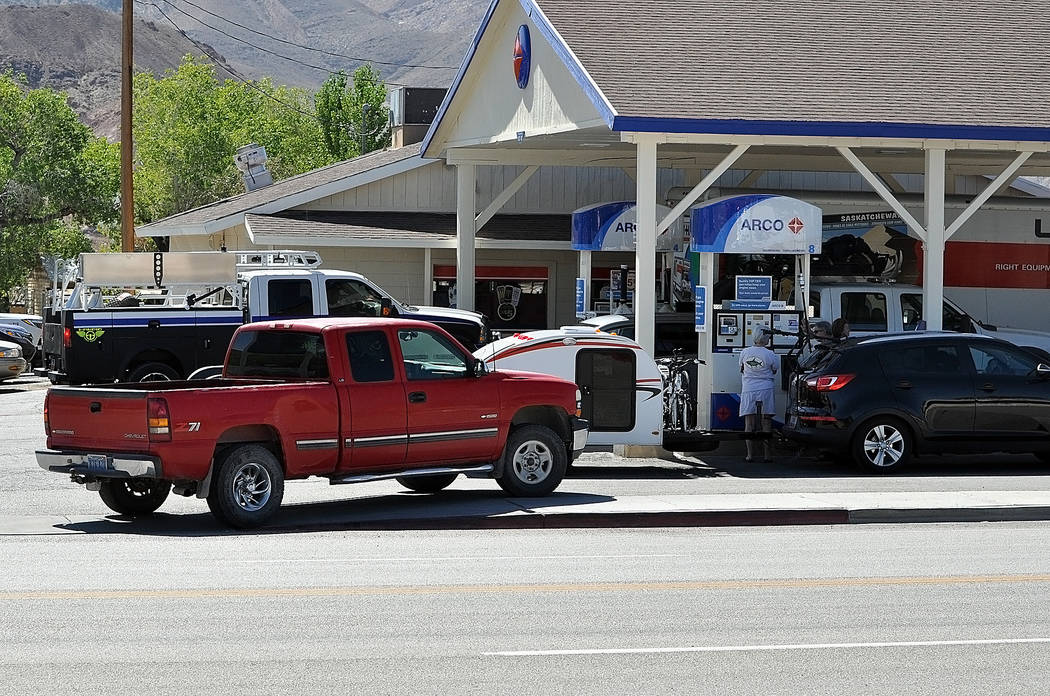 Horace Langford Jr./Pahrump Valley Times - Vegas to Reno race teams and racers jammed all the gas stations and hotels in the town. The Beatty Chamber of Commerce reported the 350 hotel rooms in the town were full for the race. 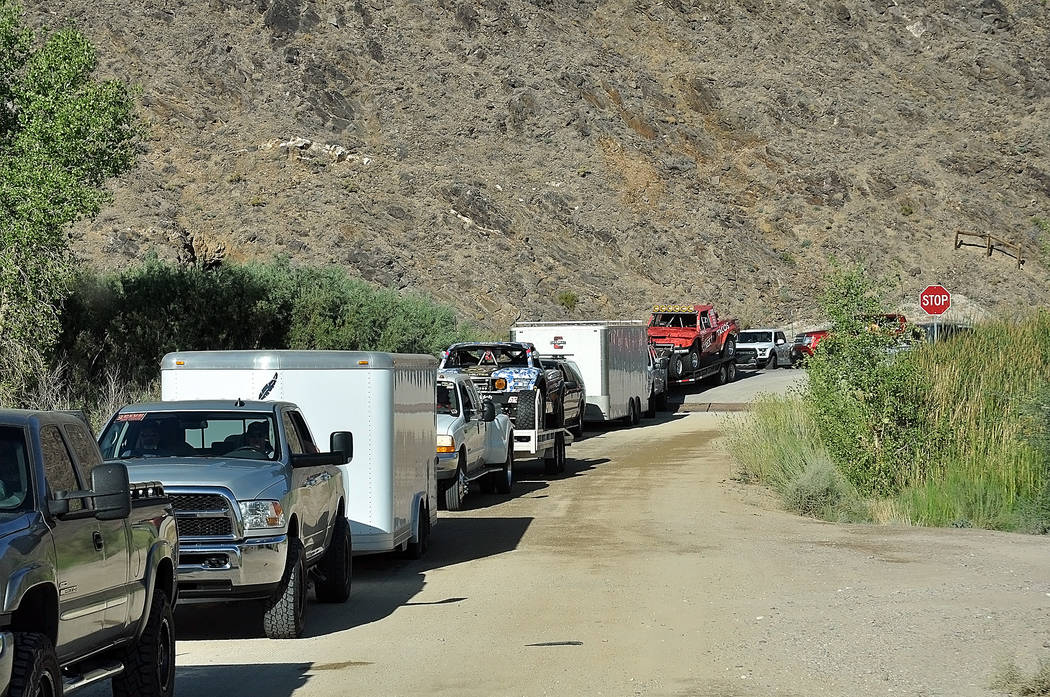 Horace Langford Jr./Pahrump Valley Times - Vegas to Reno log jam at Highway 95 and Flourspar Road. The traffic jam was from 5 a.m. until around 11 a.m. 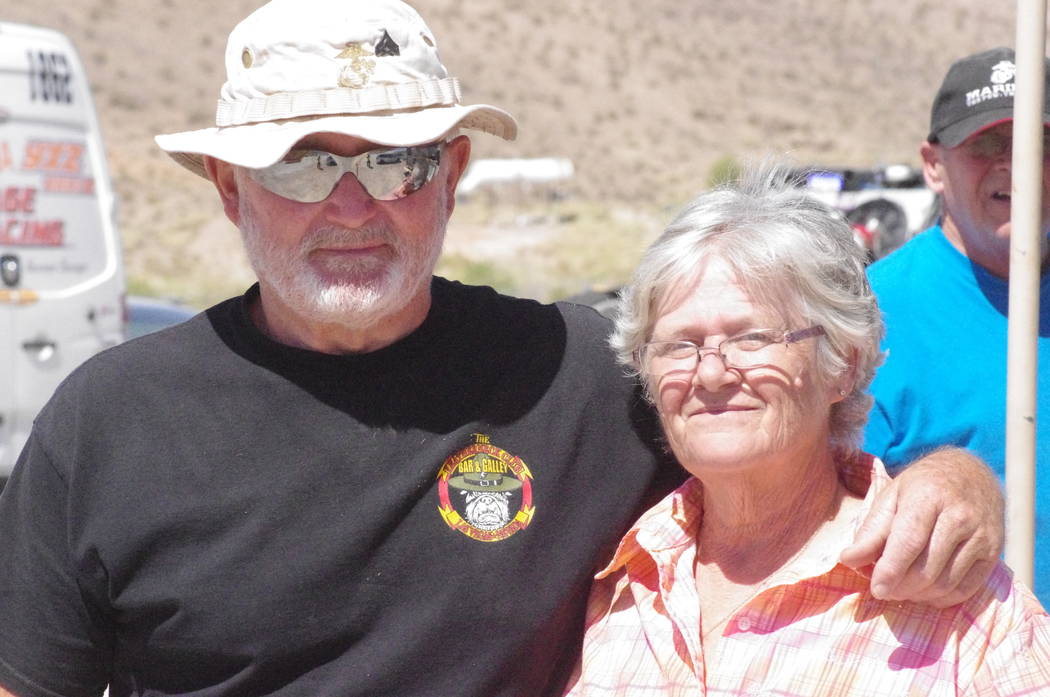 Vern Hee/Pahrump Valley Times Dan and Mary Anderson earned some extra income selling food to hungry racers and race teams at the start. There hot seller was there breakfast burrito, which they sold 140 of them.

BEATTY— They descended on the town between the hours of 5 a.m. to 11 a.m. and came by the thousands. Town residents said this year’s Vegas to Reno crowd was one of the biggest ever to hit the town.

In Beatty, the start line was off Fluorspar Road. The race generated a traffic jam at the road, which lasted until 10:30 a.m. as race teams, racers and off-road racing fans jammed into the starting line.

Highway 95 also saw a huge increase in traffic all up and down the corridor from Beatty to Dayton as support teams leap-frogged from pit stop to pit stop. There were 14 pit stops along the 550-mile course.

Beatty has around 350 rooms. The Beatty Chamber of Commerce said that all the hotel rooms sold out for the Vegas to Reno race.

All the gas stations in town were hit hard, causing the town of Beatty to run out of ice at all the convenience stores.

“It was really hectic all morning and we ran out of ice,” said employee Robin Revert, of the Rebel Gas station in town. “People were even taking other people’s gas by mistake.”

The situation was also busy at Eddie World.

“The whole town is out of ice. That’s about all we were short of,” Teresa Maciaszek, the manager of the candy store and gas station said. “I have been doing this for seven years. It has been pretty steady and we are feeling it.”

Revert Tire also got hit by the crowd.

“It was a bigger crowd than usual and I actually did more business than I usually do,” he said. “I usually sell a couple of tires but I had four sales early this morning. They just started showing up.”

The big winner of all the businesses were those selling something to eat.

Residents Dan and Mary Anderson make a living doing just that, selling food at Beatty events. The Andersons set up a food stand at the starting line where all the support vehicles set up shop.

“This is our second year doing this race,” Dan Anderson said. “They told us more people signed up for this race this year. I think we made more money this year. We sold about 140 burritos. We had pancakes and sausage too.”

The couple tries to make money at most of Beatty’s bigger events and this one is one of the biggest.

“We do hamburgers and hot dogs for Beatty Days, we do the Turkey Shoot too, and the bicycle riders and the Boy Scouts,” Dan Anderson said. “This is the biggest event out of all of them. There are more people here.”