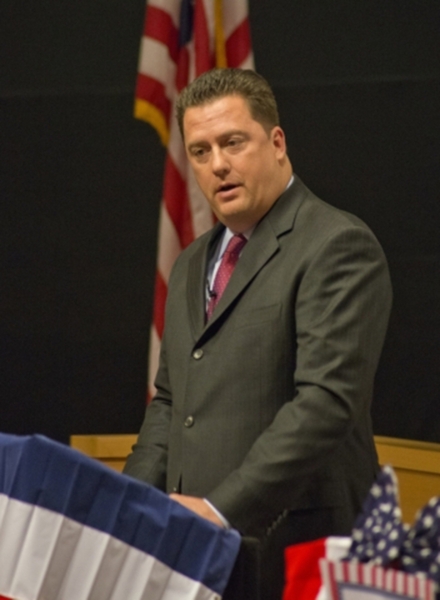 Congressional candidate John Oceguera resigned Thursday from the the National Rifle Association and criticized the powerful gun lobby organization for not supporting gun reforms in the wake of Wednesday’s mass shooting in San Bernardino, California.

The former Nevada Assembly Speaker is one of four Democrats running to challenge Republican Crescent Hardy for the 4th Congressional District seat, which includes Pahrump and Nye County, in next year’s general election.

“I am a law-abiding gun owner and a life member of the NRA who grew up in a family of hunters,” Oceguera, D-Las Vegas, wrote in a letter to Wayne LaPierre, chief executive of the NRA. “But more importantly, I’m a father and a husband. Keeping our families safe is our most fundamental priority.

“I cannot continue to be a member while the NRA refuses to back closing loopholes that allow the mentally ill, criminals, and terrorists to buy guns in this country.”

Fourteen people were killed and 21 injured Wednesday when at least two people, a man and his wife, opened fire at a holiday party being held at a center that serves people with developmental disabilities.

The couple identified as Syed Farook, 28, and Tashfeen Malik, 27, were killed hours later in a shootout with police.

“Gun violence has become a sickening epidemic in our country that we cannot ignore,” Oceguera said. “The American people are left reeling after these senseless mass shootings far too often, more than 350 times so far just this year. Enough is enough.”

Oceguera is one of four Democrats wanting to unseat Hardy: Ruben Kihuen, a Nevada state senator; Susie Lee, a philanthropist and Lucy Flores, a former assemblywoman, are also running.