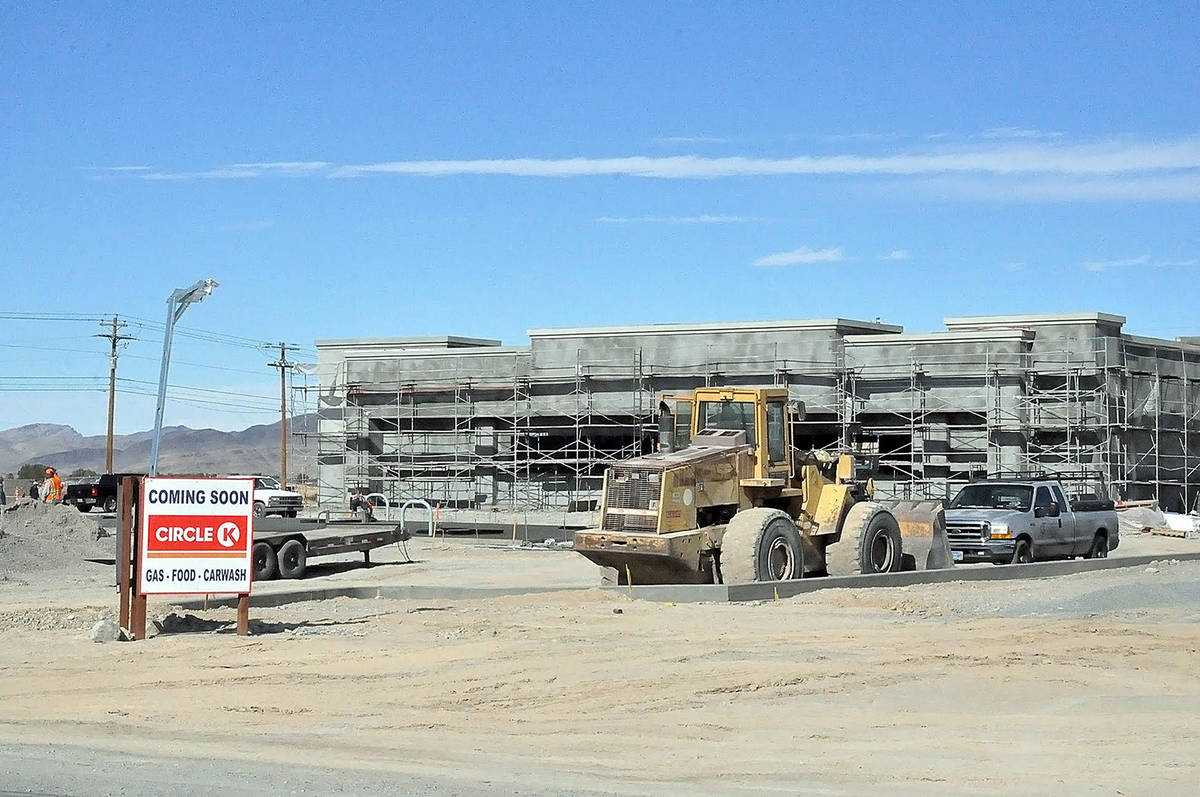 Horace Langford Jr./Pahrump Valley Times Taken Monday, Jan. 18, this photo shows the site at which the valley's newest gas station, a Circle K, is being built. 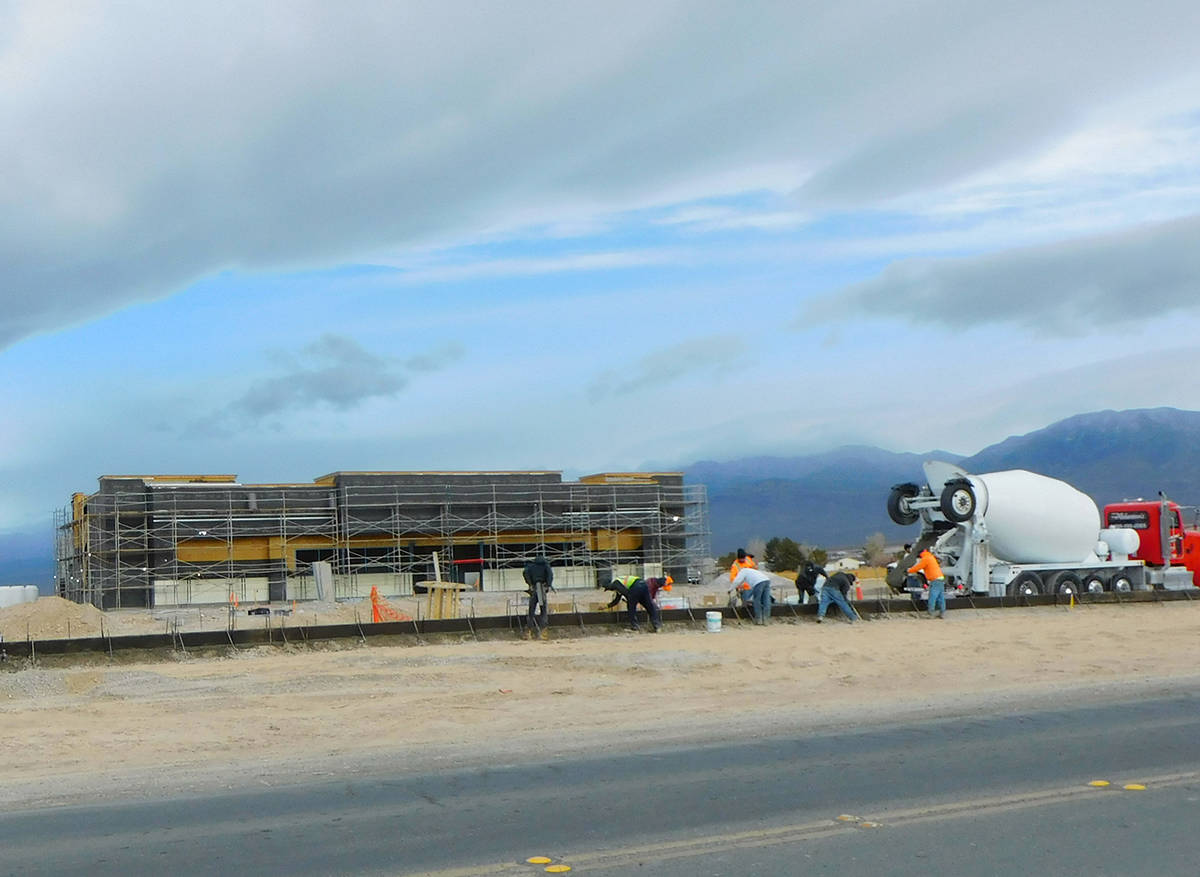 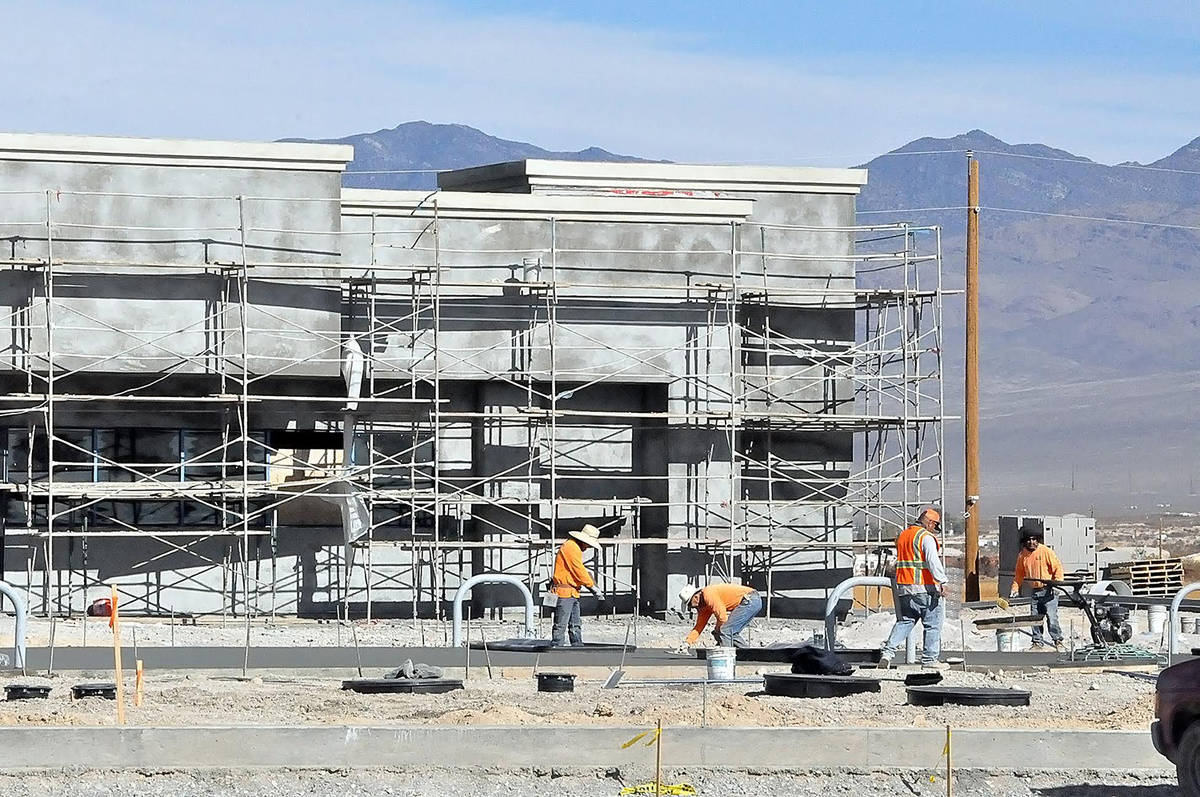 At the corner of Blagg Road and Basin Avenue, a very busy intersection not far from the center of town, a brand new gas station is being built.

The new Circle K has been steadily taking shape over the past six months and though work crews were not quite able to wrap up the job by the originally estimated completion date of Christmas, 2020, officials with MO Construction LLC, the contractor undertaking the work, said they are optimistic that the Circle K will see its doors opening in the next month or so.

“Yes, we are pushing as hard as we can to finish by mid-February,” MO Construction Chief Executive Officer Mehdi Owliaie told the Pahrump Valley Times on Jan. 18 when reached for comment on the status of the project.

Owliaie noted that there were several factors that influenced the extension of the timeline to complete the gas station, including change orders made at the request of the owners, Pahrump Investment LLC, and of course, impacts to the construction industry as a whole due to COVID-19.

The initial plans for the new Circle K called for a convenience store along with eight regular fuel pumps, enough to service a total of 16 vehicles at a time, and an automated car wash tunnel.

Owliaie said the owners had been considering expanding the gas station itself to include pumps to serve larger vehicles, such as RVs, and they eventually decided to take that route, leading to the need for additional time to finish the project.

The original plans for the car wash, too, had changed and this also created some delays, which Owliaie remarked is not entirely uncommon as structural changes go hand in hand with the need to adjust engineering plans and return to the permitting process.

“We added two gas dispensers for RVs and buses and the size of the car wash changed from 40 feet long to 80 feet long and about two feet wider which, when you make a change that, it seems to be insignificant but yet you have to go to the drawing board and change the structural calculations,” Owliaie explained, adding that those changes all needed to be approved by the Nye County Planning Department.

“Also, we’ve been affected by the pandemic,” Owliaie continued. “And believe it or not, it’s mainly some of the largest companies in the country that have been forced to lock down, so therefore, there have been no supplies, such as ceramic tiles and decorative stone for the outside. And there’s really no one to blame, it’s just an unfortunate scenario that everyone in the world is dealing with.”

The new Circle K is being constructed on a 2.2 acre parcel at 40 E. Basin Avenue.

Of course, many of those who have been watching the building rise from what was once blank dirt will be wondering when they will be able to apply for one of the new jobs that will be created once construction is complete.

No job postings have been listed as of yet. However, those interested in applying in the future can go to www.workwithus.circlek.com and click on the “Stay Connected” link under the “Join Our Talent Network” section, where they can sign up for notifications regarding employment when positions do become available.