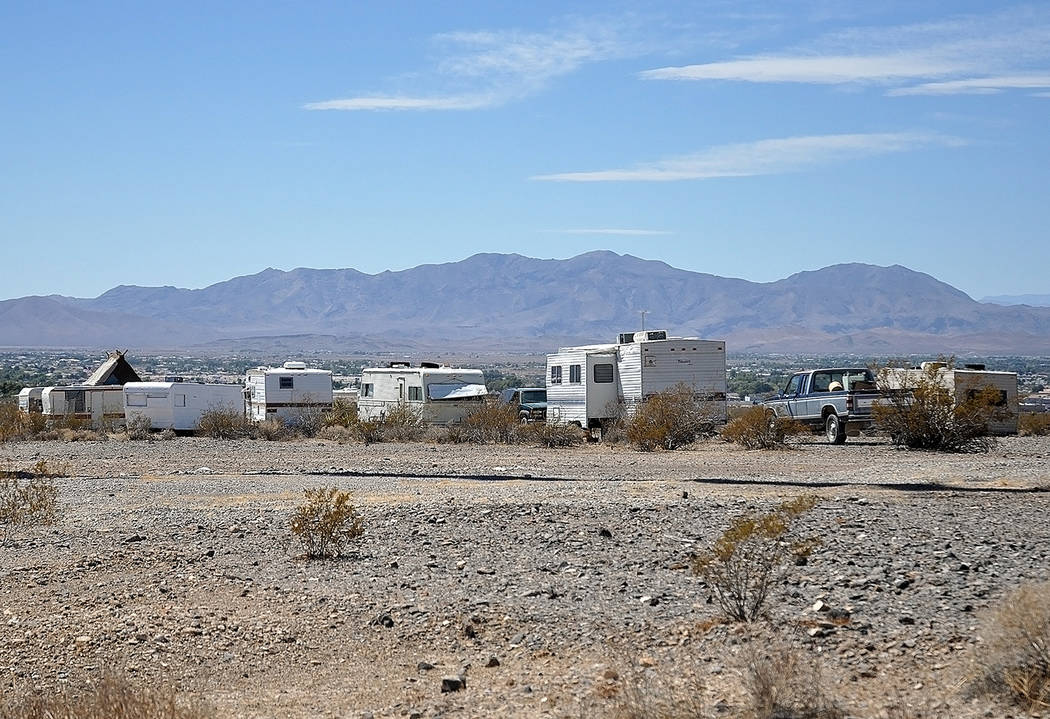 An Oct. 12 article in the Pahrump Valley Times on the removal of residents of a homeless encampment in Pahrump by Nye County authorities contained contradictory information about the decision-making process that led to the campers being considered trespassers rather than squatters.

District Attorney Angela Bello and Sheriff Sharon Wehrly have clarified that the sheriff’s office consulted with an attorney in the DA’s office and received the legal opinion that they could be trespassed — or immediately removed — from the property in accordance with the owner’s wishes.