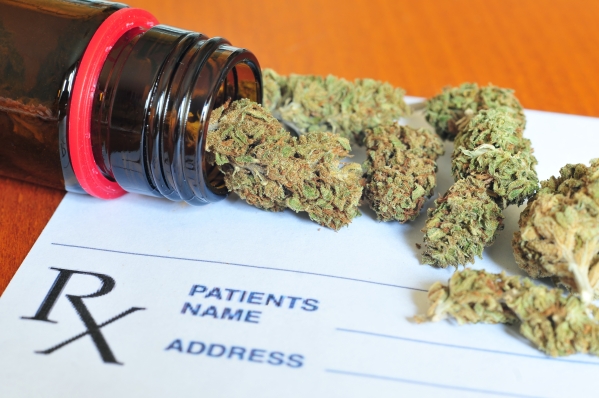 Laura Oslund, director/community educator for NyE Communities Coalition, has found herself in a dilemma as of late.

The burgeoning popularity of the medical marijuana industry in Nevada appears to be in direct conflict with her longtime anti-drug message, as part of the coalition, after the legislature passed a law allowing regulated dispensaries and cultivators to serve the state’s medical marijuana patients.

Though the issue has since crossed the Rubicon, Oslund, who serves as the coalition’s substance abuse prevention specialist and educator, remains firm on her anti-marijuana message.

“I am disappointed because the general public is not being told everything about medical marijuana,” she said. “I always use quotes around the term ‘medical marijuana’ because I do not necessarily believe that it is medical at this point in time and I urge people to do their own research.”

Through her research, Oslund said the substance, Cannabidiol (CBD) is one of at least 85 active cannabinoids identified in marijuana, and is considered to have a wider scope of potential medical applications than the compound tetrahydrocannabinol (THC), which gives marijuana users their “high.”

She suggested that marijuana growers are focused more on producing strains of marijuana with higher amounts of THC, rather than the CBD’s.

“The beneficial part of marijuana is the CBD and if you go to any dispensary, which I refer to as ‘dealerships,’ in my head, you will see that it is a high THC number and low CBD’s. For them to call it beneficial, I believe is wrong because they are taking out the part that has been proven to be effective, and is very low on what is being dispensed.”

Oslund also said through her research, she has learned the levels of THC are now at an all-time high.

“I don’t like to say how old I am, but if you look at the strength of the marijuana when I was a youth in the seventies, it was maybe 3 percent THC, and now it is upward of 24 to 27 percent,” she said. “The hash oil that they are using is upward of 80 percent. People should do their own research and find out more about it and the way it is being dispensed.”

The most common method of ingesting marijuana is smoking the plant.

With the advent of legalization in several states in recent years, the use of edible forms of medical and recreational marijuana such as brownies, gummy bears, along with candy and cookies, are gaining popularity among its users.

Oslund said the industry is sending the wrong message to children.

“With the gummy bears and the cookies and the brownies in edible form, I think it makes it more attractive to children,” she said. “The kids are eating them and if you see them all sharing one brownie between 12 people that might be an indication that maybe it isn’t just a regular brownie. In Colorado and other states, it is already happening. Some kids don’t even know what it is that’s inside the so-called medication.”

Additionally, Oslund noted that both children and adults can get confused and accidentally ingest the wrong edible.

“I also believe the edibles are not being packaged in what would be a prescription form,” she said. “We have gummy vitamins and stuff. If I’m carrying a brownie, is anybody really going to say or ask if it’s a marijuana brownie or is it just a regular brownie?”

Last month, the U.S. Senate passed legislation which included a provision that would allow the Department of Veterans Affairs doctors to recommend medical marijuana to patients in states where it is legal.

In recent years, many doctors around the country have given their respective support on the use of medical marijuana for patients.

Oslund said she is not swayed by the revelation.

“There seems to be a few that are recommending medical marijuana for many of their patients,” she said “It’s not always their regular position. They don’t know your history, they don’t look at your medical records and there’s no definition for what these patients are getting their medical marijuana cards for. How is that valid? There are bona fide doctors who swear by it and if you look at it, most of it is the high CBD and low THC. High THC negates whatever benefits the CBD has. If you do the research.”

Oslund also suggested the medical marijuana is not under the same scrutiny as other regulated drugs.

“We would never accept it from anything else, she said. “Look at everything that every pharmaceutical company has to do to get a medication on the market and that is not happening with the medical marijuana. With OxyContin, if a doctor told their patients just have at it, would we accept that format? As a society, we are now dealing with the problem of types of prescriptions of opiates.”

In 1970, lawmakers classified marijuana as a dangerous Schedule I drug, in the same category as LSD and heroin, under the Controlled Substances Act.

That classification is for drugs that have no medicinal purpose, are unsafe even under a doctor’s supervision and contain a high potential for abuse.

In addition, Schedule I drugs include Ecstasy and mescaline.

Supporters of medical marijuana are demanding the drug should fall under a less serious category.

By comparison, prescription drugs with less than 15 milligrams of hydrocodone per dosage unit, such as Vicodin, OxyContin, cocaine and methamphetamine, are classified under the Schedule II category, which is defined as drugs with a high potential for abuse, and less abuse potential than Schedule I drugs.

“If you are looking at 27 percent THC, yes, I think it is a dangerous drug,” she said. “Some of the research has shown that marijuana will not cause psychosis or schizophrenia, but will trigger it. My research has shown that marijuana can have an adverse effect on someone diagnosed with post-traumatic stress disorder. You also want to look at how marijuana affects someone and how it brings out paranoia and paranoia is not a good thing for someone with post-traumatic stress disorder.”

Next year Nevada voters will cast ballots on whether the state should make recreational marijuana legal to adults 21 years and older.

Oslund declined to comment on that issue, other than to say, “I don’t ever want to say, there could be something positive on the horizon.

“There’s a plus to what is going on with the medical marijuana industry right now,” she said. “If there is one positive aspect on all of this, it’s that they are actually doing more research on it and the effects of marijuana.”