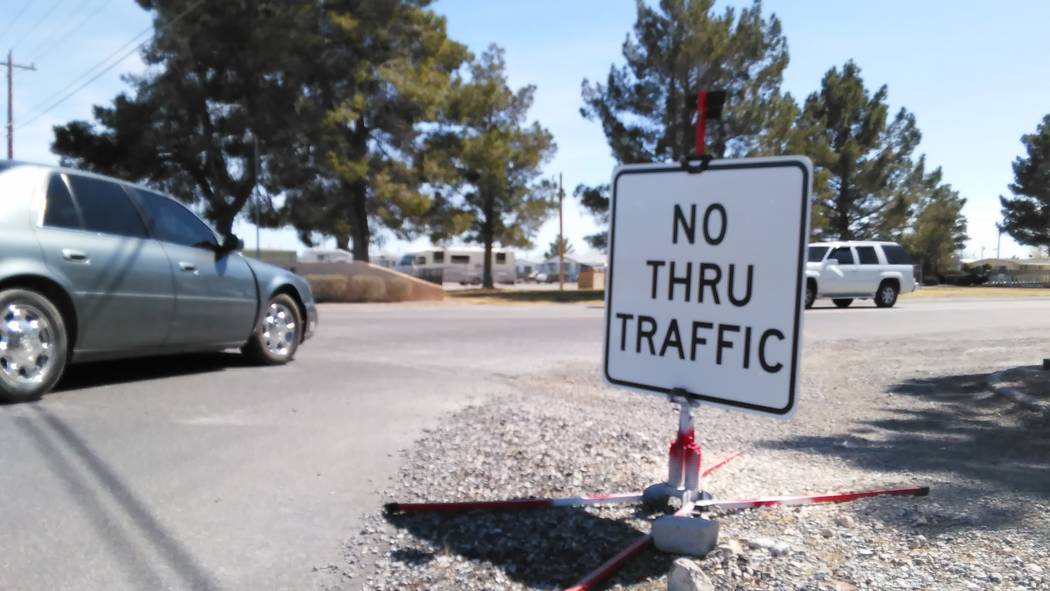 Officials with the Comstaock Park Homeowners Association are concerned about the safety of residents and increased traffic when vehicles cut through the community to access Highway 372 due to the roundabout construction project in the area. The issue will likely be discussed during tonight’s HOA board meeting at 6 p.m. Selwyn Harris / Pahrump Valley Times 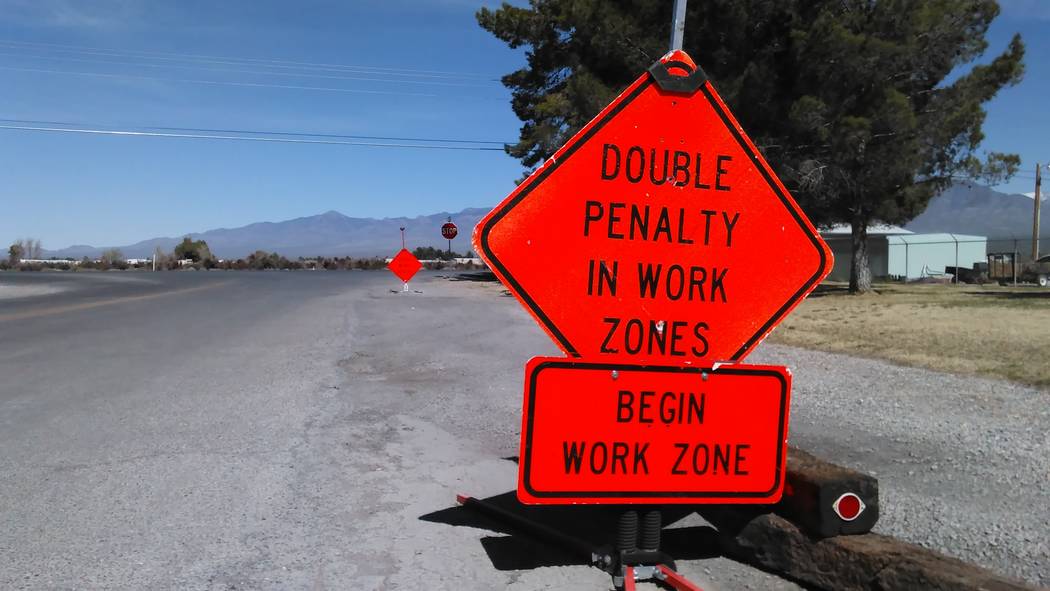 That’s what residents of the Comstock Park community have been enduring after construction began on the roundabout project at Blagg Road earlier this year.

She said her patience is wearing thin with drivers constantly disobeying detour signs, as well as stop signs.

“The drivers are not obeying the signs placed at the entrances and exits of Comstock Park,” she said. “When they come through here they will go around the corner while speeding and go out the other side. They also blow the other stop sign. I’ve actually approached people who said they didn’t see the stop sign.”

Exceeding the speed limit inside the community is also a concern for Howarth, as it relates to pedestrian traffic.

“The speed limit in the community here is 20 miles per hour,” she said. “We have a lot of children who walk back and forth to the bus stop during the school day. We also have a lot of senior citizens, but we have no sidewalks here. A lot of elderly residents and disabled people ride their scooters here and I am afraid someone’s going to get hurt badly or even killed out here someday.”

Last month, the Nye County Sheriff’s office stepped up traffic enforcement in the Comstock community as well as Pahrump Valley Boulevard where drivers routinely use the Big O Tires parking lot as a thoroughfare to access Highway 372.

The sheriff’s department has picked up patrolling around here, which is a good thing,” she said. “I do understand that they have a big area to cover, and we really appreciate any additional help that they are providing.”

Additionally, Ingram said the fact that the county maintains the roads in Comstock Park, presents another challenge.

“These are county roads that go through the community, so technically we can’t really stop them from cutting through,” she said. “I’ve almost been taken out a couple of times coming to work because the streets here are so narrow. I have even seen people driving through here while they are texting. I do know that sheriff’s deputies have been coming through here more than they used to.”

Howarth, meanwhile, said the roundabout paving contractor is doing its best to assist with the situation.

“Since Las Vegas Paving put out the road closed signs, we have people who come up and see the sign, then they do a U-turn and go back,” she said. “Las Vegas Paving also gave me some yellow caution tape to put up, but one of our residents tore it down so he could get through.”

Howarth did lament the fact that it’s virtually impossible to determine who are actually Comstock Park residents and who are not.

“It’s hard to know who actually lives here and who is using our community to cut through to get to the highway,” she said. “We don’t have stickers or anything like that for our residents. In order to really monitor it, you would have to have two people at both entrances of the park. They would have to use walkie-talkies or something. That would also require having to pay people to do that.”

Howarth said the Comstock Board of Directors has scheduled a board meeting tonight.

She’s hoping to get input from attending residents, beginning at 6 p.m.

In the meantime, Howarth said the project can’t be completed soon enough for her or the residents.

“I was told it would be finished by June 1st,” she said. “So we have the rest of March, April and May. It’s still going to be another two and a half months of this. We have had numerous complaints from residents here about drivers cutting through the community. The signs say that there’s no through traffic and we have had our stop sign ignored too many times.”