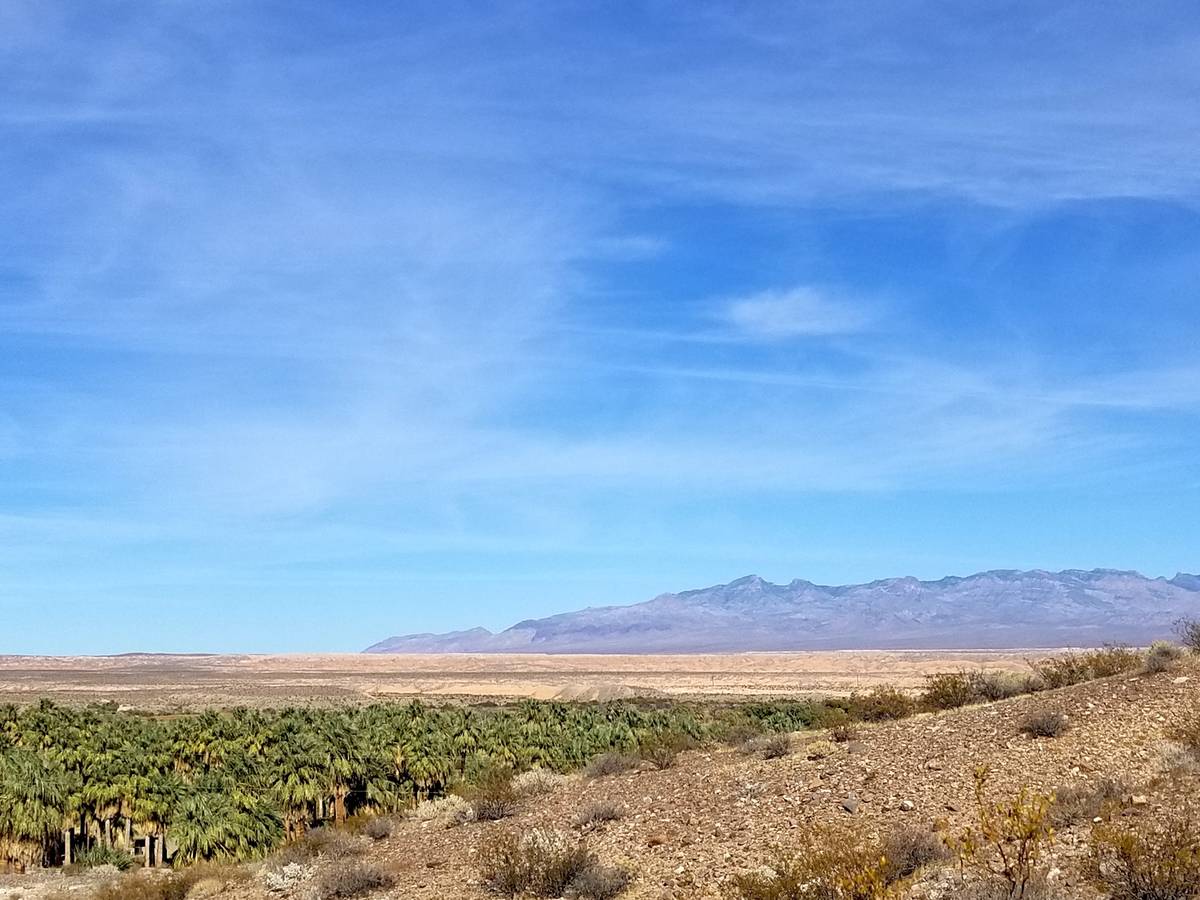 Natalie Burt/Las Vegas Review-Journal A push for expansion onto large swaths of land in land, including in the Desert National Wildlife Refuge, failed in Congress.

Congress denied the Defense Department’s request to seize more than 1.7 million acres of public land in Nevada for bombing ranges, including the proposed expansion of the Fallon Range Training Complex that would include portions of Nye County.

The announcement follows a five-year grassroots campaign by public land advocates, Native American tribes, and activists to stop the expansion.

The Air Force’s proposal to seize 1.1 million acres of the Desert National Wildlife Refuge, the largest refuge in the lower 48 states, drew pushback from entities across Nevada and the nation. The military’s proposal to seize 600,000 acres of land in Central Nevada that included portions of Nye, Mineral, Churchill, and Pershing counties, was criticized by Nevada conservationists and indigenous tribes.

Both proposals were blocked in the final conference committee report for the annual defense policy bill, the 2021 National Defense Authorization Act.

“This is a monumental victory for public lands, wildlife, and the people of Nevada,” said Patrick Donnelly, Nevada state director at the Center for Biological Diversity, which helped lead the coalition opposing the proposed land grabs. “We were told we had to cut a deal or risk losing everything. But this coalition showed steely resolve and it paid off. Our public lands have been saved from military seizure.”

According to the press release put out by the Center for Biological Diversity, tribal leadership was central to the campaign that fought against the military’s expansion.

The Moapa Band of Paiutes, Las Vegas Band of Paiutes, Fallon Paiute-Shoshone Tribe, the Intertribal Council of Nevada, and the National Congress of American Indians passed resolutions opposing the land seizures and made numerous trips to Washington, D.C., to lobby Congress, the release said.

“Nevada’s Native American nations played a crucial role in securing this victory,” said Donnelly. “Their determined advocacy for their ancestral lands was decisive in achieving this outcome.”

In its Dec. 3 final report, the conference committee encouraged the Defense Department to “continue to work with the committees of jurisdiction, the Nevada congressional delegation, state and tribal stakeholders to secure a mutually-agreed-upon expansion.”