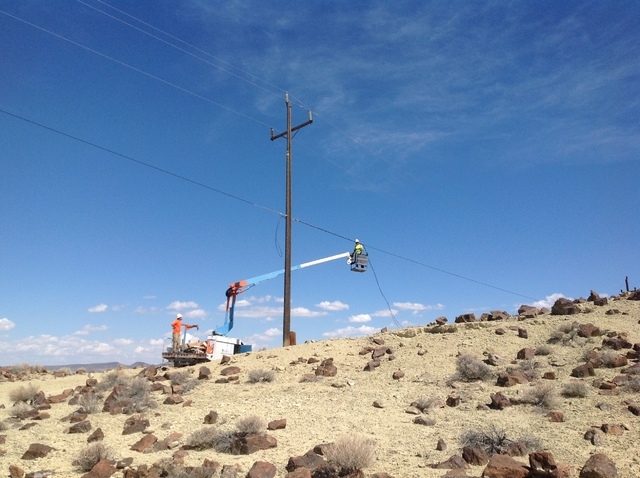 Rural Nevada hospitals, schools and other entities will soon have the opportunity to access faster broadband connections than ever before. The public can benefit, too, assuming local wireless phone and Internet providers are interested in purchasing the service wholesale and offering it to residents.

The NHA has been working on the first phase of the transmission lines for over two years and completed the first 140 miles of the fiber network from Reno to Silver Springs in late August.

There are three entities involved in the construction, marketing and management of the network which will allow rural areas to effectively increase tele-medicine to advance dramatically. NHA received the $19 million grant and hired Optica Network Technologies to plan the route, conduct the feasibility studies and oversee the construction. Nevada Broadband Network is the managing and marketing partner.

The network will connect southern Nevada health care facilities to northern Nevada with a direct connection within the state’s border. Once it is in place, economic development opportunities will follow.

The completed segment runs from downtown Reno, through Carson City, and terminates in Silver Springs. Future segments will continue along the U.S. 95 corridor from Silver Springs through Yerington, Schurz, Hawthorne, Tonopah, Goldfield, Beatty and Pahrump before terminating in Las Vegas.

Nevada Broadband Network (NBN) President John Clayton said, “We were supposed to be providing service to Pahrump already. The biggest holdup has been getting right-of-way from 866 private parcels and easements from the Bureau of Land Management, the Fish and Wildlife Service and the National Department of Defense.”

He said 80 percent of the easements were across federal lands. “You can imagine the bureaucracy involved with getting them,” Clayton said. He added all of the easements should be completed by the end of October.

NHA has also partnered with Valley Electric Association and NV Energy to use its “transmission pulls.”

The completed network will initially provide up to a gigabit of capacity to customers along the route. According to the NHA, in addition to serving its member hospitals, many local community anchor institutions, such as schools, libraries, and local government facilities, will have access to the service. Private entities will have the opportunity to purchase capacity to provide improved cellular service, data transport and expanded Internet service to local customers.

Desert View Hospital will be the anchor point in Pahrump and Clayton said the Nye County School District has expressed an interest in using the network as well. “The schools are interested in using the algorithms for testing.

Algorithms automatically calculate and make adjustments to the testing. Clayton said, “For instance, if a student starts a test and answers the first few questions correctly, the software program specifically designed for schools, will make the questions harder until the student levels out on transmitting answers through the software. It will show how much they know about the subject matter.”

He said the installation and setup for medical facilities is free, but those institutions will have to pay for the faster speeds.

“DVH is paying about $2,500 per month for its service and only transmitting at 45 megabytes. We plan to keep our pricing competitive but offer more,” Clayton said.

It’s going to be a slow, trickle-down process before it becomes available to the general public. Clayton said CMA Access, the local cable company, has also expressed interest even before NBN has begun marketing.

“The majority of users will be cell phone providers but in an ideal world, we will also be selling service to cable companies, local phone companies and wireless Internet providers.