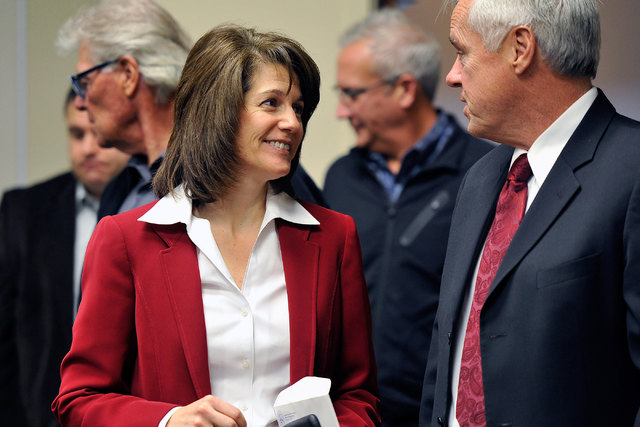 The initial list of “Nevadans for Masto” released Thursday includes 13 community leaders from Southern Nevada and six from Northern Nevada.

“I am honored to have the support of such a diverse coalition of leaders from across our state who share my commitment to protecting Nevada families,” said Cortez Masto. “I’ve spent my life fighting to protect Nevada seniors, children, women, consumers, and homeowners from predators. It’s what I did as Attorney General, and what I will do if elected to the United States Senate.”

Cortez Masto served two, four-year terms as attorney general but was termed out. She sat out the 2014 election as she considered her next step.

Bryan, a former governor and one of the state’s most respected Democrats, will co-chair her campaign.

“I know what it takes to be an effective senator, and I know that Catherine has it,” Bryan said in a statement. “As Attorney General, Catherine made protecting Nevada families her first priority. She went after scam artists, worked with law enforcement to combat drug abuse and sex trafficking, and was an important partner in the fight to prevent Nevada from turning into a nuclear waste dump.”

“I can think of no one better qualified to protect Nevada families in the Senate,” Haley said in a statement.

Merida, head of the Latin Chamber of Commerce and a registered Republican, said, “The Latino community is excited about electing Catherine to be the first Latina ever elected to the United States Senate. Catherine will be a strong advocate for the issues that matter to our community: creating jobs, improving education, and passing comprehensive immigration reform.”

No major Republican has yet to enter the race. State GOP leaders see Republican Gov. Brian Sandoval as the strongest potential contender for the open seat, though he hasn’t shown interest in the job. U.S. Rep. Joe Heck, R-Nev., is now considering the race after being pressured to run.