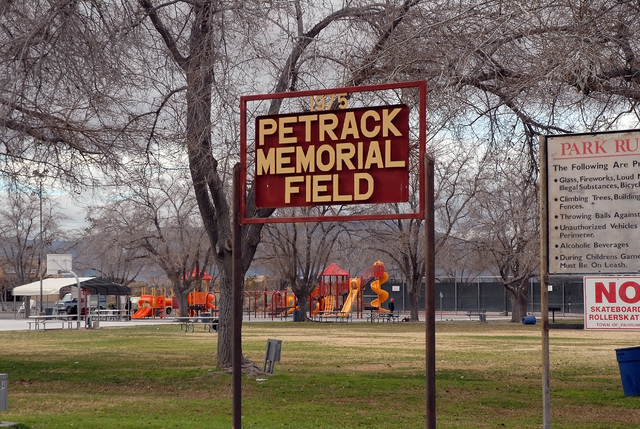 Petrack Park will get new lighting after Nye County commissioners approved a bid from Industrial Light and Power. The firm will replace poles and lighting at the park for $429,000. Horace Langford Jr. / Pahrump Valley Times 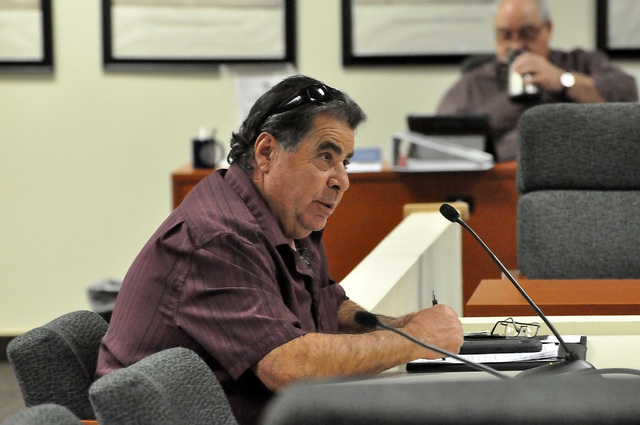 Nye County commissioners approved a $429,000 bid from the Pahrump company Industrial Light and Power to redo the lighting at Petrack Park. Matt Luis, Town of Pahrump Buildings and Grounds manager said the money will pay for replacement of poles and lighting at Petrack Park fields next to Bob Ruud Community Center and behind the swimming pool. Horace Langford Jr. / Pahrump Valley Times 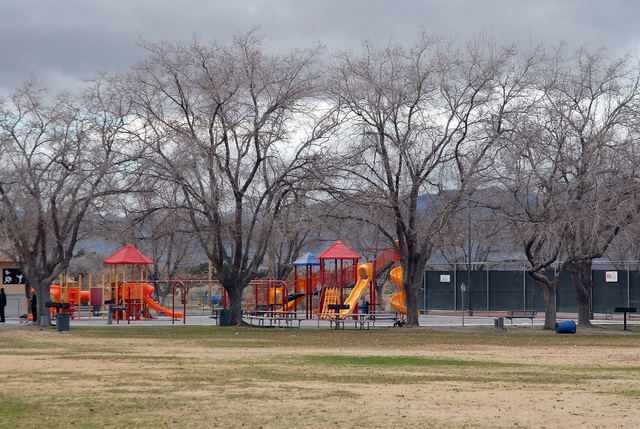 Horace Langford Jr. / Pahrump Valley Times Petrack Park will get brighter after Nye County commissioners approved a $429,000 bid for the park's lighting. No money however has been allocated for the skate park located at Ian Deutch Memorial Park. Officials and several Pahrump residents have been trying to raise money for the park for the last couple of years, as the venue currently lacks infrastructure.

Pahrump’s Petrack Park will get brighter after Nye County commissioners approved a bid for its lighting.

Nye County commissioners approved a $429,000 bid from Industrial Light and Power. The bid will be paid for by the money from the Pahrump’s town fund.

The money will pay for the replacement of poles and lighting at Petrack Park fields next to Bob Ruud Community Center and behind the swimming pool, officials said.

Matt Luis, Town of Pahrump Buildings and Grounds manager, said Pahrump had already put some money into one field’s lighting in the park.

Luis said no money has been allocated for the lighting at skate park located at Ian Deutch Memorial Park. Officials and several Pahrump residents have been trying to raise money for the park for the last couple of years, as the venue currently lacks infrastructure.

“It’s the bang for a buck,” Luis said. “We are serving hundreds of our community members playing softball and baseball and we feel it’s the smartest way to spend the money we have available,” Luis said.

“I understand that there’s probably more of a major need for this, but at the same time, all of our citizens pay taxes and all of our citizens count,” Cox said. “And just because they have a different project, doesn’t mean they need to be put on a back burner all the time.”

The town of Pahrump will pay Industrial Light and Power for furnishing all materials, equipment and labor and conducting work in accordance with relevant plans and specifications and “to the satisfaction of the town,” according to the documents.

Partial payments will be made once each month, based upon progress estimates made by the contractor, the documents said. Ten percent of the amount will be deducted and retained by the town until after the completion of the entire contract. After 50 percent of the work is completed, the town may reduce the retained amount to no less than five percent of the value of the completed work.