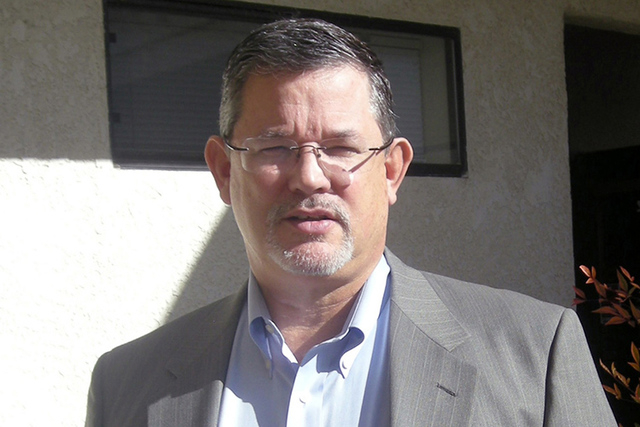 After lending his support to Assembly Bill 464, which represents one of the largest tax packages in state history, Assemblyman James Oscarson is catching flak from the county’s Republican party.

However, the two-term assemblyman and Pahrump resident hopes to sit down with critics and discuss everyone’s position after emotions settle.

“I can explain to them why I made the decision I did,” Oscarson said. “Right now there is a lot of anger and hostility, and I am not convinced that there is a lot of things that can occur in those kinds of conversations (at this point).”

The Nye County Republican Party sent out a press release stating that they were no longer in support of Oscarson, or Gov. Brian Sandoval.

“Be it resolved that Governor Brian Sandoval and Assemblyman James Oscarson, due their betrayal of the trust and responsibility to Republicans, have made themselves unwelcome to enjoy the privilege of being honorary members of the Nye County Republican Central Committee,” the NCRP said in a statement filled with various attacks of the pair of politicians.

AB 464 is a $1.1 billion package of new and extended taxes, adopting Sandoval’s education agenda and determination to set up Nevada’s workforce for a high-tech economy.

On a 30-10 vote, the Assembly amended Senate Bill 483, also known as the “sunset bill” that also adds a $1-per-pack increase in cigarette taxes, with provisions of Assembly Bill 464, Sandoval’s latest tax compromise that includes a business gross receipts “commerce tax” imposed on revenue of $4 million or more.

Oscarson explained that everyone has a right to do and think as they please, but he hopes he can meet with those who renounced their support of him in order to explain why he chose to back the bill.

“They’re certainly entitled to their thought and their opinions, but I hope at some point in time we can sit down together and discuss things,” Oscarson said.

Chuck Muth, president of Nevada-based Citizen Outreach agrees with the Nye County Republican Party renouncing its support for Sandoval and Oscarson, saying that he believes they weren’t hard enough on them.

“I thought that they were a little too gentle on them,” Muth said. “They probably should have been a bit stronger but you know, I’ll take what they said. It was pretty good.”

Muth said he concurs with the Nye County Republicans and its stance on AB 464 stating, “I think that Representative Oscarson did indeed defraud the voters of his district. I think he should be ashamed of himself. He ought to be embarrassed of what he did and he should probably resign immediately, and not even wait on the next election.”

Oscarson said that he intends to stay at his current position.

“I was elected to to do a job and I am here until the next election, then I’ll run again then and see what the public decides to do,” Oscarson said. “I fully believe they will continue to support me.”

Muth, a backer of Grover Norquist’s taxpayer protection pledge to oppose new tax revenue, said a group called the WeDecideCoalition.com has been formed to put Gov. Brian Sandoval’s revenue plan on the 2016 ballot as a voter referendum.

Since voter turnout was so low in the 2014 general election, Muth said shouldn’t be too tough to accumulate enough signatures to put the tax plan on the ballot. Ten percent of those who voted last year would have to sign the petition, which amounts to around 55,000 signatures, Muth told the Las Vegas Review-Journal.

That plan is in its infancy, but Muth explained on Monday that he was in the process of putting it all together.

“We’re looking into the legal aspects of it and the mechanics of what would have to be done in order to put it on the ballot,” Muth said. “So we’re trying to draft budgets and whatnot. We have got tremendous support from people who want this thing on the ballot.

“The voters rejected a gross receipts tax overwhelmingly last November, and then the legislature passed on anyway, and they’re angry. They want a chance to voice their opinion.”

With SB 483 affecting business in Nevada, Muth urges them to join his fight, as they will end up paying a big price in the end if they don’t.

“And unless Nevada’s business community wants to pay the millions of dollars this new gross receipts tax is going to steal from their bottom lines, they should not only join the WeDecideCoalition.com, but pony up the couple hundred thousand dollars needed to obtain the number of signatures required to put this referendum on the 2016 ballot,” Muth said.

Muth said he thinks the effort will pay off, as he explained all it takes is generating the funds to get the amount of signers needed to have it added to the ballot next year.

“All it takes is money, and if the business community is as upset as they should be, with what this is going to cost them, I mean millions and millions of dollars, the amount of money necessary to put this on the ballot is just a by comparison,” Muth said. “So I am confident that we can raise the money to put this on the ballot, if we raise the money to gather the signatures, then I think the chances are very, very good.”

Seven referendums have qualified for the Nevada ballot, and six were approved by voters since the process was authorized in 1908. The last time it was used was in 1990 to maintain Nevada’s current laws regarding abortion. It passed.

Oscarson explained the tough decision he made in press release sent out on May 31, explaining why he was in favor of AB 434.

“I came into office committed to the good fight against more taxes and more spending,” Oscarson said in the press release. “What’s more, I proudly represent the most fiscally conservative district in Nevada. Torn between taxes and the governor’s plan, I faced one of the most difficult choices of my life.

“And while I believe supporting the governor is the right thing for Nevada, it is not the easy thing, especially for me. I know that we will be asking for more sacrifice from those who already do so much. I applaud that sacrifice, and hope to honor it with the work we have done this session.”