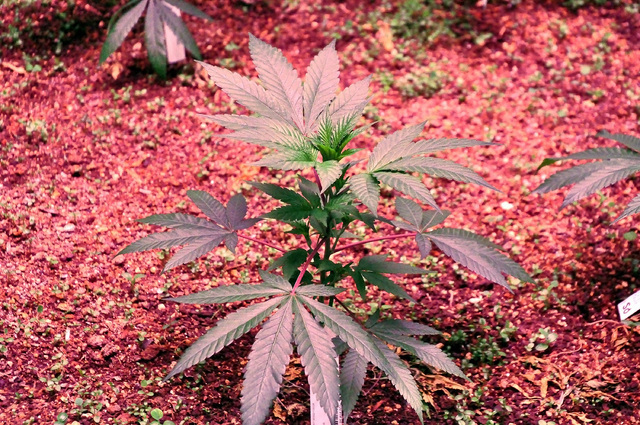 Nye County commissioners removed the requirement for waste grinding from the administrative guidelines pertaining to medical marijuana waste disposal. As part of the amendment, medical marijuana businesses also will be able to dispose of waste on designated farmland. Special to the Pahrump Valley Times

On Tuesday, Nye County commissioners removed the requirement for waste grinding from the administrative guidelines pertaining to medical marijuana waste disposal. As part of the amendment, medical marijuana businesses also will be able to dispose of waste on designated farmland.

“In several areas, we are more restrictive than state law,” said Nye County Planning Department Director Darrell Lacy. “One of these was in waste handling, in an abundance of caution we have required all waste to be mixed with dirt or manure and ground, then placed in a secure dumpster for disposal in the landfill.”

In the beginning quantities were small, but with more medical marijuana businesses operating at a higher capacity, officials decided to revisit the requirement.

Lacy said the stems and root balls of the plants grown at medical marijuana businesses have less than 0.3 percent of THC, or tetrahydrocannabinol, the main active ingredient in cannabis.

Nye County commissioners approved mixing it with dirt or manure and disposing of it on farmland rather than putting it in a landfill. The licensee must include their method in the security plan and get approval.

“Grinding adds to the odor as they do that out of doors and the other change was so that material can be used for soils on ‘designed farmland’ as the planning director decides so we do not fill the landfill with soil and green waste,” Nye County Commissioner Dan Schinhofen said in an email.

According to the documents, businesses will have to render marijuana plant waste unusable by incorporating the marijuana plant waste with non-consumable solid waste such as dirt, manure or other materials so the resulting mixture is at least 50 percent non-marijuana waste by volume. The waste should be placed in a sealed bin for delivery to a franchised or licensed solid waste facility for final disposition, or by disposal upon designated farmland as approved by the Nye County Planning Department director.

All medical marijuana licensees have an inventory control plan that tracks seed-to-sale of all material, including waste disposal and the information also gets recorded by the state of Nevada.

In 2013, the Nevada Legislature voted to allow medical marijuana dispensaries and cultivation facilities.

Recreational marijuana will hit the Nevada ballot on Nov.8.

“If it passes, the Legislature will need to pass laws, and the Department of Taxation is the agency identified to manage, they will need rules and hire people, etc.,” Lacy said.

Counties can also regulate zoning and licensing of recreational marijuana establishments, but to do so, Nye County will need to review state laws and modify its county code, Lacy said.

“I would guess at least one year, probably two, before any recreational sales occur,” he said. “Once the department is ready to accept applications, the existing MME licensees have an 18-month head start over other new applicants.”