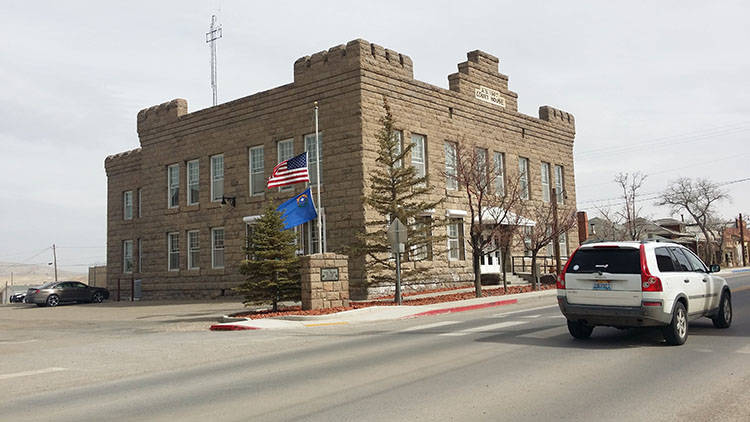 Esmeralda County Commissioner Tim Hipp said a person who initially tested positive is believed to be a volunteer who was helping with the polls during the election. The Esmeralda County Courthouse has been closed since then, and the county employees are getting tested, Hipp said.

“This is particularly difficult because most of our services are located in one building, unlike other counties where the sheriff’s department and jail are in different buildings. One positive case in our courthouse could effect the entire county’s workforce, so we need to be extra safe,” Hipp said.

The courthouse closed Nov. 12 and was slated to remain shut through the Thanksgiving holiday, according to information on Esmeralda County’s website.

Since reporting its first case, Esmeralda County has reported a number of new cases. The most recent count, according to state data, is eight.

“We are encouraging anyone who may feel that they were exposed to get tested,” Hipp said.

Until recently, Esmeralda County was one of the last few counties in the United States that didn’t have any active COVID-19 cases, along with Loving County, Texas and Kalawao County in Hawaii. Similar to Esmeralda County, Loving County also reported its first case recently, joining a growing number of scarcely populated rural areas across the continental United States that have been initially spared from the pandemic.

Meanwhile, the number of active COVID-19 cases in Nye County has been on the rise in recent weeks. Most of the reported cases are in Pahrump, however, many small communities such as Beatty, Amargosa Valley and Tonopah have also seen an increase in cases, Nye County officials said.

Tonopah has seen six COVID-19 cases in the past several days as of Monday. The town has seen 65 cases since the start of the pandemic in early 2020.

Tonopah also had its first reported death on Monday. Nye County has had 24 fatalities, including the recent one in Tonopah, since its first case in mid-March in Beatty. Amargosa Valley has had one death and the remaining deaths in the totals were Pahrump residents.

Nye County has seen 1,155 COVID-19 cases since the health crisis began, with a total of 120 cases in the previous seven days as of Monday, according to data from Nye County. Manhattan had its first reported case on Monday.

Also included in the 120 cases of the last seven days were 105 in Pahrump, six in Tonopah, five in Amargosa Valley, one in Beatty and two in Smoky Valley.