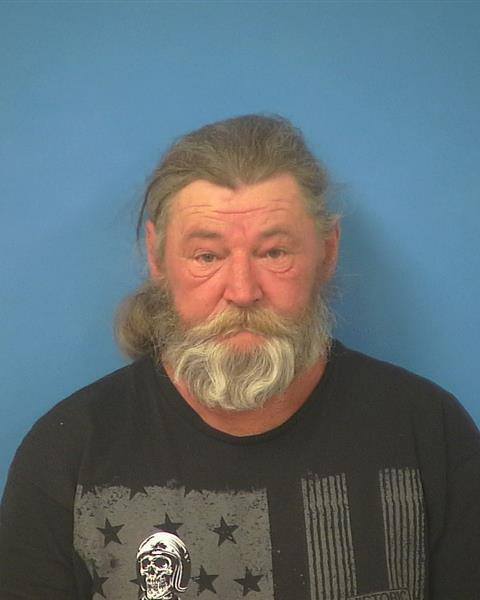 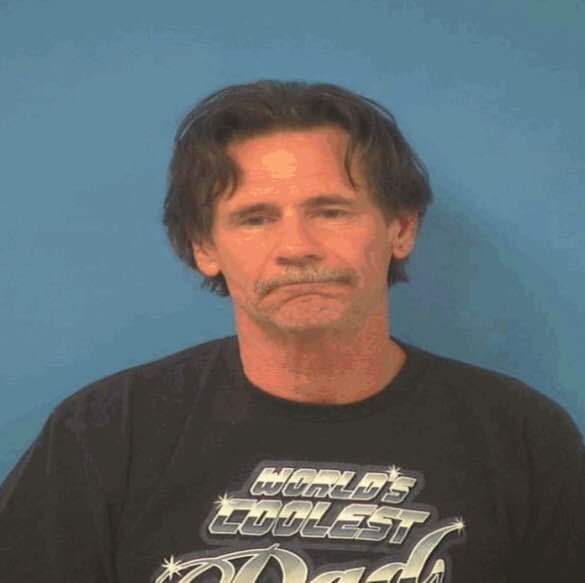 A newly-appointed narcotics team’s work led to the arrest of a Pahrump man their first day back on the job.

Donald Hanna Jr., 56, was arrested by the Nye County Sheriff’s Office and charged with preliminary charges of possession of marijuana less than one ounce, possession of a firearm by prohibited person and failure to appear.

Sheriff’s Office K9 Deputy Powell was sent to an eight-week training with his K9 partner, Amigo, to become certified in narcotics detection.

During their first shift back on duty, Deputy Powell conducted a traffic stop on Wilson Road in the area of Blagg Road on an ATV who was illegally traveling on the road.

While conducting the traffic stop, the deputy learned that Hanna had failure to appear warrants from the sheriff’s office and was subsequently placed under arrest.

While being questioned, Hanna told deputies that there was marijuana in the saddlebag of the ATV.

Deputy Powell conducted a search of the vehicle using K-9 Deputy Amigo, who indicated the presence of narcotics in the saddlebag.

A search of the saddlebag produced a prescription pill bottle with marijuana in it, as well as a revolver, police said.

After conducting a records check, the sheriff’s office learned that Hanna was a prohibited person and not lawfully allowed to possess a firearm.

Hanna was taken into custody and transported to the Nye County Detention Center where he was booked on the above charges.

A Pahrump man was arrested last week on several charges after what began as an alleged domestic violence issue.

Keith J. Coppock was taken into custody by the Nye County Sheriff’s Office Oct. 5 and charged with being a convicted person failing to register and possession of a dangerous drug without a prescription.

Nye County Deputies were called out to a residence on the 900 block of West Jarvis, about a domestic dispute.

When deputies made contact with Coppock he informed them that he had been in prison for felony domestic battery and had an additional felony conviction for coercion, the arrest report stated.

After a records check, the sheriff’s office confirmed his two felony convictions. He also notified the deputy that he had multiple arrests for domestic battery.

The records check also showed that Coppock had moved to the valley two weeks prior, and had failed to register as a felon with the sheriff’s office.

Coppock was placed under arrest for failing to register as a convicted person and asked the deputy to get his prescription drugs that were on the kitchen table.

The deputy obtained the pill bottle, which had a folded paper towel inside the bottle. When the deputy took out the paper towel, he discovered six yellow tablets, which were later identified as Norco through an Ident-a-drug test.

At the request of Coppock, the deputy looked for paperwork stating the pills were his, and the latest document showing the prescription had expired in June, police said.

The female that Coppock was arguing with told the deputy that she did not know him to have a prescription for the drugs.

Coppock was transported to the Nye County Detention Center on the pair of charges and was being held on $3,140 bail.