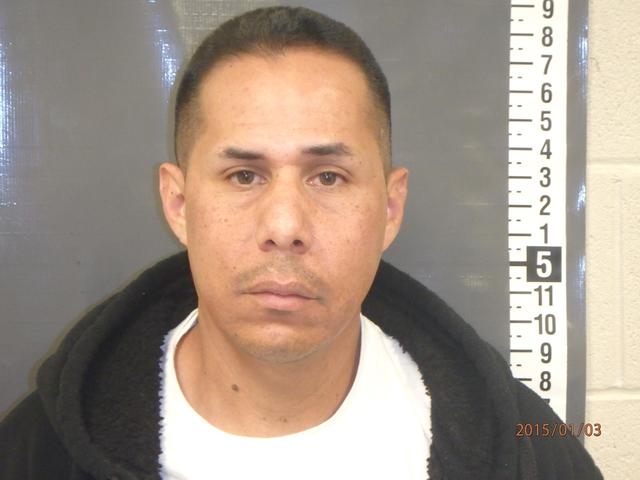 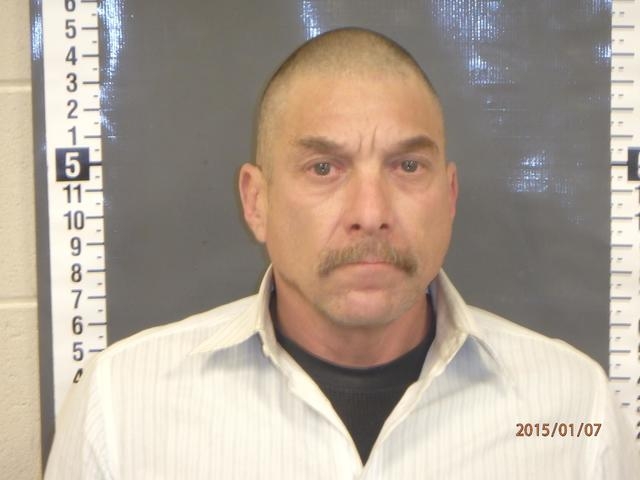 Humberto Ramirez was arrested on Jan. 2 and charged with home invasion, harassment and trespassing after deputies with the Nye County Sheriff’s Office were dispatched to a residence on Surrey Lane regarding a dispute.

When deputies made contact with the victim she reportedly told deputies that her ex-boyfriend, identified as Ramirez, had attempted to contact her by phone numerous times. The victim explained she has been living with her sister since breaking up with Ramirez and that he is not allowed on the sister’s property.

The victim reportedly explained that at one point, she answered the phone and allegedly told Ramirez, “You are not welcome here,” and hung up. A short time later, the victim saw Ramirez pull up to the home and subsequently heard him knocking on the door.

The victim said she shouted, “Go away! You are not welcome here.” The victim said that she yelled this while on the phone with her sister and police noted in the arrest report that the victim’s sister overheard it.

Ramirez reportedly made entry through the doggy door by reaching up and unlocking the door. The victim explained that Ramirez repeatedly ignored her requests to leave the property and became fearful for her life once he made entry into the home. The victim said, “I lied to him and told him she (the child) wasn’t here.”

After Ramirez made entry into the home, he reportedly started a verbal altercation with the victim by asking her to see her daughter even though Ramirez is not the child’s biological father. The victim reportedly said she feared for her and her daughter’s life because of Ramirez’s body language.

The victim said she told Ramirez she had contacted law enforcement and he subsequently fled the property.

Deputies subsequently made contact with Ramirez who reportedly corroborated the entire story and admitting to, “…doing something stupid,” and, “…making a huge mistake.”

Ramirez was placed in custody and transported to the Nye County Detention Center and booked.

Charles William Junkermeir was arrested on Wednesday and charged with three counts of possession of a controlled substance, drive without license, proof of insurance required, possession of drug paraphernalia and convicted person fail to register after deputies stopped his vehicle for having only one functioning headlamp.

When deputies made contact with Junkermeir, he reportedly said he did not have a driver’s license and could not provide the registration or insurance on the vehicle he was traveling in. Deputies subsequently learned through a warrants check that Junkermeir had three warrants, two out of the Nye County Sheriff’s Office and one from the Nevada Highway Patrol for various traffic offenses.

When questioned, Junkermeir reportedly said he knew about the warrants. A search of Junkermeir revealed a glass pipe in his shirt pocket.

Junkermeir was arrested and transported to the jail. Shortly after arriving at the jail, Junkermeir reportedly told deputies he had a baggy of “stuff” in his pocket and wanted it removed before he entered the jail facility. The baggy reportedly contained suspected methamphetamine residue.

Deputies noted in the arrest report that Junkermeir has a felony conviction for trafficking in narcotics in Nevada as well as three felony convictions for possession of a controlled substance from the state of California.