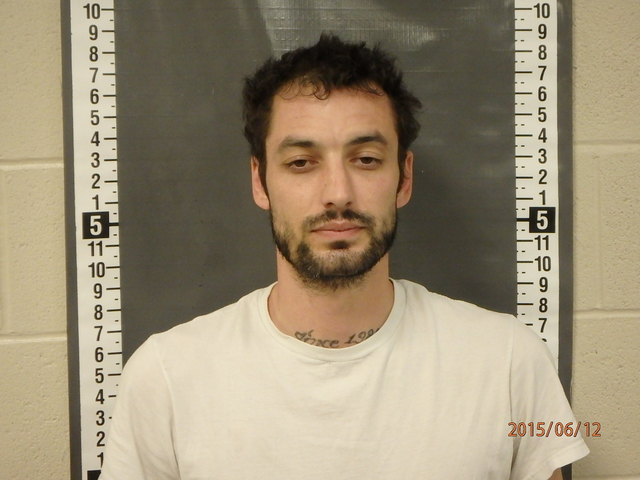 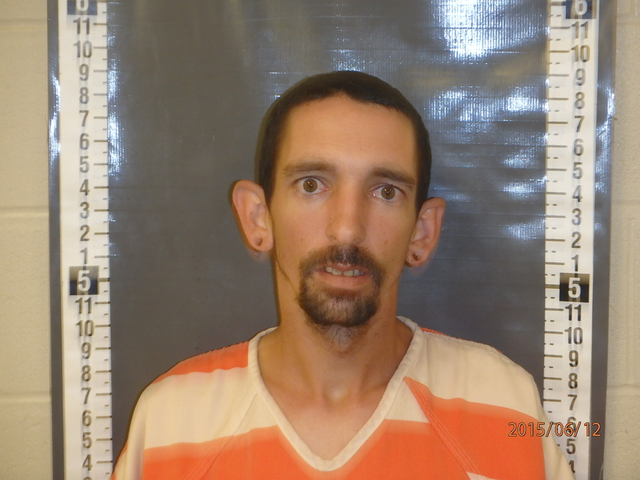 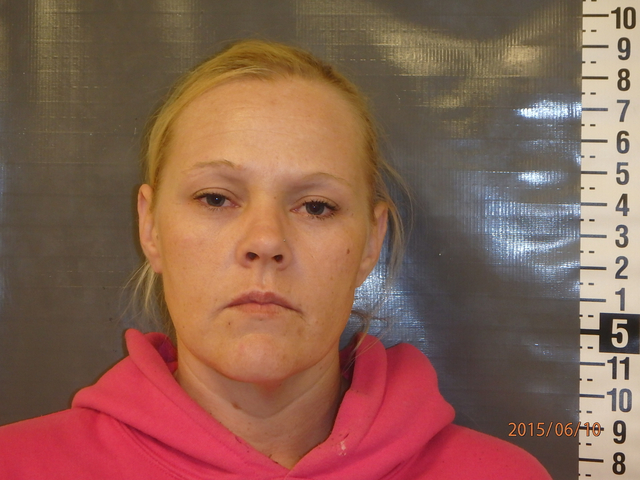 Matthew Field was arrested on June 12 and faces a preliminary charge of domestic battery after deputies with the Nye County Sheriff’s Office responded to a report of a domestic battery at a residence on Huracan Street.

As deputies were en route to the residence, dispatch reportedly advised that the suspect, identified as Field, had two outstanding warrants for his arrest out of the Sheriff’s Office.

Deputies spoke to the victim who reportedly said that she and her boyfriend, Field, were involved in a physical altercation two hours prior to law enforcement’s arrival. The victim said that Field had pushed her, grabbed her and threw her into a dresser.

As deputies spoke to the victim, they noted red marks on the victim’s arms and a small cut on her right forearm. The victim told deputies they could find Field in another house on the same property. The victim said that she and Field have been in a dating relationship for 10 years and have two children in common.

Deputies found Field hiding in the bathroom area of the guest house and he was arrested.

Field was transported to the Nye County Detention Center, booked and held on the above charges on $31,000 bond.

Perry Fugit was jailed on June 12 and faces preliminary charges of two counts of possession of a controlled substance after deputies observed a vehicle not using a turn signal or stopping at a marked stop sign.

As deputies approached the vehicle, they reportedly made contact with the driver, subsequently identified as Fugit. When deputies asked Fugit for his driver’s license, proof of insurance and registration, they reportedly observed that Fugit appeared to be extremely nervous and was shaking.

When deputies asked Fugit to exit the vehicle, he reportedly told them that he was on parole for drugs. Deputies conducted a search of Fugit’s person and noticed a bulge in his back right pocket. When questioned about it, Fugit reportedly told deputies that the bulge was “pills.” Deputies asked if the pills belonged to Fugit and he stated, “No.”

Deputies located a plastic wrapper with approximately 20 pills inside as well as a piece of a blue plastic which contained a white crystalline substance of suspected methamphetamine.

When asked what kind of pills they were, Fugit reportedly stated, “Xanax.”

Fugit was subsequently arrested and transported to the jail, booked and held on the above charges on $10,000 bond.

Kimberly Lynn Fairbank was arrested on June 10 and faces preliminary charges of grand larceny, petit larceny less than $250, intimidate/dissuade witness from testifying and false statements to peace officer after deputies responded to a complaint from Home Depot located at 301 N. Highway 160 regarding a theft.

The assistant manager said that a cashier had attempted to stop the woman, identified as Fairbank, but Fairbank would not respond and continued to her car where she unloaded several items from the cart and drove off.

Deputies made contact with Fairbank at her residence on Jackie Street on June 10. When Fairbank was questioned about the incident, she reportedly denied everything and only admitted to stealing one bottle of Downy Softener which she gave to deputies. Fairbank filled out a written statement about the Downy Softener and returned the softener to deputies.

When deputies did a follow­-up to Home Depot and viewed the surveillance tapes, they noted that Fairbank was seen pushing a cart full of items out of the store.

As deputies were speaking with one of the witnesses, they reportedly learned that Fairbank had been sending the witness numerous text messages and was trying to call him but he refused to answer. The victim/witness told deputies that when he woke up on the morning of June 10, he allegedly discovered that two of his tires had been slashed and were flattened.

Fairbank was arrested and transported to the jail, booked on the above charges and held on $8,140 bond.