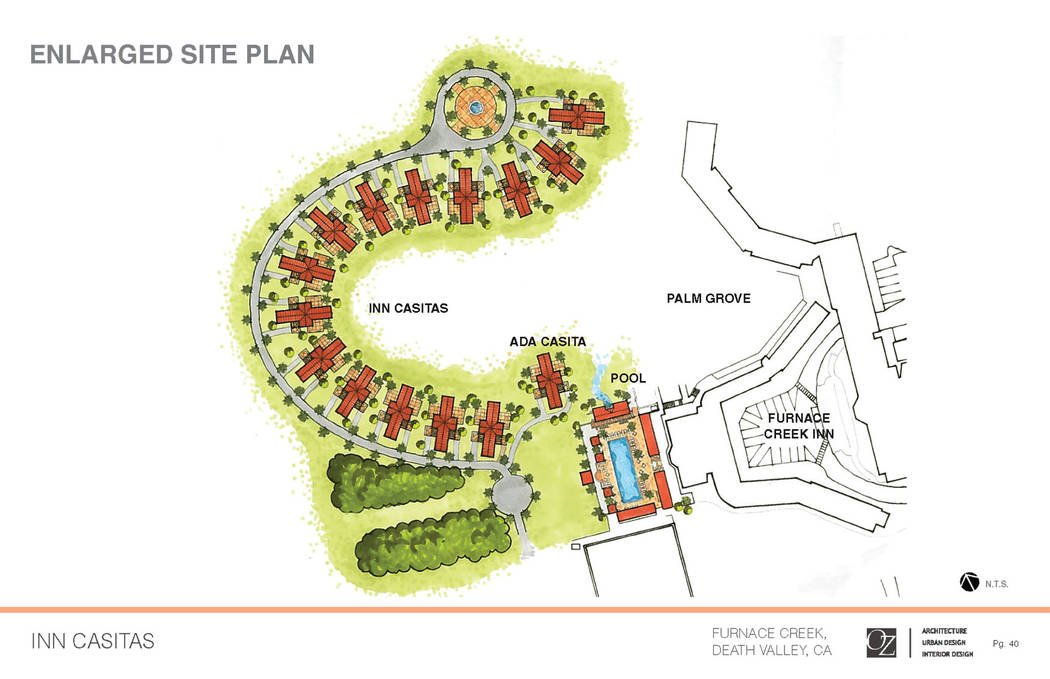 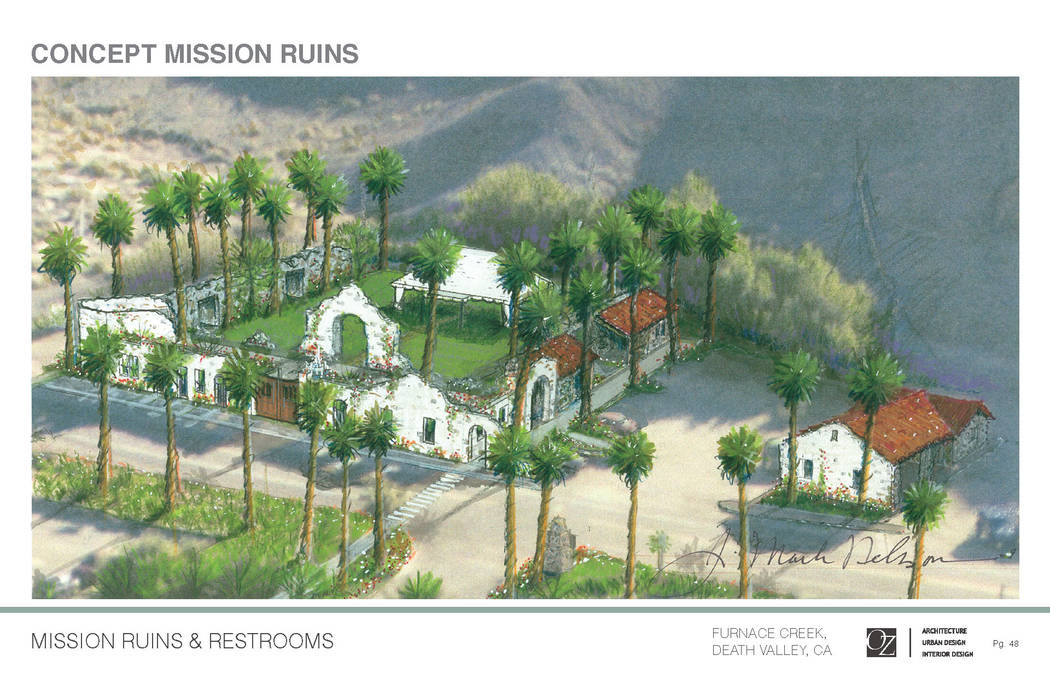 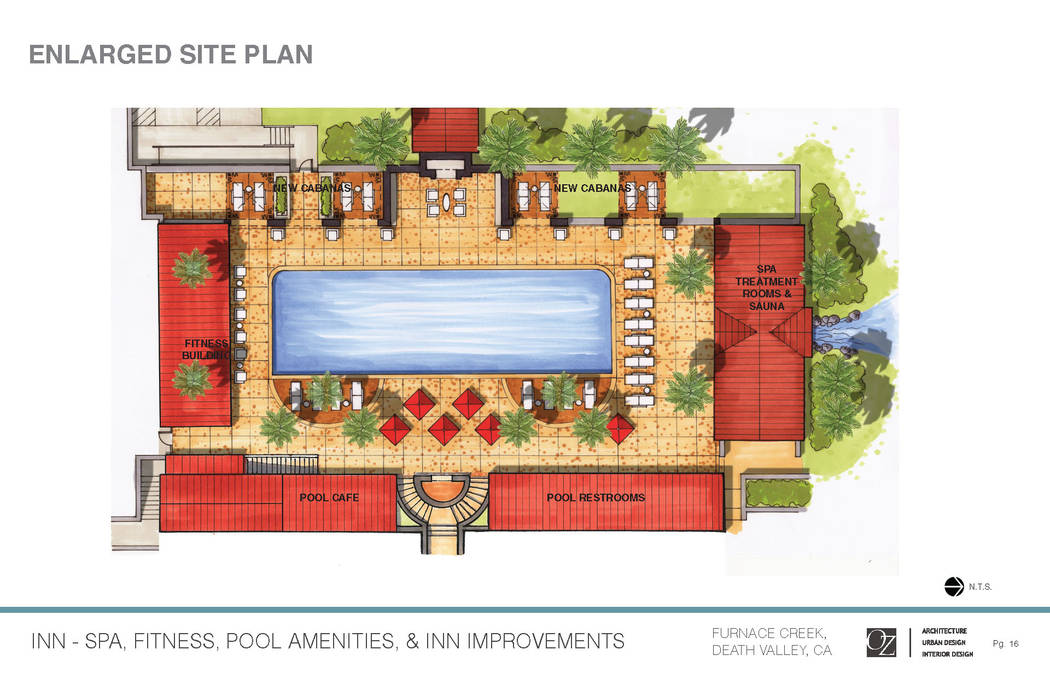 The Oasis at Death Valley Pool area at The Inn at Death Valley will have an added poolside bar and cafe, along with more cabanas, when renovations on the property are completed in November. 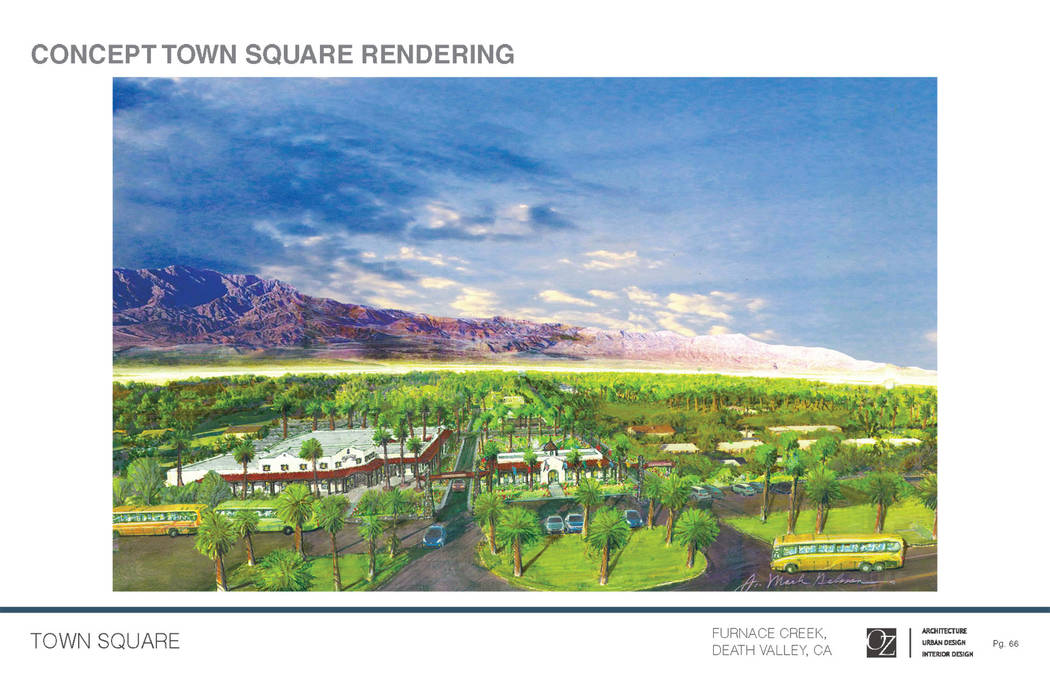 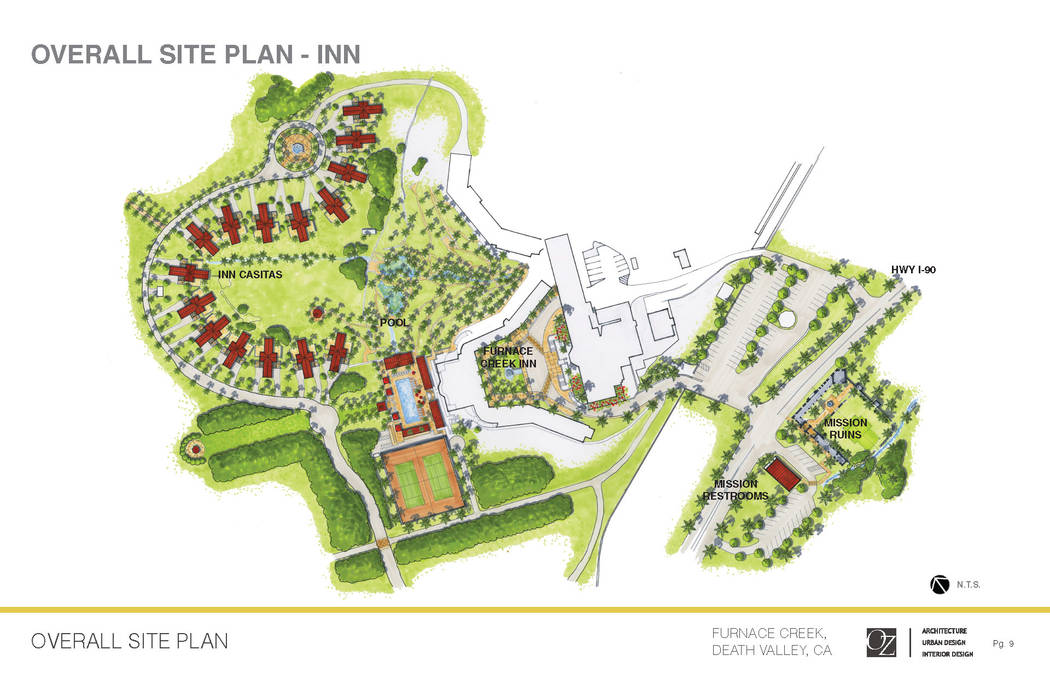 A large-scale resort company that owns two hotels and a golf course inside the gates of Death Valley National Park is adding new amenities and updating existing spaces at its properties with a multimillion-dollar renovation. One of the properties will open in the fall.

The current guests “are happy and looking forward to the end results,” said Sharon Shepard, senior sales manager at The Oasis at Death Valley.

“All of the travel companies we work with like the name and the upgrades going forward. It’s a win-win adventure.”

Work on the 66-room Inn at Death Valley, which began the first half of 2017, will be completed in early November, the resort company reported in July. The resort is closed for five months out of the year from May to October.

The resort, which sits on California Highway 190 just east of Badwater Road, is adding 11 two-room casitas, surrounding the spring-fed pool and oasis gardens on the property. Guests should also expect to find an updated lobby and rooms on their future visits to the property built in 1927.

Also, the dining room and bar area is being renovated to include new banquet seating. The dining area will also feature several pergolas for viewing the surrounding area.

A new group and event space is being added for corporate retreats and team-building experiences, along with hosting weddings. A new space for a wellness center is also planned, which will feature treatment rooms and a larger fitness area.

The exterior will feature a terraced garden and landscaping. The pool area will have additional cabanas, with a poolside bar and café being added as well.

Updates on The Ranch at Death Valley will be completed in 2018.

The Ranch, closer to the visitors center at Death Valley, will also see changes at the property that dates back to the ‘50s. According to the company website, visitors should expect a more “user-friendly town square in Spanish Colonial Revival style,” in the public spaces around the retail area and 244-room hotel that sits behind that.

The Ranch will also be “more sensitive to the environment, reduce traffic flow, provide better access to restaurants and the general store, and complement the historic nature of The Inn,” the company website noted.

Updates include a new check-in area, family-friendly pedestrian zones, gardens and fountains fed by natural springs and other architectural updates.

The Ranch project is pegged for completion in April 2018, though it will remain open for the summer and year-round, according to the company website.

The golf course, which is 214 feet below sea level, has already gone through “a major renovation, reclamation and environmentally and golfer-friendly evolution mostly focused on reducing water consumption while at the same time enhancing the fun and challenging course with more natural waste bunkers and natural landscaping and hazards,” according to the company website.

The course is expected to grow-in by the early spring 2018, but it’s playable now.

The Oasis at Death Valley is owned by Xanterra Parks &Resorts, which was purchased by Anschutz Corp. in 2008. The group owns several resorts in national park areas across the western U.S.: Crater Lake National Park in Oregon, Glacier National Park in Montana, and Rocky Mountain National Park in Colorado, among others.

A search on the corporate website for prices on a one-night stay The Inn at Death Valley show rates starting at $369 and going up to $419 for a mid-November stay. Room rates at The Ranch at Death Valley start at $179 and go up to $209 during the same time period. The Ranch’s mid-July rates are $239.