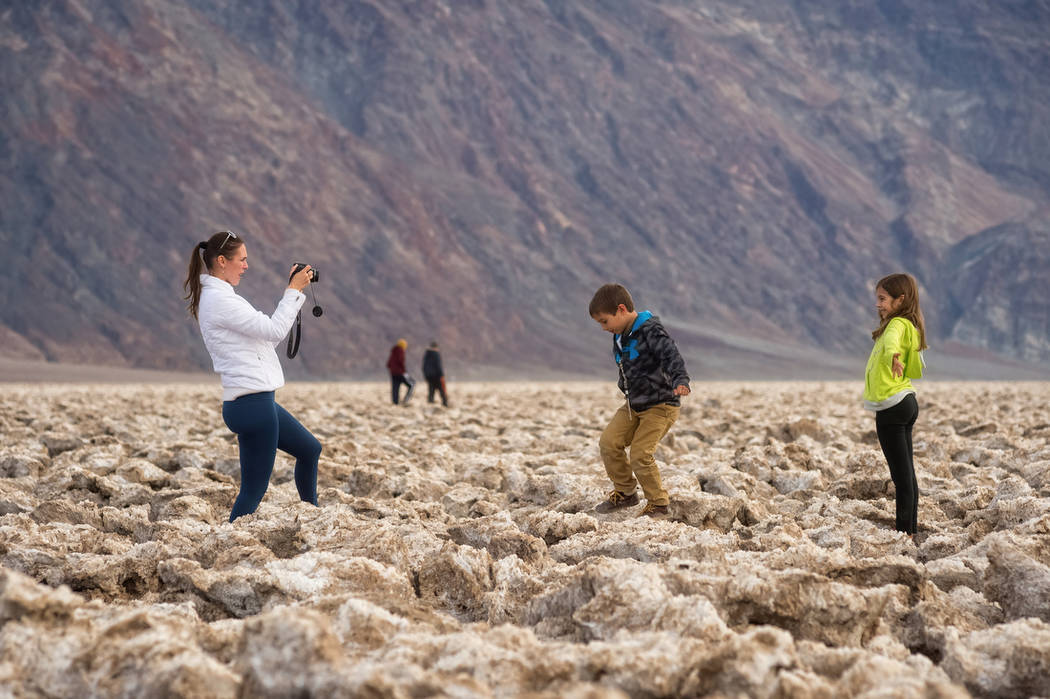 Special to the Pahrump Valley Times Death Valley National Park visitors spent a record $108 million in communities near the park last year, including Nye County, according to the National Park Service report

The study that analyzed the economic impact of Death Valley National Park on surrounding counties in Nevada and California said that tourist spending supported about 1,500 jobs in communities along the Nevada-California line.

Death Valley Superintendent Mike Reynolds said Death Valley had more visitors in 2016 than ever before.

”I’m not surprised that the economic benefit to local communities was also a new record,” Reynolds said in a news release.

Death Valley officials said they didn’t know how much money was spent in Nye County.

Almost 1.3 million people traveled to Death Valley National Park in 2016, according to the report. Although Scotty’s Castle remained closed because of the damages from a flash flood, visitation in the park increased.

“People come from across the country and around the world,” Reynolds said. “I’m amazed at the different languages I hear when I walk through the visitor center.”

Abby Wines, management assistant at Death Valley National Park said she expects tourists traveling to Death Valley to spend less in 2017 than in 2016.

“Last year’s spring visitation spiked due to the superbloom. Visitation this spring felt more like 2015, but I haven’t seen official numbers yet,” Wines said.

The peer-reviewed visitor spending analysis conducted by the U.S. Geological Survey and the National Park Service showed $18.4 billion of direct spending by 331 million park visitors nationwide in counties within 60 miles of a national park.

This spending supported 318,000 jobs nationally; 271,544 of those jobs are found in these gateway communities. The cumulative benefit to the U.S. economy was $34.9 billion.