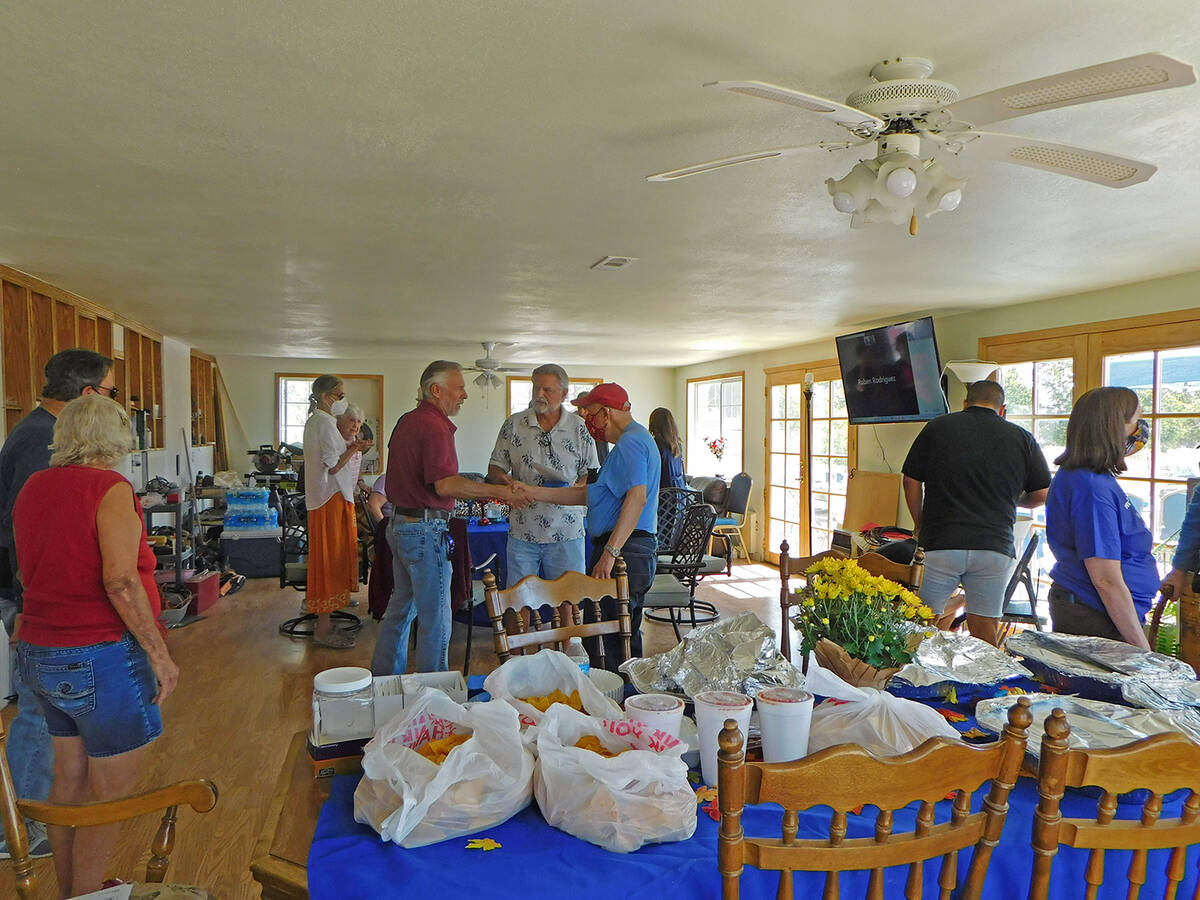 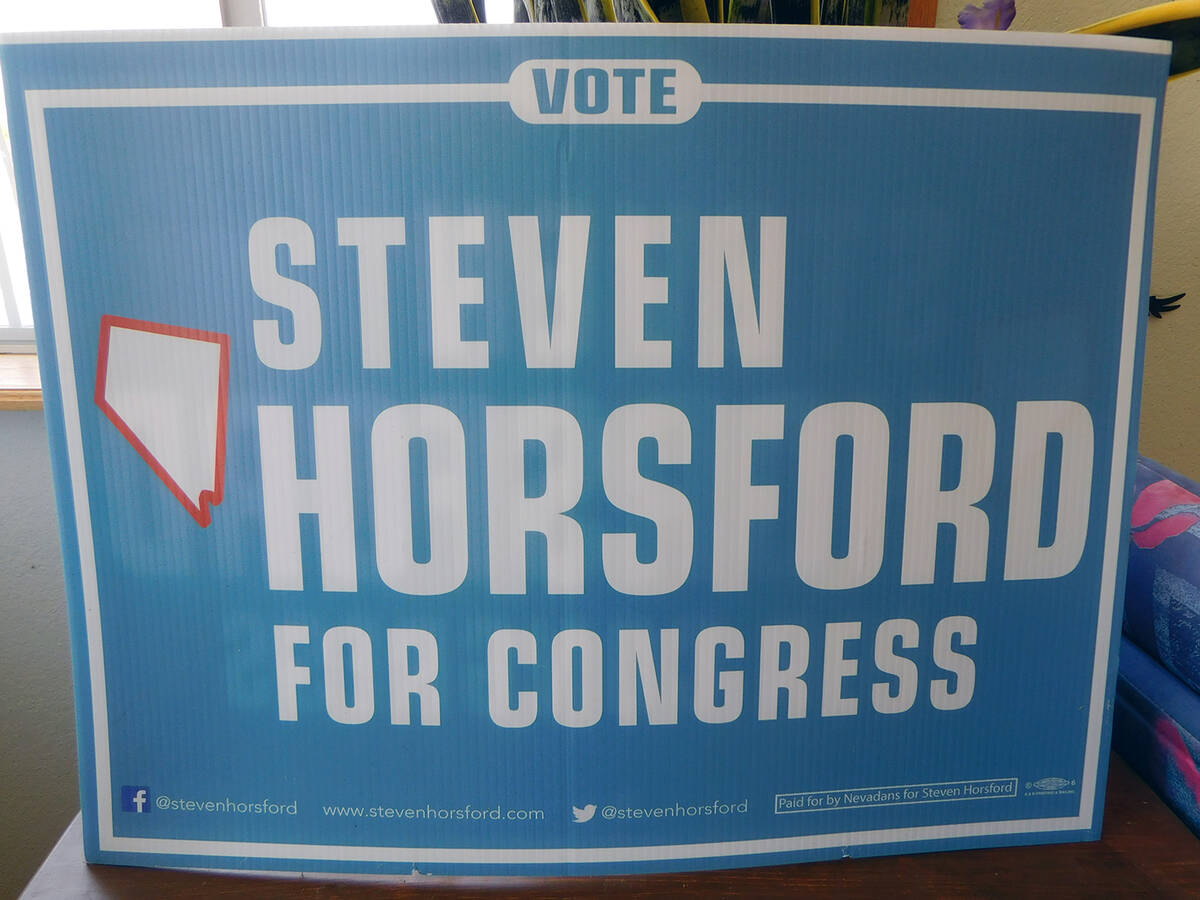 Robin Hebrock/Pahrump Valley Times Congressman Steve Horsford is just one of several Democratic contenders for the 2022 election and his campaign funded a campaign kickoff and volunteer appreciation event in Pahrump last weekend.

With the 2022 general election just over 13 months away, Democrats in the state of Nevada are gearing up for what is expected to be another contentious election cycle and members of the Democratic Congressional Campaign Committee, or DCCC, Congressman Steven Horsford’s Campaign Committee and the Nye County Democratic Central Committee gathered together to kick off the campaign season this past weekend.

Hosted on Saturday, Sept. 25 in Pahrump, the campaign kickoff event was also an opportunity to show some appreciation for the many volunteers whose efforts are indispensable when it comes to public outreach throughout the election process. Nye County Democratic Central Committee Chair Kelly Fitzpatrick said she was overjoyed to be able to host the event and she is optimistic about the coming year.

“This is a volunteer appreciation and campaign kickoff event, and it’s the very first time any of us are coming together since COVID-19 hit so it’s incredibly special. Congressman Horsford is sponsoring everything today, his campaign has paid for all of this, to thank us for the work we’ve done for him, and we are very happy to be able to get together and get that momentum going,” Fitzpatrick told the Pahrump Valley Times as the event got underway on Saturday.

As for what she feels is most imperative when it comes to the campaigns of Democratic contenders vying for Nevadans’ votes, Fitzpatrick said, “Keeping my folks safe from any of the bad stuff the GOP is putting out. I just think that is really key, that we keep truth and honesty forefront and get rid of all these ‘alternative’ facts. If we can be a large part of alternative facts no longer existing, that would be really great.” She added, “Keeping our ‘purple’ in Nevada is really important too, but of course, taking it further blue is the real goal. Turning Nye blue would be really nice too! And voter protection, that’s something I am worried about as well. Congressman Horsford is actually working on that today, making sure that gerrymandering is not an issue.”

Though in Washington, D.C. that day, Horsford took a few moments out of his busy schedule to speak with those gathered at Nye County Democratic Central Committee member Bonnie Brown’s home in the valley, making his appearance via online platform. Fitzpatrick said Horsford spoke about many different topics, foremost of which were voter protection, the Infrastructure Bill currently before Congress and a few of the things he has been able to accomplish right here in Nye County, such as working with the local Native-American tribes.

It was not all Democrats at the event however, as Fitzpatrick had also invited local Nye County Commissioner Frank Carbone to the shindig. Though a Republican, Carbone said he was more than happy to stop in and offer a few words to the group, noting that just because he is not a Democrat himself does not mean that he does not represent those who are in his official capacity. Carbone spent several minutes giving attendees an overview of what was happening right now in Nye County, touching on projects such as the construction of a new animal shelter as well as hinting at a few other developments that are in the pipeline before bidding the group farewell and heading off to a meeting to discuss the state of local roadways.

“Everyone was so excited to be together. We didn’t have a large showing, about 17 all together, but everyone is very, very excited,” Fitzpatrick reported following the campaign kickoff and volunteer appreciation event. “We did a nice raffle and put out some Nye County Democrat swag as well as handmade cotton area rugs, which helped us put some money in the coffer and it was just really nice to be together again.”

She noted that there are several potential Democratic candidates for the 2022 election, announcements of which will be made in the coming weeks.

Anyone interested in joining the Nye County Democratic Central Committee can reach out to Fitzpatrick directly at 951-208-8380 or contact the organization through its Facebook Page Nye County Dems. More information on the group can also be found online at www.nyedems.org