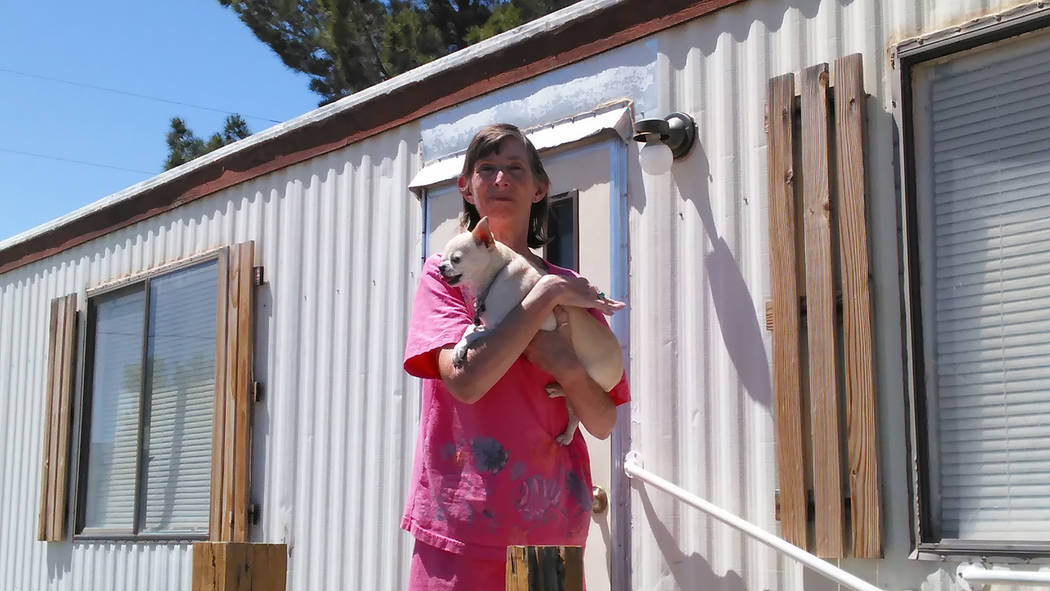 The Nye County Sheriff’s Office is seeking leads from the public after several dogs were poisoned in the Comstock Park community.

On April 26, deputies responded to a local animal hospital after employees said at least five dogs were suffering from severe poisoning symptoms.

“The dogs’ owners are neighboring residents in the Bonnie Claire Street and Comstock Circle North area of Comstock Park,” the release stated. “Two of the five dogs are since deceased and the remaining three are reported to be in critical condition.”

Detectives are coordinating the investigation with forensic specialists to determine the nature of the substances used to poison the dogs.

Valerie Shaw is a two-year resident of Comstock Park.

Shaw, who owns a dog on Bonnie Claire Street, said she’s taking active steps to keep her animal out of harm’s way.

“This is very concerning to me because I’m a pet owner as well,” she said. “I am going to keep a much closer eye on him. Every morning I go around my yard and make sure everything is normal. We keep him inside during the overnight hours. I’m just a very conscious person.”

“This whole thing is kind of scary because when you are a pet owner, like we are, and we don’t have any kids, they become your kids,” Shaw said. “I am very cautious now, and I want to make sure that my dog is safe as well as other dogs in the Comstock Park community.”

She and the Comstock Board of Directors have informed the community of the poisonings.

“We posted signs and I have two people that go around and inform residents and our maintenance fellows about this situation,” she said. “I just ask that the residents here would check their yards in the morning before they let their dog out. I heard that it might even be dog food, which can be very small, so you really want to look over the yard first before you let your animals out in the morning.”

Additionally, Karp said she’s puzzled by anyone who would commit such an act.

“I just don’t know what the reason is for this happening in Comstock Park,” she said. “There are a lot of dog owners in Comstock Park. A lot of our residents are seniors, and seniors like their little dogs. It is sad and I don’t know what the reasoning is behind this. I am also a dog owner. I love animals and this is so cruel. I also want the people to be aware that if animals are bothering you, be it dogs or cats, just knock on your neighbor’s door and be nice about it. Don’t poison an innocent animal.”

Karp and the board are now considering providing an incentive for anyone who has information on the person responsible for the poisonings.

“I want to get the board together to discuss this,” she said. “I’m also thinking about going to one of the casinos, because if we can get a big enough reward, maybe somebody will speak up. It’s sad, it’s awful, and it’s heartbreaking to us. Everyone is aware here in Comstock Park of this whole thing.”

In 2015, a similar series of poisoned dog incidents was investigated in the same area.

Detectives investigated a possible suspect at the time but were unable to affect an arrest.

The methods and location of this new series of poisonings, the sheriff’s office said, appears strikingly similar to the incidents which occurred in 2015.

Detectives are asking for the assistance from the public by reporting any suspicious people in the area.

Pet owners are advised not leave their animals unattended when outside and to check their yards for any foreign substances.

Residents are urged to notify the Nye County Sheriff’s Office with any information related to this investigation at 775-751-7000, option #5 or, by email at NCSO_detectives@co.nye.nv.us.