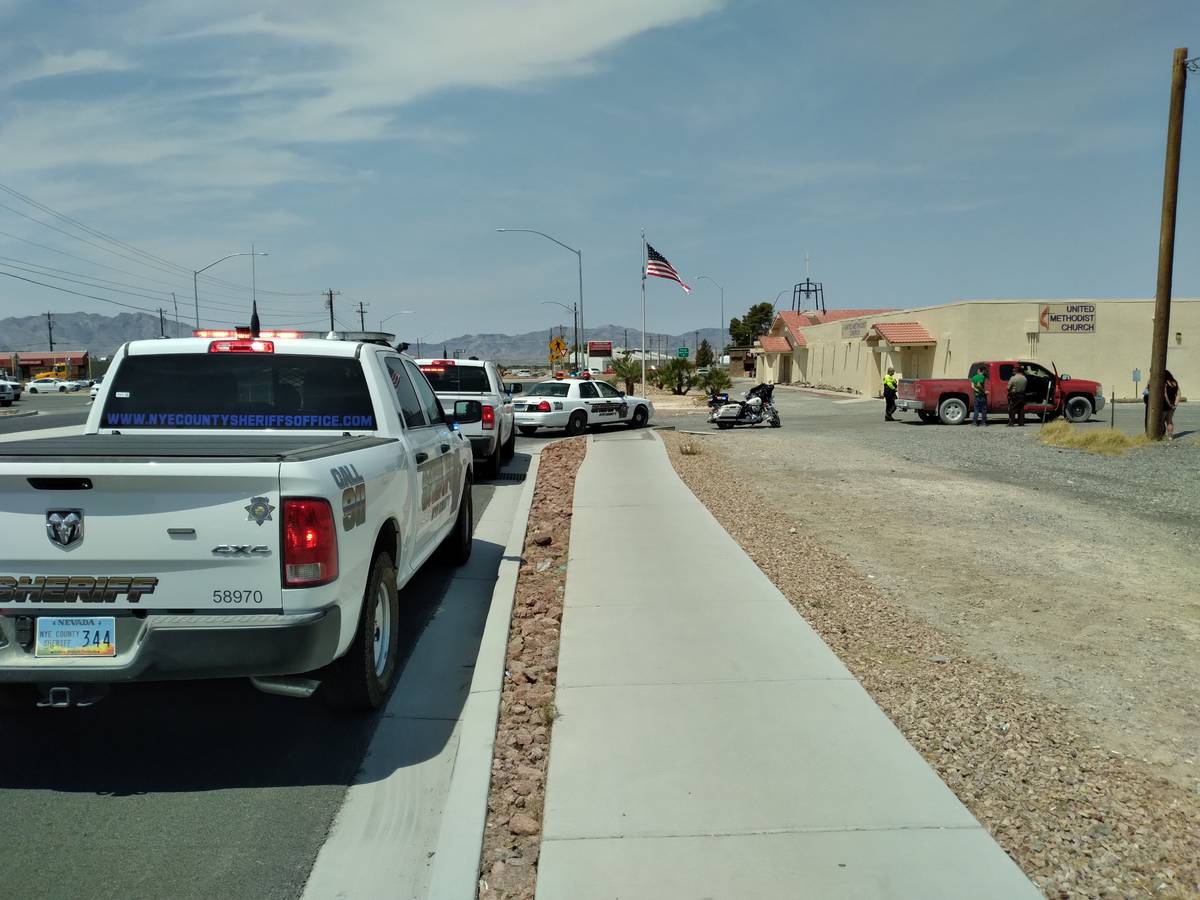 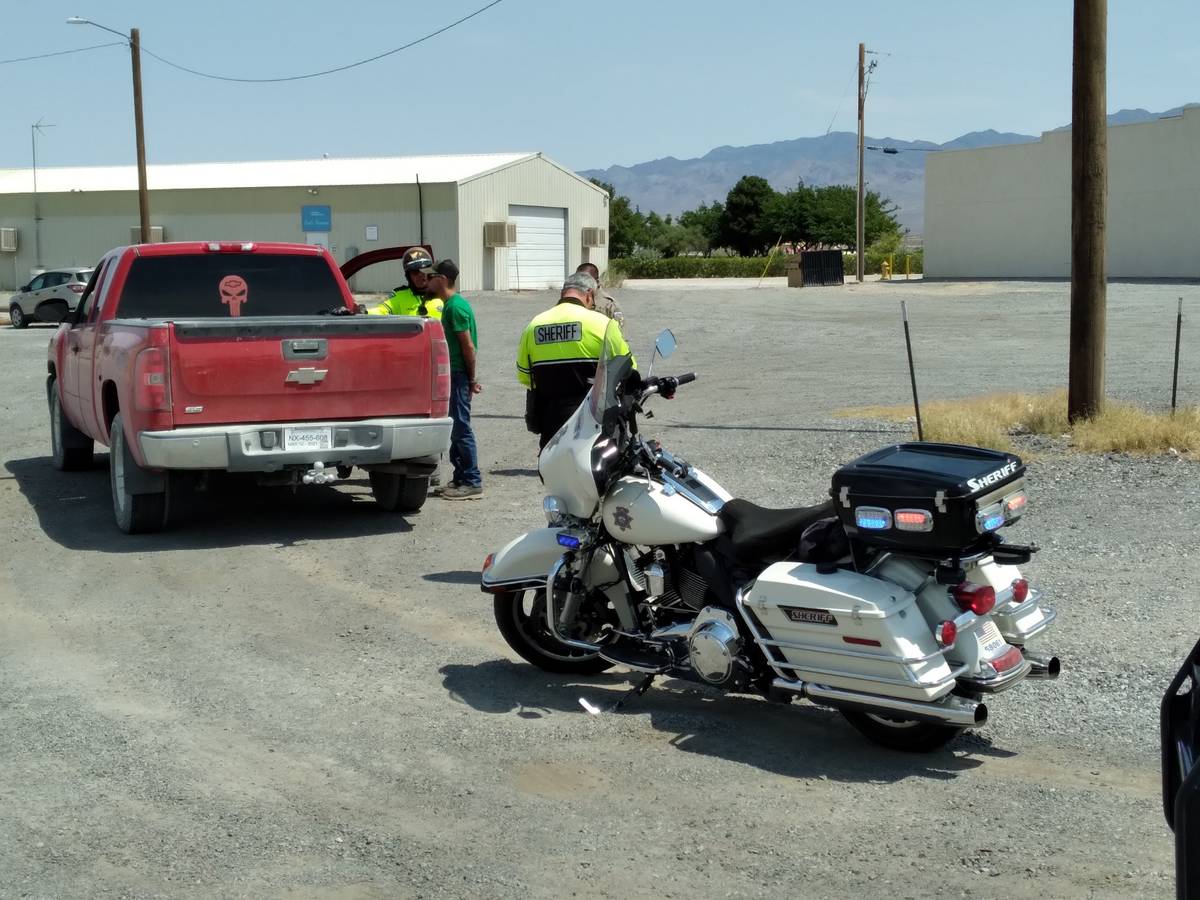 What appeared to be a simple traffic stop on a vehicle with expired registration, led to a brief pursuit at approximately 11 a.m., on Tuesday June 15.

Nye County Sheriff’s Office Deputy Joe McGill initiated the stop along Highway 372, just west of Highway 160, when the driver, according to McGill, departed the scene, prompting a moderate-speed pursuit, which ended at the entrance of the United Methodist Church at 1300 Hwy 372, where both the male driver and female passenger were detained at gunpoint until additional deputies arrived on scene.

Following the initial investigation, the female passenger was eventually released from custody, while the driver was transported to the Nye County Detention Center.

Charges on the driver are pending, according to the sheriff’s office.