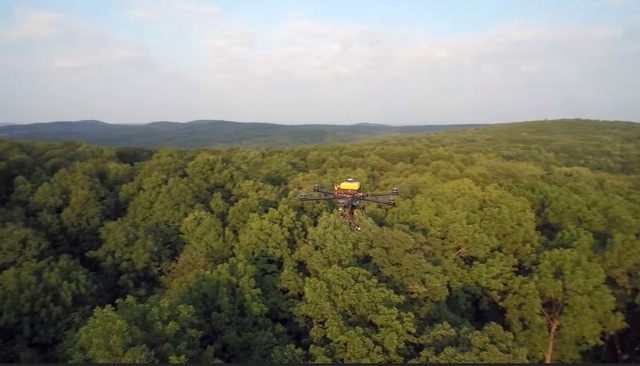 Before you launch a drone at a national forest system site, be aware that Federal Aviation Administration regulations are in effect at the federally-owned lands.

The U.S. Forest Service is asking any drone pilots to abide by FAA rules, which include unmanned aircraft systems (UAS), aka drones.

One major regulation the USFS is highlighting is that drone pilots cannot take off, land in or control their UAS on congressionally-designated wilderness areas, as they are considered motorized equipment and mechanical transports.

Designated wilderness provides opportunities for primitive types of recreation, which is a much-needed contrast from our increasingly developed and mechanized world, said Jamie Fields, recreation and wilderness program manager. Pilots should also refrain from flying a recreational UAS in popular recreation areas for public safety and to allow others to enjoy their recreational experience.

Flying drones over areas that have wildlife in or near them is also discouraged, to ensure harm or death of the animals is not brought on by the use of a UAS.

Additionally, bothering animals during breeding, nesting, rearing of young, or any other critical life happening is prohibited. If anyone violates any of those life events of an animal they could be found in violation of numerous laws including, but not limited to, the Endangered Species Act, the Migratory Bird Treaty Act, and the Bald and Golden Eagle Protection Act.

If forest users want to use their UAS to search for or detect wildlife and fish, they need to follow state wildlife and fish agency regulations regarding the use of aircraft, said Kris Boatner, wildlife program manager.

Recreational drones are also governed by temporary flight restrictions set in place by the FAA when disasters like wildfires take place. FAA and fire officials warn that the use of a UAS during a disaster could threaten lives, property and natural and cultural resources when they intrude into airspace.

Flying a drone over a disaster area can also halt firefighting operations, which could enlarge the fire and make the cost of handling it rise.

There have been 13 incidents that the use of drones have stopped aerial firefighting efforts over wildfires in six states, including Nevada.

With air tankers that are used to fight fires through the air flying at just a couple hundred feet above ground, issues with drones arise, as they fly at around the same altitude, which could result in mid-air collisions that could injure or kill firefighters in the air and on the ground.

With UAS being considered aircraft, they are banned from flying over wildfires, when a temporary fire restriction (TFR) is in place.

Drone users should not fly their UAS over or near wildfires even if a TFR is not in place because of the possibility for accidents and interruption of firefighting operations.

Individuals who are determined to have interfered with wildfire suppression efforts may be subject to civil penalties of up to $25,000 and potential criminal prosecution.

The app helps drone operators determine whether there are any restrictions or requirements in effect at the location where they want to fly.

B4UFLY is available for free download in the App Store for iOS and Google Play store for Android. The app is part of the Know Before You Fly campaign aimed at UAS hobbyists.

The United State Department of Agriculture also recently launched an informational campaign to warn people not to fly a UAS around wildfires. If You Fly, We Cant! campaign materials are located at:

Tips for responsible hobby or recreational use of a UAS on USFS lands:

■ UAS must be flown below 400 feet and remain clear of surrounding obstacles.

■ Do not fly any aircraft weighing more than 55 pounds (total weight, including payload and fuel source).

■ Launch the UAS more than 100 meters (328 feet) from wildlife. Do not approach animals or birds vertically with the UAS.

■ Keep your UAS within your visual line of sight at all times.

■ Take lessons and learn to operate your UAS safely.

■ Remain well clear of and do not interfere with manned aircraft operations.

■ Fly your UAS at least five miles from an airport or backcountry airstrip.

■ Keep your UAS away from populated and noise-sensitive areas, such as campgrounds, trailheads, and visitor centers.