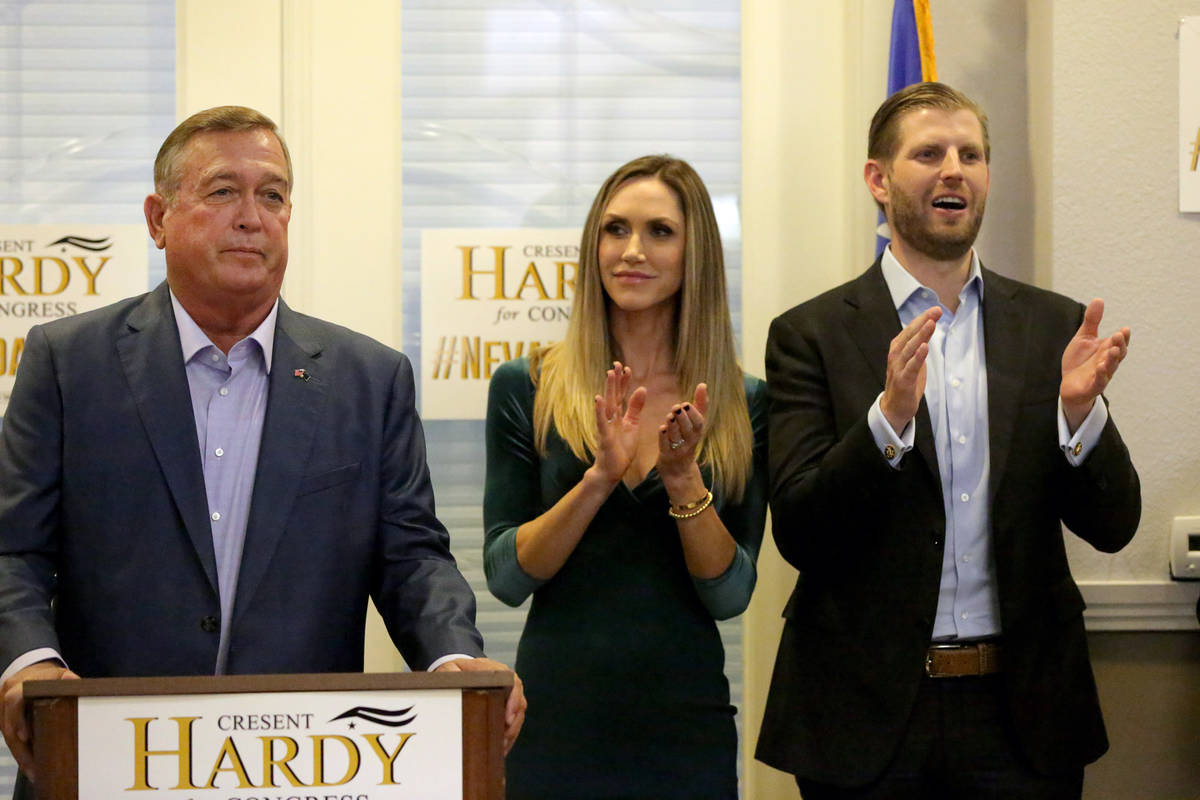 Michael Quine/Las Vegas Review-Journal Eric and Lara Trump show their support for U.S. Representative Cresent Hardy during a rally at the Nevada Republican Party’s Summerlin office on Monday, October 29, 2018. Don Trump Jr. will be in Pahrump with Hardy on Nov. 2. 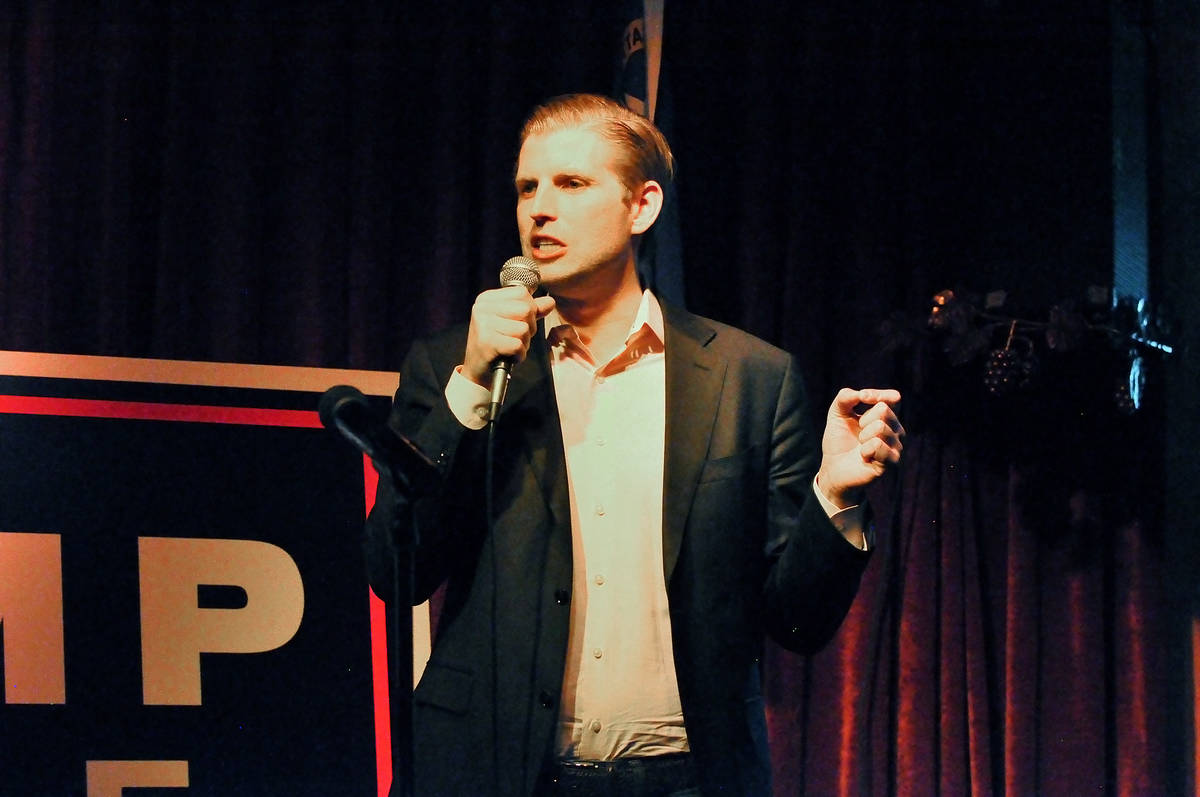 Eric Trump is set to lead a “Make America Great Again” event in the Pahrump Valley on Thursday as the days before the 2020 election wind down.

Trump will lead the MAGA event that’s planned to occur at the Pahrump Valley Winery on Thursday.

This is the second major event in Nevada by the campaign in recent weeks, with President Donald Trump stumping in Minden and Clark County earlier this month.

As of Tuesday, much of the logistics of the MAGA event in Pahrump were still unknown, other than that is was pegged to start at 6 p.m., doors open at 5 p.m., on Thursday, according to information on the Trump campaign’s website. Attendees also were asked to RSVP beforehand with the Trump campaign.

For more information on attending, people can head to https://bit.ly/3mJzWJ1

When asked about the Thursday event, Nye County Public Information Office Arnold Knightly said, “Nye County was recently made aware of the pending visit by Eric Trump to the Pahrump Valley Winery through a third party. The venue has not contacted County Administration or Town of Pahrump.”

Knightly continued, “However, the state directives on capacity limits of 50 people, social distancing, and face coverings are widely known. The county encourages all local businesses to take their attendees’ health and welfare into account, and that of the broader Pahrump community, and follow the State’s directives. As with all cases of actual or potential non-compliance with the Governor’s directives, the county has referred this matter to Nevada State OSHA.”

The Pahrump stop is set to occur following a “Latinos for Trump” Community Engagement event in Phoenix, Arizona on Wednesday.

This isn’t the first stop Eric Trump has made in Pahrump to stump for President Trump, his father. Eric has come through in prior election cycles. Eric Trump made a Pahrump stop just before the 2016 election and prior to the Nevada Republican Caucus in February of that year.

President Trump’s earlier visit to Clark County on Sept. 13, along with a stop in Minden this month, drew fire from Gov. Steve Sisolak over the size of the crowds. The state’s current maximum for gatherings, by Sisolak’s mandate, stemming from action to mitigate COVID-19 in Nevada, is 50 people.

“As governor, I have worked with public health and infectious disease specialists to create emergency directives to protect public health and get our economy back on track,” Sisolak said in a statement following the Nevada events. “That means limiting gathering sizes, mandating face coverings and practicing social distancing. All of which the president recklessly disregarded for his own gain this weekend in Nevada.”

President Trump’s Henderson event was held at Xtreme Manufacturing facility and drew a crowd of approximately 5,000, the campaign told the Las Vegas Review-Journal in a Sept. 14 report. The facility, later fined $3,000 by the city of Henderson for multiple violations of Nevada’s health directives, is owned by Trump friend Don Ahern.

Election Day is Nov. 3, with early voting occurring in the state from Oct. 17-30. One polling location is listed for Pahrump by the Nevada Secretary of State’s Office at the Bob Ruud Community Center. Also, blank mail-in ballots will be sent out on Oct. 5 for Nye County residents.

For attendees that go to obtain tickets, the campaign event includes a COVID-19 rider during the registration process, where the individuals who attend the event assume all risks related to exposure to the virus.