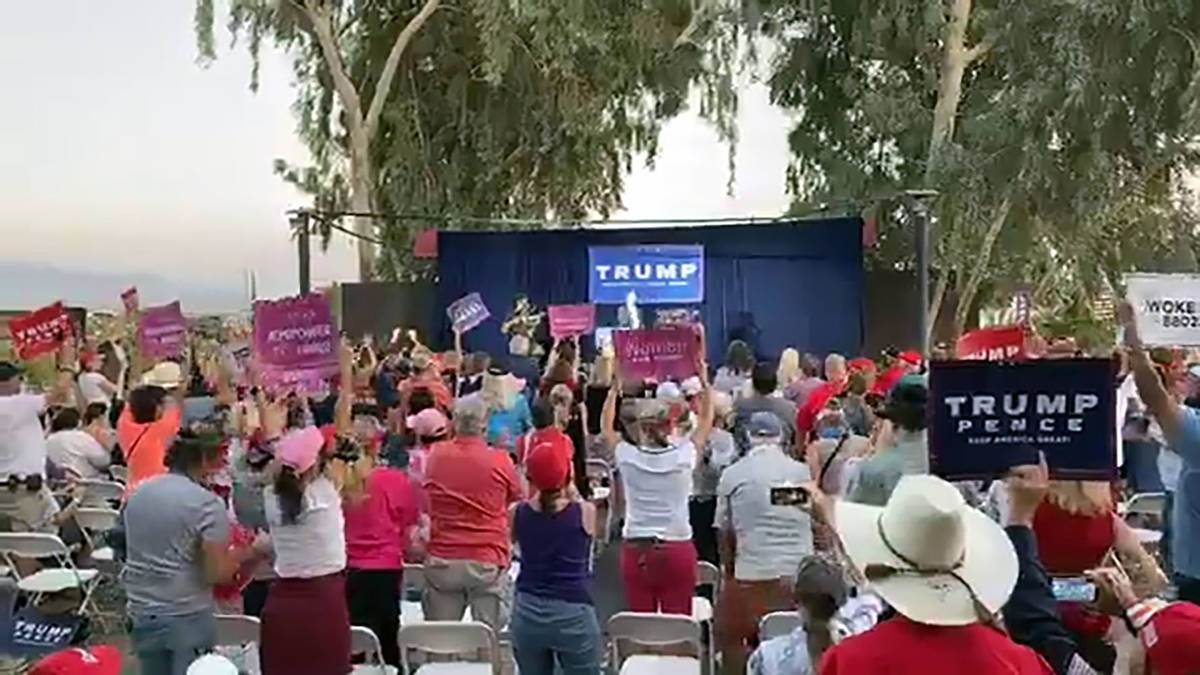 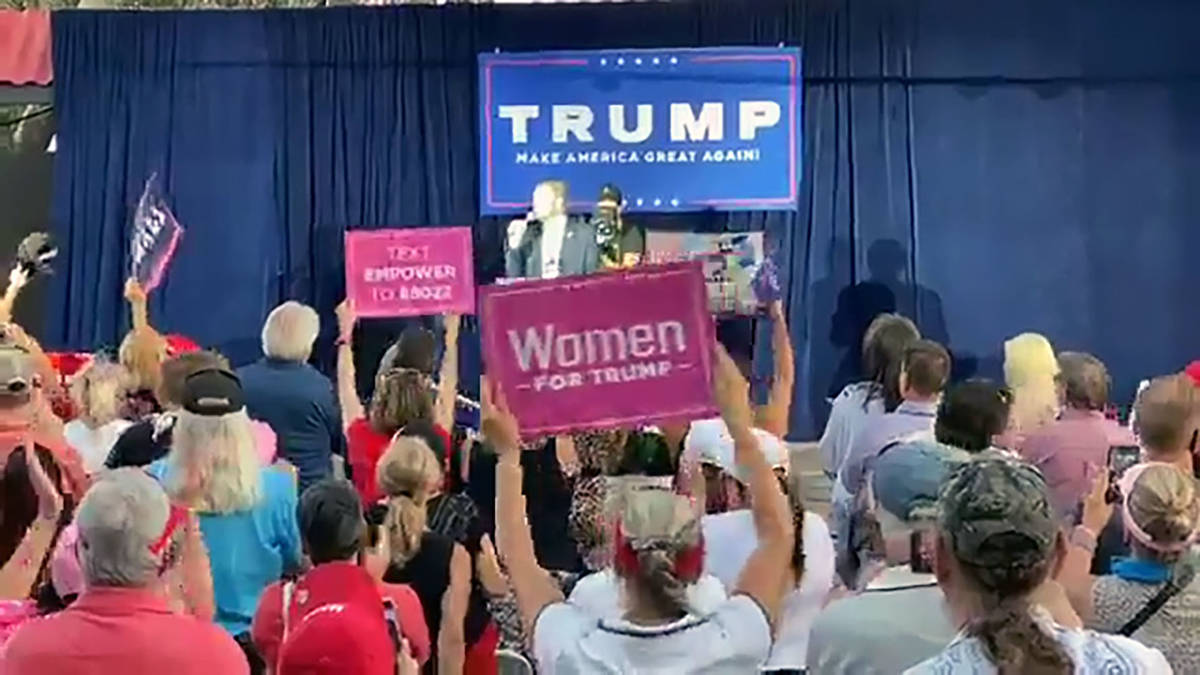 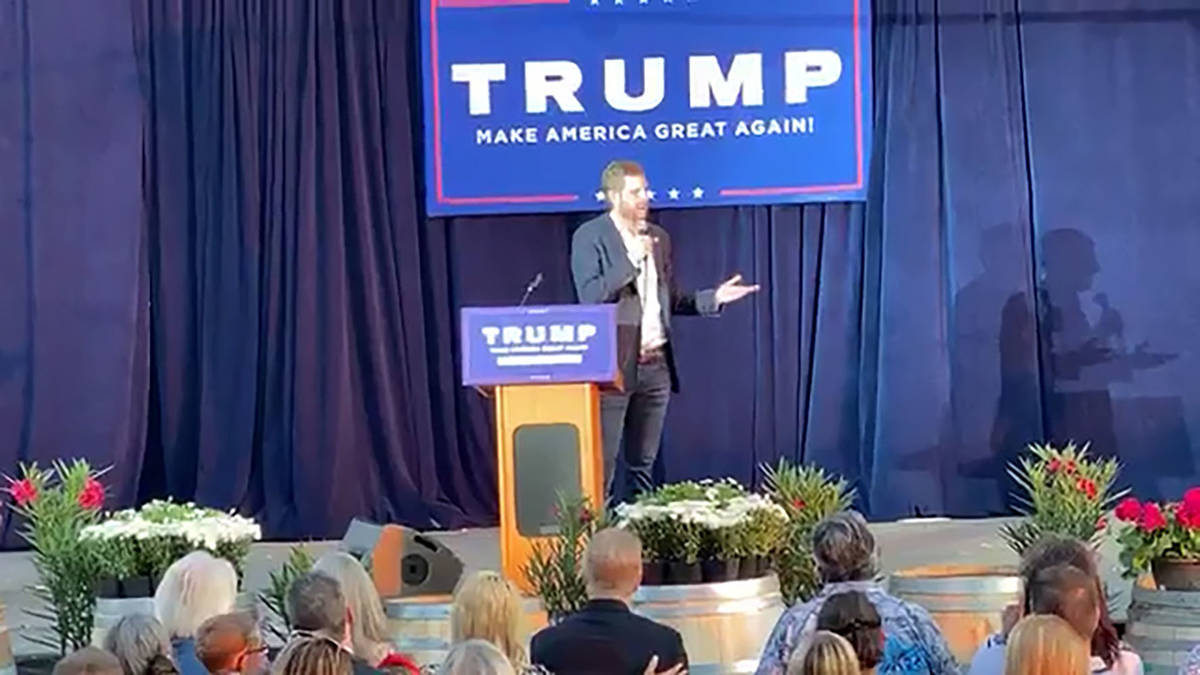 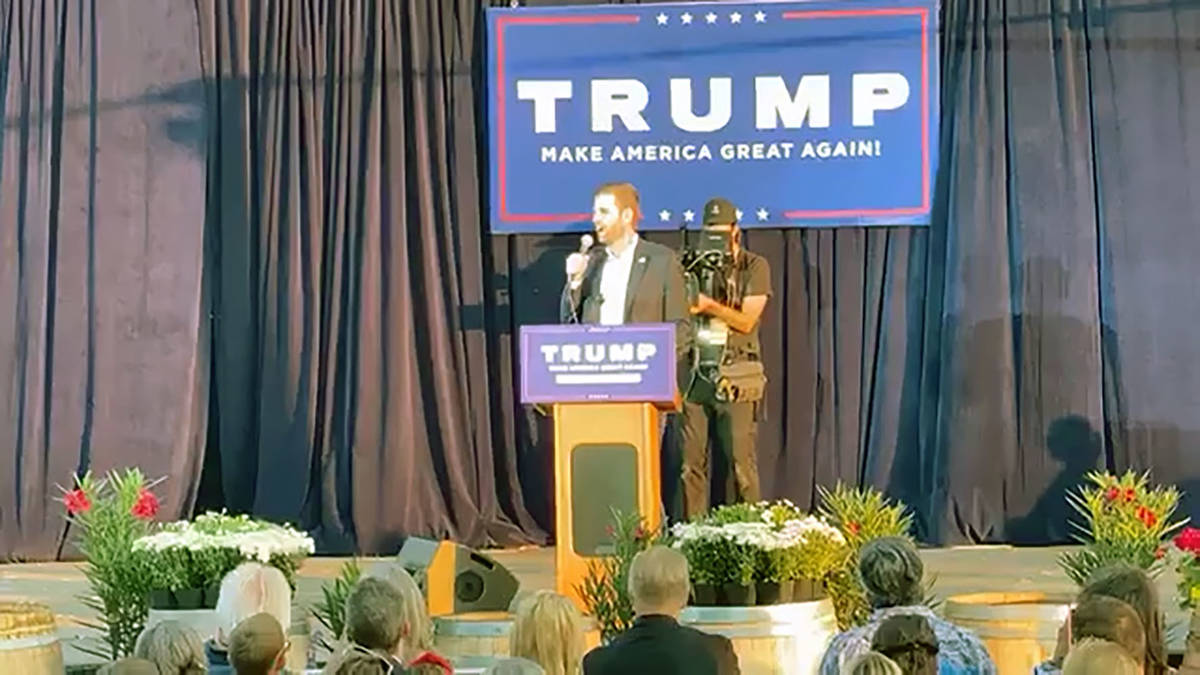 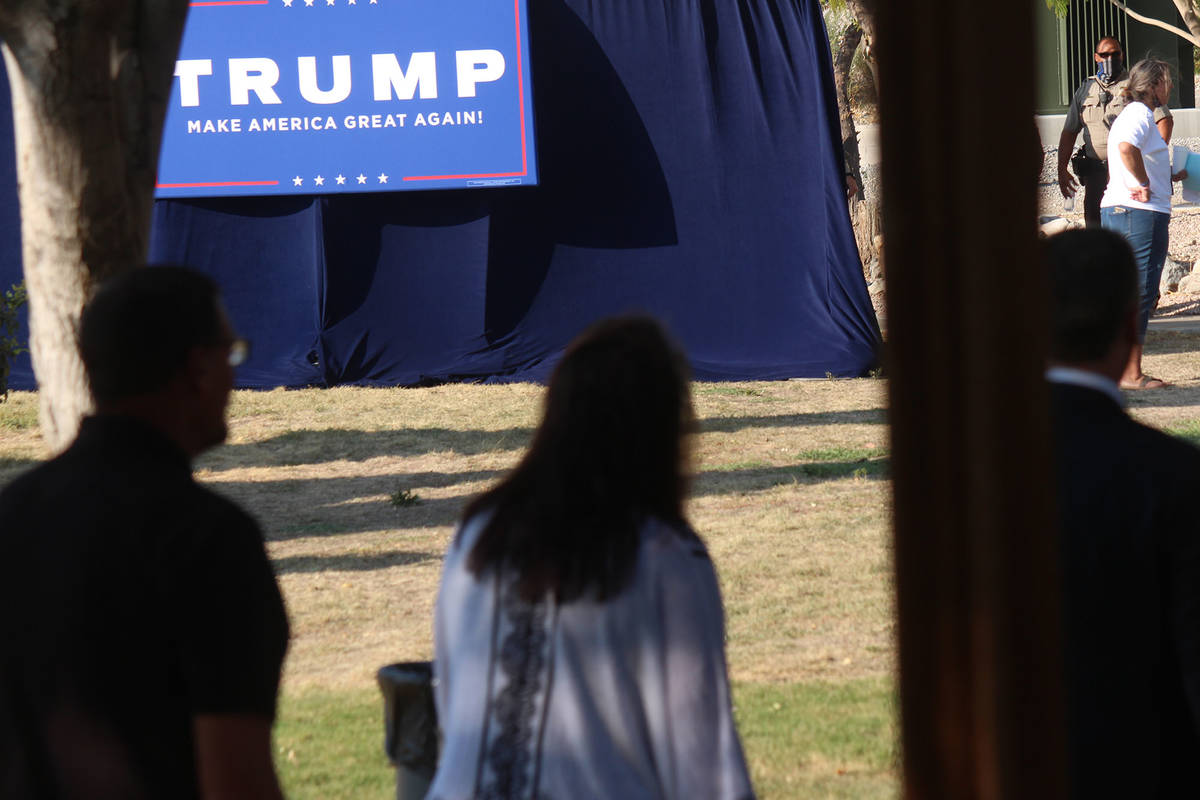 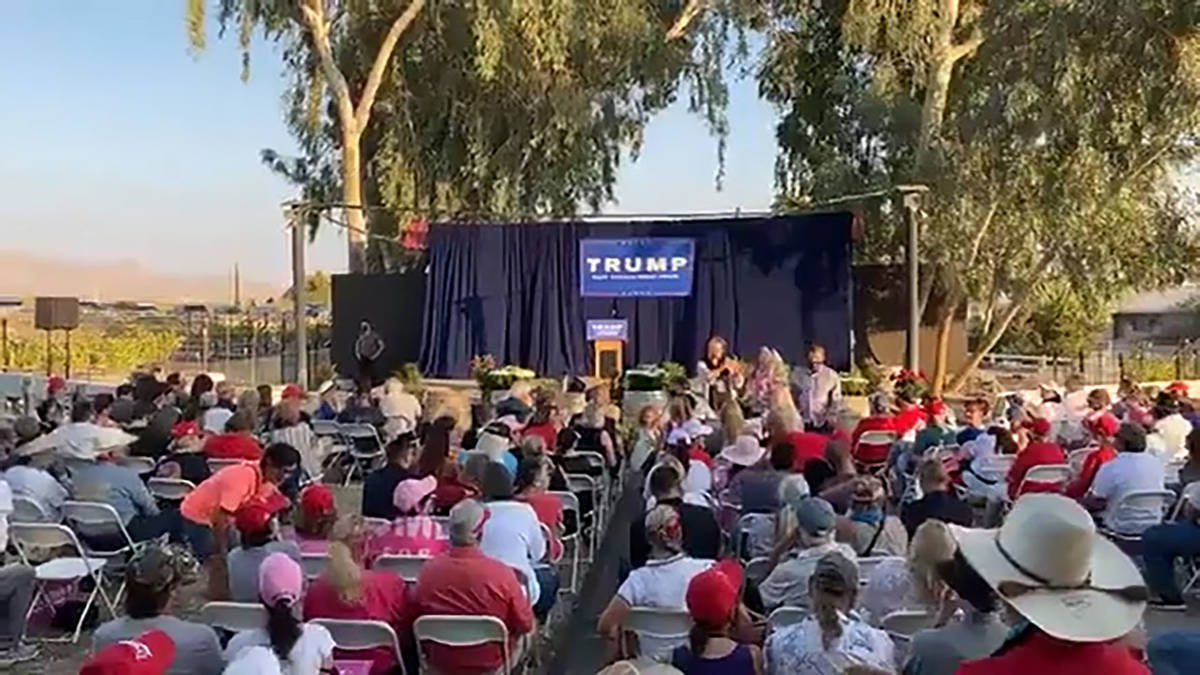 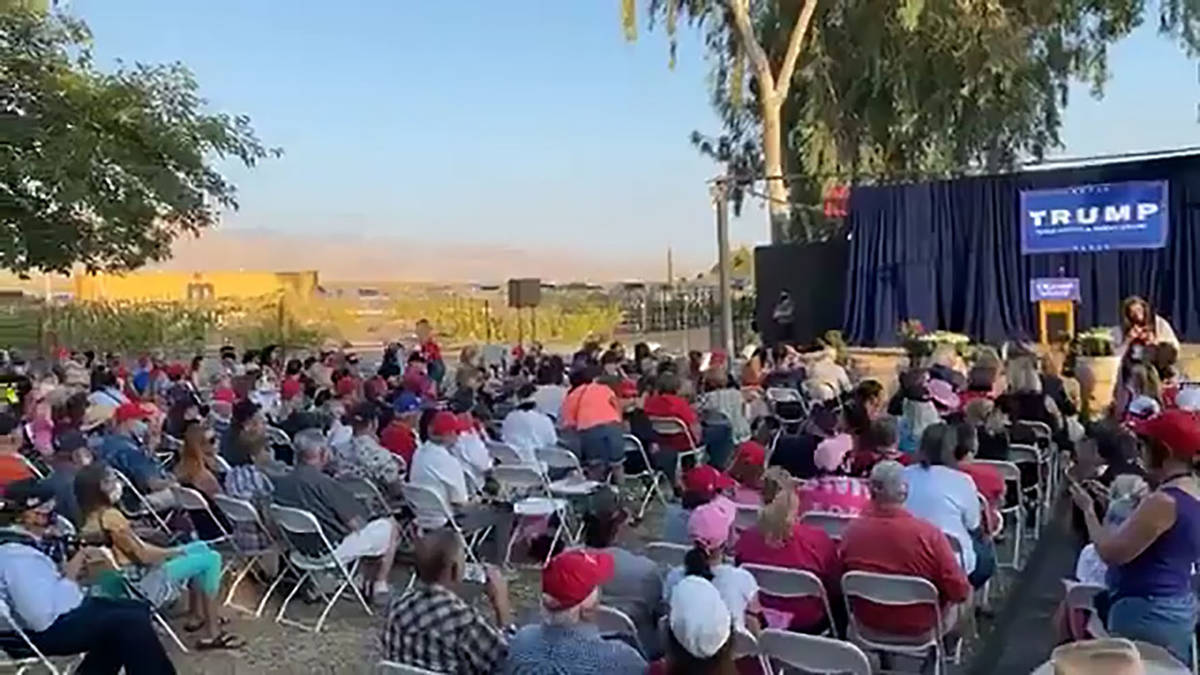 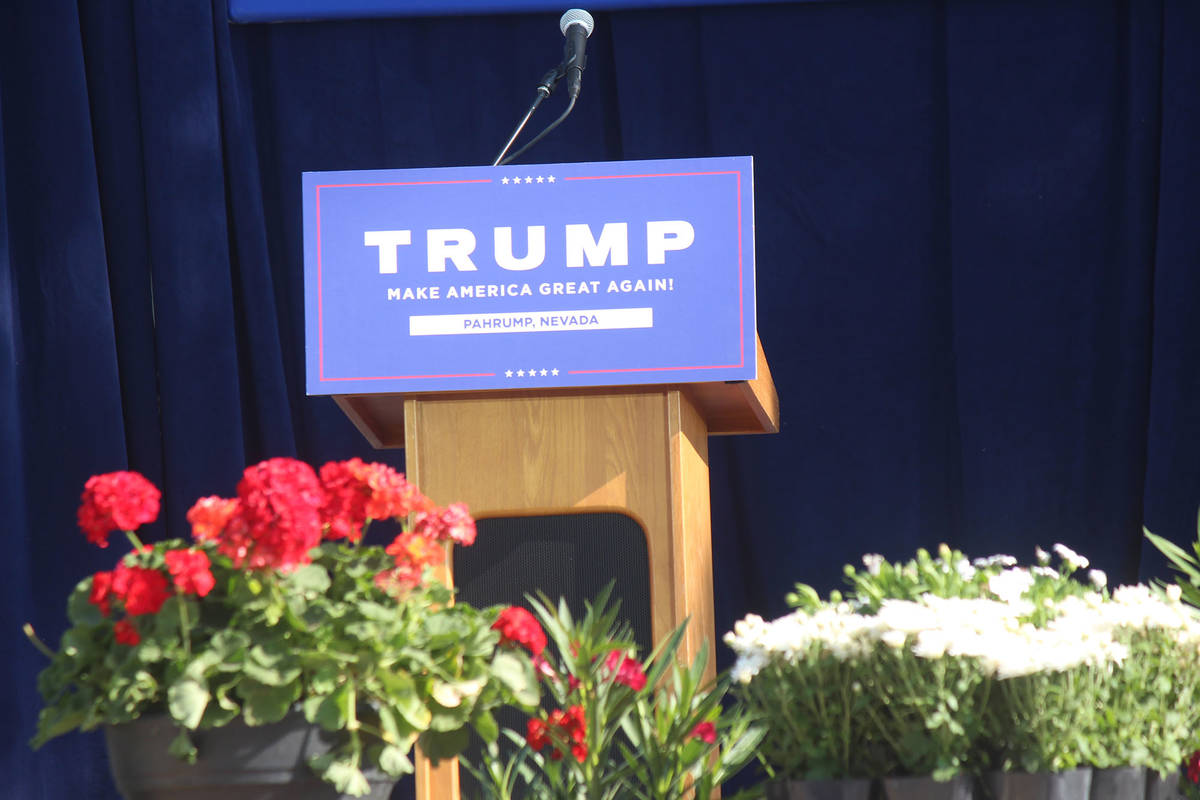 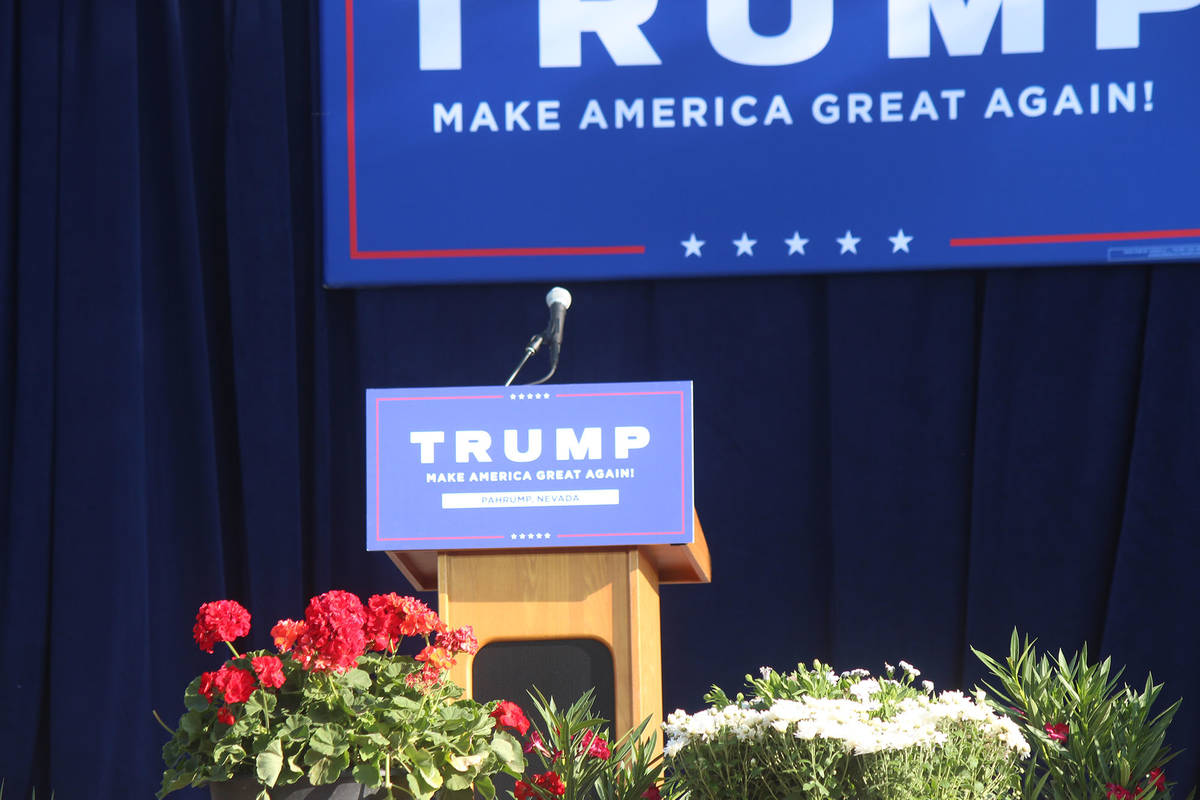 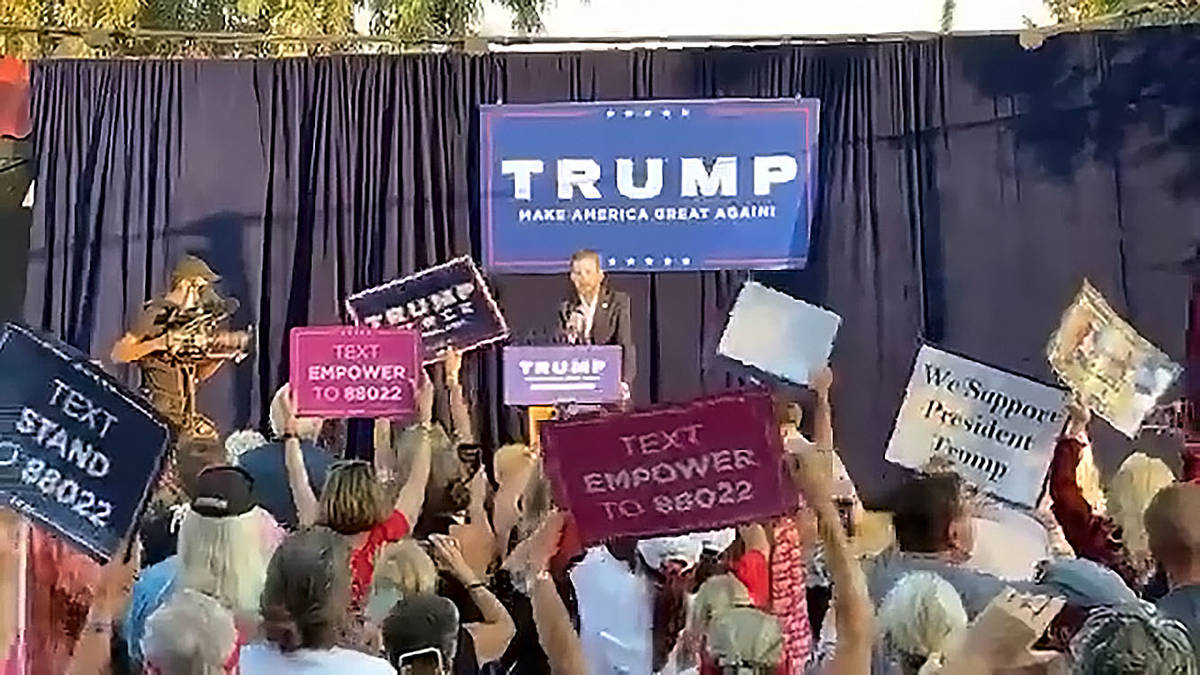 Eric Trump was featured at an outdoor “Make America Great Again” event in Pahrump on Thursday, where he was met by dozens of supporters to re-elect President Donald Trump, his father.

Attendees of the event at the Pahrump Valley Winery filled the seats for the address that featured Eric Trump, with other speakers in the lineup, including Nevada Congressional District 4 Republican nominee Jim Marchant.

Eric Trump’s speech to the filled rows of chairs included messages for his father’s campaign and potential second term, such as not repealing Second Amendment rights and fighting against Democratic candidates that he said are pushing for socialized medicine.

Eric Trump, during his more than 30-minute-long speech, also avidly spoke out against the idea of defunding police departments, a movement that was recently sparked in multiple cities across the country.

“We stand for law and order,” he said on stage.

Trump also offered positive comments to Nye County Sheriff Sharon Wehrly, who he called onto the stage during his speech. Wehrly and several deputies were patrolling during the event.

Wehrly exited the stage just after and Trump continued with the remainder of his speech.

Prior to heading to Pahrump, Trump also made stops in Las Vegas and in Arizona.

When asked about the event prior to its occurrence, Nye County Public Information Officer Arnold Knightly said the county had recently been made aware of the pending visit through a third party, and the venue had not contacted the town or county administration about it.

“However, the state directives on capacity limits of 50 people, social distancing, and face coverings are widely known,” Knightly said. “The county encourages all local businesses to take their attendees’ health and welfare into account, and that of the broader Pahrump community, and follow the state’s directives. As with all cases of actual or potential non-compliance with the governor’s directives, the county has referred this matter to Nevada State OSHA.”

The Pahrump Valley Times also reached out to Nevada OSHA.

Teri Williams, public information officer for the Nevada Department of Business and Industry, said in an email that, “Two inspections were opened related to the Trump campaign event in Pahrump.”

Williams said one inspection was on the Pahrump Valley Winery and the other on LMB Las Vegas, who did the audio-visual work for the Pahrump event.

Both inspections were still open and active as of Tuesday, so no details could be provided prior to the publication deadline for this article.

On Tuesday, Gov. Steve Sisolak held a press conference on changes to the allowances for large gatherings and youth sports. Those details were not available at the time of this writing.