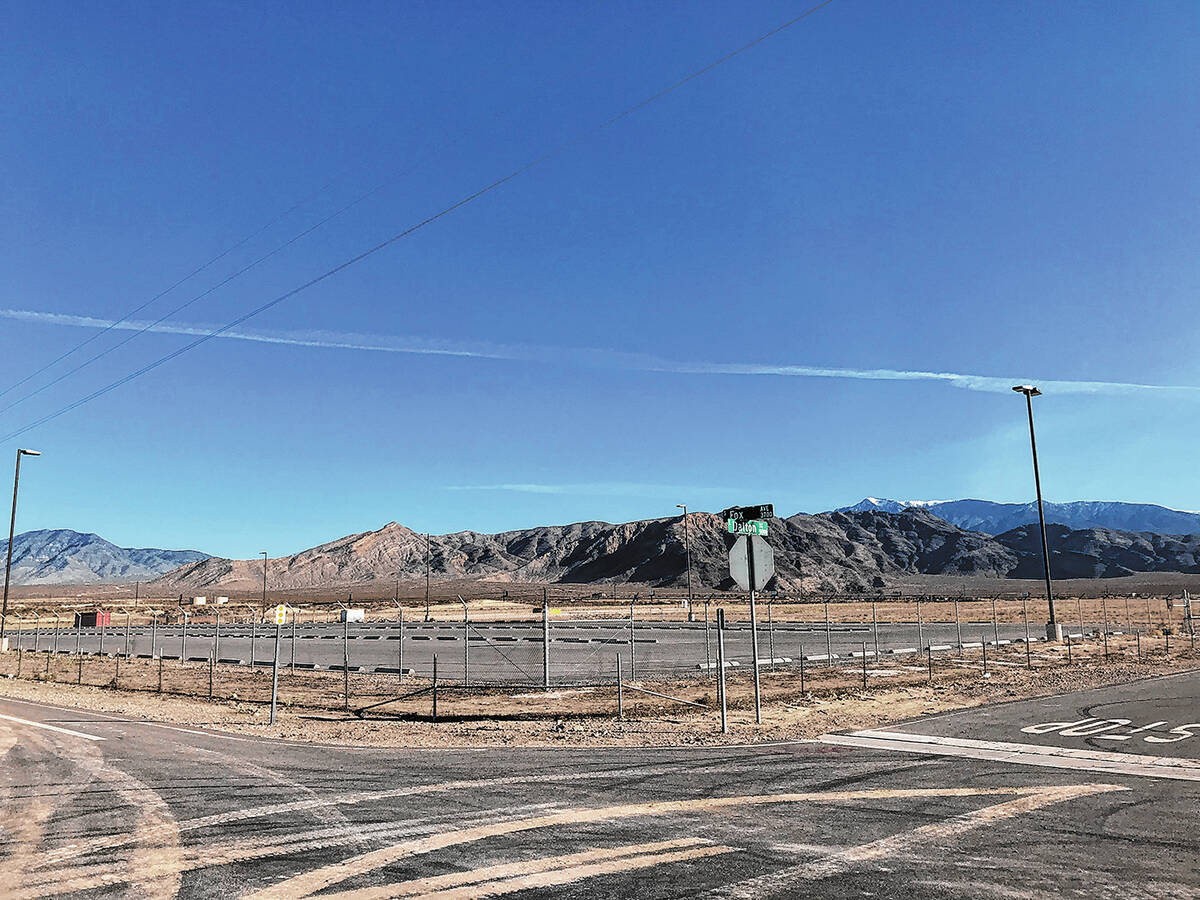 Robin Hebrock/Pahrump Valley Times The parking lot at the Pahrump Fireworks Launch Site, located on the Pahrump Fairgrounds, will soon see some modifications to allow for motorcycle training to be conducted at the site. 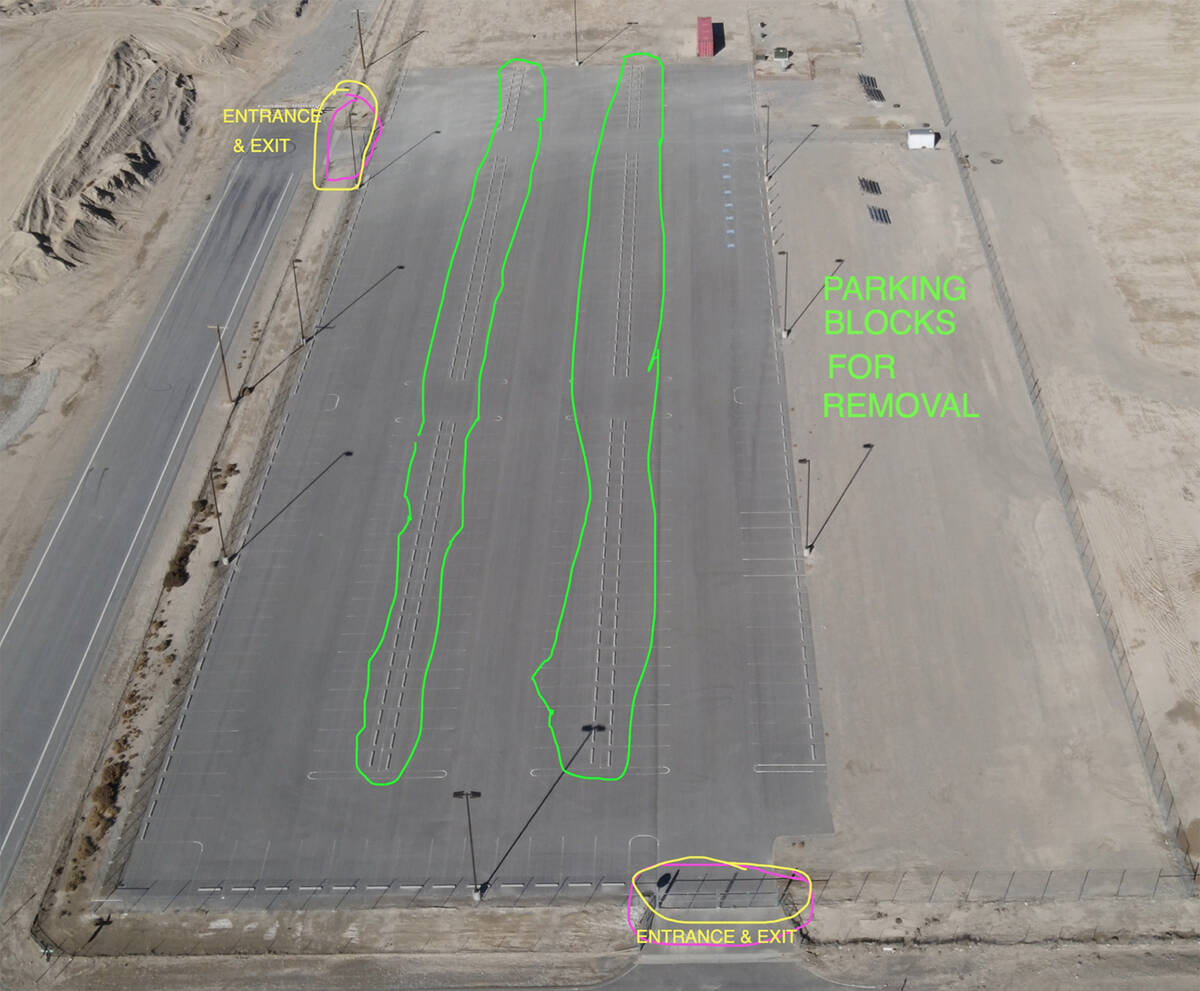 Special to the Pahrump Valley Times Provided by the VFW Riders, this photo shows the Pahrump Fairgrounds parking lot from a birds-eye view and denotes the parking bumpers that will be removed to allow for motorcycle training sessions. 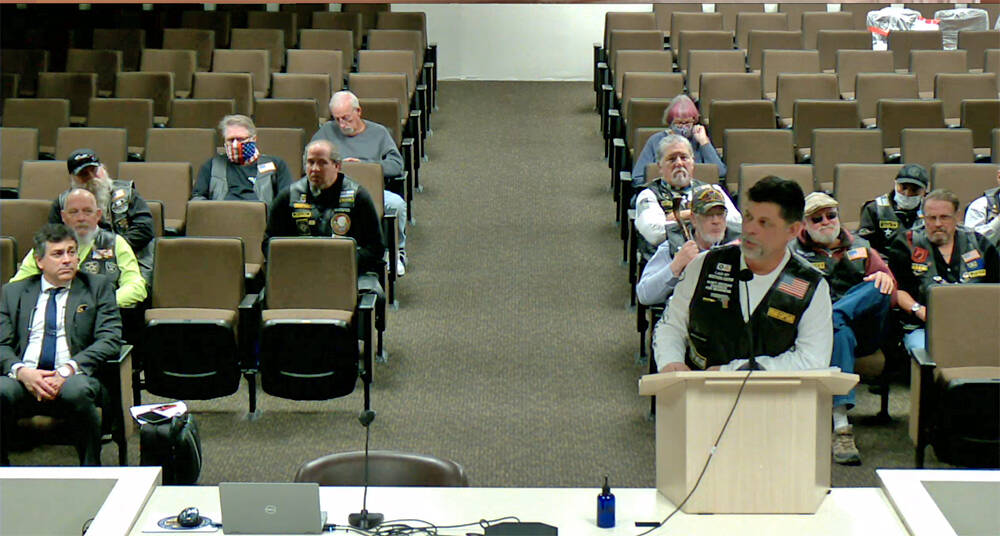 It comes following approval from the Nye County Commission earlier this month.

Commissioner Debra Strickland, who sponsored the deal, said the lot would be a perfect location for the training, if it could be modified. Typically, the parking lot is only used during weekends when the Fireworks Launch Site is open.

“Currently, this could be a well-used area that is not being used because of all the [parking] bumpers,” Strickland said, adding that similar requests have been made in the past. “We’ve had people who are learning how to be semi truck drivers who want to be able to learn how to back up using cones systems that they would likely train with, etc.”

Bill Carns of the VFW Riders said most of the existing concrete blocks used for parking bumpers at the lot would need to be removed.

“We realize that the parking blocks that are in the parking lot are there for safety reasons,” he said. “If those are removed and the rebar is taken out, during the events for the fireworks launch site, certainly throwing up some traffic cones there or even some of the tall cones and some tape could easily keep people from driving through areas where they are not intended…”

Carns said the VFW Riders would be willing to provide volunteers to assist with demolition of the bumpers.

The group also wants to paint 1- to 2-inch marks on the ground to indicate where cones are to be placed for training sessions.

“The idea is to be able to work with whoever the person in charge of that launch site is for availability to do the various trainings that we have, and keep it open for everybody, everybody who wants to ride two or three wheels and keep everybody on the road safe,” Carns said. “We are all, honestly, very sick and tired of seeing people who go down on bikes or trikes.”

It’s often not the fault of the ride, her said.

“If they were a little more aware of their surroundings or had a little bit better training for emergency preparedness, they would actually be able to handle those things without being involved in an accident or at least something so serious. We’re tired of scraping our brothers and sisters off the roadways.”

At the moment, he said the town does not have the manpower to move the bumpers.

Nye County Public Works Assistant Director Tom Bolling said he may be able to lend workers to aid in the removal.

Strickland said the fairgrounds is intended for multiple-purpose use.

Carns said the group would like to host quarterly events.

“Including getting some MSF certified instructors involved and having some things available for brand-new riders and if it goes well, ramp it up and maybe we could do something monthly,” he said.

Carns said there would be no formal fee for the training, but donations could help benefit the VFW Riders.

VFW Post #10054 Commander and VFW Riders acting President Marty Aguiar said the group is currently covered under a $2 million liability insurance policy and could add the town of Pahrump to that policy.