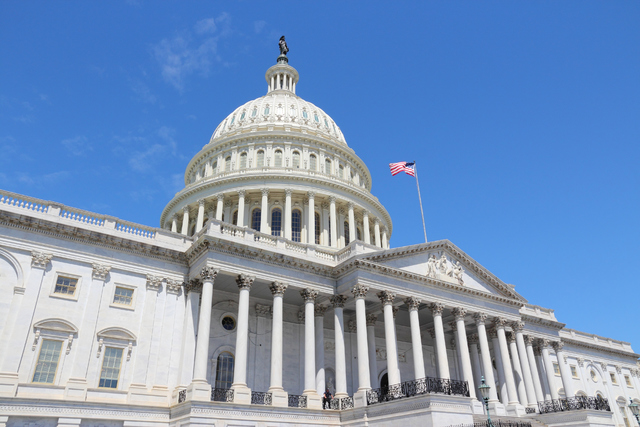 Thinkstock The federal legislation that was unveiled on Monday will provide discretionary funding for the federal government for the current fiscal year, according to the documents.

The fiscal 2017 federal Omnibus Appropriations Bill that was unveiled by the House Appropriations Committee has slightly more money than last year for payment in lieu of taxes that will help Nye and other counties where the federal government owns large amounts of land.

The legislation that was unveiled on Monday will provide discretionary funding for the federal government for the current fiscal year, according to the documents.

The bill allocated $465 million for payments in lieu of taxes (PILT), which provides funds for local governments in 49 states to help offset losses in property taxes caused by nontaxable federal lands within their counties.

Nye County Commissioner Lorinda Wichman said the county expects payments in lieu of taxes each year, however, it’s not a mandatory appropriation for federal lawmakers.

“Each year, we work with the National Association of Counties to encourage our representatives to fully fund and make mandatory the PILT payments to the counties.

“The PILT payment is a revenue source that is placed in the general fund and provides the services of the county,” Wichman said. “It is usually about 10 percent of the county’s operating revenue. This year’s payment is 3 percent more than last year.”

Without that money, rural counties, such as Nye could have budget shortfalls impacting public safety, education, and other local government responsibilities.

Nye County Comptroller Savannah Rucker said more than 90 percent of all the land in Nye County is owned by the federal government, which means that Nye County is not able to tax that land at a rate that a regular property owner would pay.

Payments in lieu of taxes are an important part of Nye County’s operating budget, and the revenue is used for general fund operations, Rucker said.

The payments in lieu of taxes program was created in 1976 to offset costs incurred by counties for services provided to federal employees and families, the public and to the users of public lands, the National Association of Counties reports.