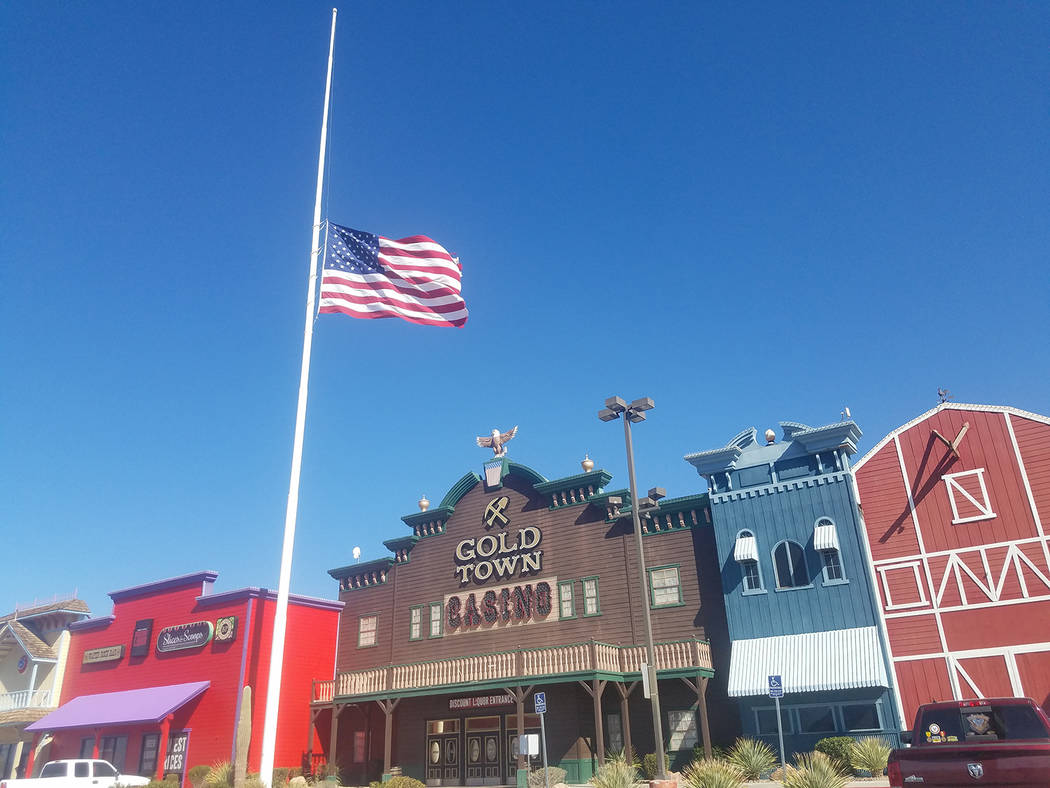 American flags are at half-staff in the Pahrump community in honor of the victims of the school shooting in South Florida.

At least 17 were killed Wednesday at Marjory Stoneman Douglas High School in the Parkland, Florida area.

“Our nation grieves with those who have lost loved ones in the shooting at the Marjory Stoneman Douglas High School in Parkland, Florida,” he said.

“As a mark of solemn respect for the victims of the terrible act of violence,” Trump ordered that the American flag be flown at half-staff at all public buildings and grounds and throughout the United States and its territories and possessions until sunset, Feb. 19.

“I also direct that the flag shall be flown at half-staff for the same length of time at all United States embassies, legations, consular offices, and other facilities abroad, including all military facilities and naval vessels and stations,” Trump said.

The shooting was the deadliest in a U.S. school in more than five years.

A 19-year-old suspect, a former student at the school, was taken into custody.