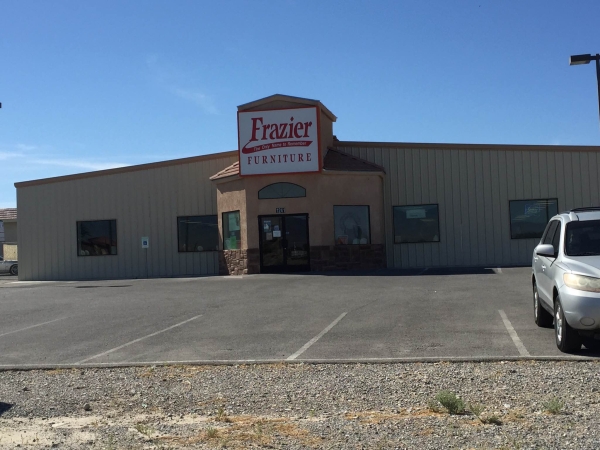 A longtime fixture in the furniture business in town could soon be looking for a new home.

Ron Frazier, owner of Frazier Furniture, said an option to buy the building at 1241 E. Calvada Blvd. has been signed with a February 2016 deadline.

Frazier would not disclose who the agreement is with, but did say an existing owner in his area has interest in the building.

“A buyer took out an option on it because they wanted to have all three properties here,” Frazier said.

An application for a medical marijuana cultivation facility at the old Skate Zone, the building next door to Frazier’s, was on the Nye County Commission agenda June 16.

The applicants who applied for the license were property owner Debra Beatty of DP Brooks Investments, LLC and Howard Misle of ACC Industries, Inc., who will run the proposed cultivation facility.

The unnamed potential buyer took the option out on the building in February, and under their agreement has one year to purchase the building from Frazier.

With there being around five months until the prospective buyer has to fulfill his purchase, Frazier explained his plans if that does take place.

“So we will have to move the business,” he said. “That’s what we’re hoping to do, but until he exercises the option, nothing happens.”

If in fact the potential buyer does decide to buy the building Frazier Furniture is housed in, they would have plenty of time to find a new site for the longtime furniture store.