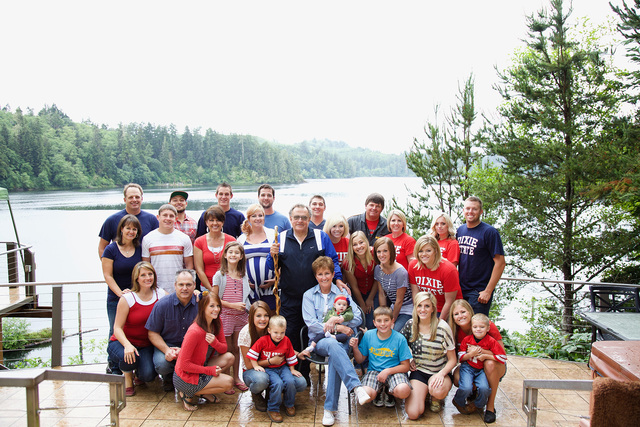 Ray Wulfenstein and wife Irene, who died in December 2014, leave behind four children and 15 grandchildren, many who remain in Pahrump. Special to the Pahrump Valley Times 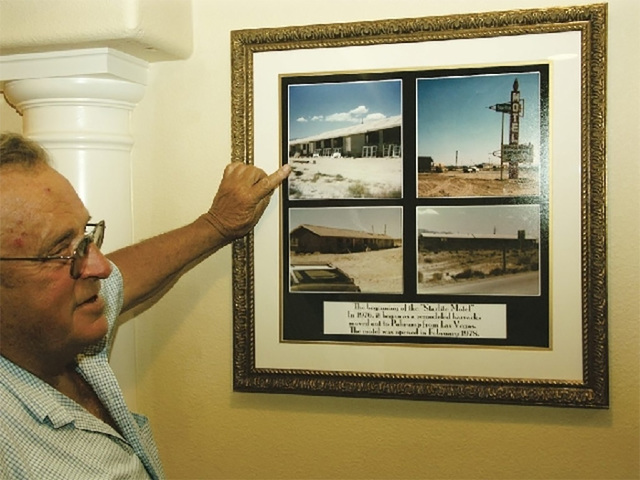 Ray Wulfenstein moved from Las Vegas to Pahrump in 1972, building a motel that is now the Best Western next to Draft Picks on Highway 160. He also developed a large construction company that carries the family name and is responsible for many of the commercial and early residential projects in Pahrump. Special to the Pahrump Valley Times 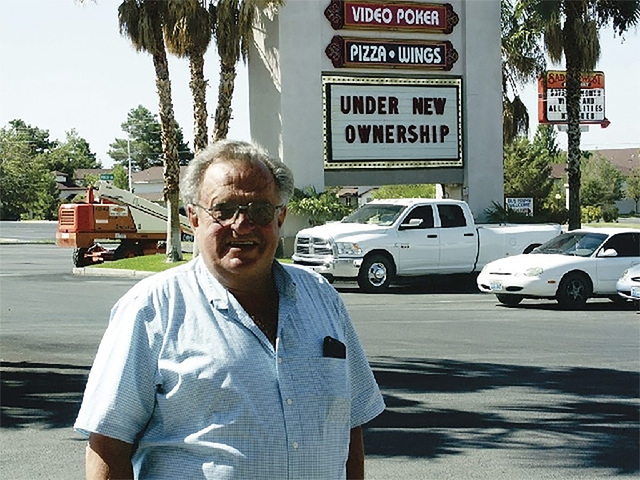 Ray Wulfenstein, the patriarch of one of Pahrump’s founding and most recognizable families, was killed in a single-engine plane crash in southern Oregon on Friday. Special to the Pahrump Valley Times

The funeral service for Ray Wulfenstein will be Saturday at the Church of Jesus Christ of Latter-day Saints, 921 E. Wilson Road (corner of Wilson Road and West Street)

Visitation starts at 11 a.m. with the service beginning at 1:30 p.m

Wulfenstein, the patriarch of one of Pahrump’s founding and most recognizable families, was killed in a single-engine plane crash in southern Oregon on Friday.

According to multiple news sources in Oregon, Wulfenstein was flying his single-engine Cessna when it crashed around 1 p.m. on a beach in Curry County. He was alone on the plane.

According to KTVL-TV in Medford, “Oregon State Police said the U.S. Coast Guard dispatched a helicopter to search the area after overhearing a distress call between a pilot and the FAA,” the report stated. “They found the wreckage and alerted first responders. It is believed the pilot suffered some sort of medical issue prior to the crash.”

Wulfenstein moved to Pahrump in 1972 where he started a small motel business when Highway 160 was nothing more than a lonely deserted road in the middle of nowhere.

That business grew into an RV park, car wash, land development and a construction company, which bears the family name.

Son-in-law Mike Colucci said Wulfenstein spent most of his time in the Pacific Northwest after his wife Irene died at the age of 76 in December 2014.

The couple leaves behind four children and 15 grandchildren.

Colucci noted Wulfenstein had been a licensed pilot for many years.

“Ray has a beautiful cabin home on the lake where he lived most of the time, but he came down to Pahrump periodically on holidays and such,” he said. “That’s where he has all of his toys, including his planes and Jeeps. He stayed up there most of the time.”

Colucci also said Wulfenstein was excited to get behind the pilot’s seat after an extended period on the ground.

“The last couple of days, he was very stoked because he had not flown the plane for a while,” he said. “He had just flown on Thursday and called us because he was all excited that he got back up in the air again. He went out again on Friday.”

Ironically, Colucci said his wife and sister-in-law recently made plans to visit their father in Oregon.

“He called us Thursday evening and seemed real happy,” he said. “My wife Cindi was planning a trip with her sister to go up and spend a couple of days in Oregon with him.”

The Wulfenstein name has been a mainstay in the community for many decades along with the likes of the Bowmans, Floyds and Hafens, to name a few.

Tim Hafen, a friend and fellow developer, recalled Wulfenstein as a “great builder” within the community when they first met decades ago.

“Ray formed the largest construction company here in Pahrump along with a paving plant, excavation, and all of that,” Hafen said. “He did residential subdivisions, and he was just one of the more serious and main developers of early Pahrump. As you drive up Postal Road, all of that commercial strip area with offices mostly is just a small part of what Ray built in this town. He did a hell of a lot of things for this community.”

“It was the wedding of Ray’s granddaughter Sarah, and they had an outdoor wedding reception,” he recalled. “We both attended the reception and that was the last time I spoke to Ray. It was probably one month ago. He had a great family, which is not an easy thing to do nowadays.”

Additionally, Hafen said though he knew Wulfenstein had been a pilot for many years, he wasn’t sure if his friend was still flying.

“I hadn’t been reminded or realized whether he was still flying or not,” he said. “Obviously, I was very shocked when I heard the news of Ray’s passing. In fact, Cindi Colucci… called me with the news and it was quite a shock.”

Wulfenstein also gave to various causes around Pahrump in the four decades he and his wife lived here.

Geoff Schumacher, senior director of content for the Mob Museum in Las Vegas, said Wulfenstein was “one of the top two or three prominent individuals” in town when Schumacher was growing up in the late-1970s to early 1980s.

“But more importantly, he was the sponsor of our little league team, aptly nicknamed the Wolves,” Schumacher said. “And as I remember it, we were the envy of the other teams, because Mr. Wulfenstein provided pizza for the players after every game. We also happened to win most of our games, because we had a lot of good players who went on to play high school ball, and one or two who even played in college.”

Back in 2013, Wulfenstein sold Wulfy’s sports bar on Highway 160 to retire and enjoy the fruits of his labors with his wife.

“We still have a lot of real estate to develop when the real estate market comes back, but right now we are just going to settle down and retire,” he said at the time. “We took our time, worked out the details, and now both sides are just tickled to death.”

Colucci, meanwhile, noted that it’s still too early to determine if a medical issue contributed to his father-in-law’s death, noting Wulfenstein had the same common health issues that most 79-year-old men experience.

As far as Wulfenstein’s legacy in the community, Colucci considered his father-in-law one the pioneers of the Pahrump Valley.

“I think it would be safe to say that Ray can be remembered as one of the founding fathers of Pahrump,” he said. “Tim Hafen put it in a very heartfelt way recently when he spoke to my wife Cindi. He said the Hafen family created Pahrump in black and white, while Ray and Irene Wulfenstein turned it into color.”