Former wide receiver Cliff Branch is a senior finalist for the 2022 Pro Football Hall of Fame. Head coach Jon Gruden and quarterback Derek Carr comment on the late wide receiver, who spent his entire 14 season career with the Raiders, getting the nod. (Heidi Fang/Las Vegas Review-Journal)
By Ed Graney Special to the Pahrump Valley Times
August 27, 2021 - 3:30 am 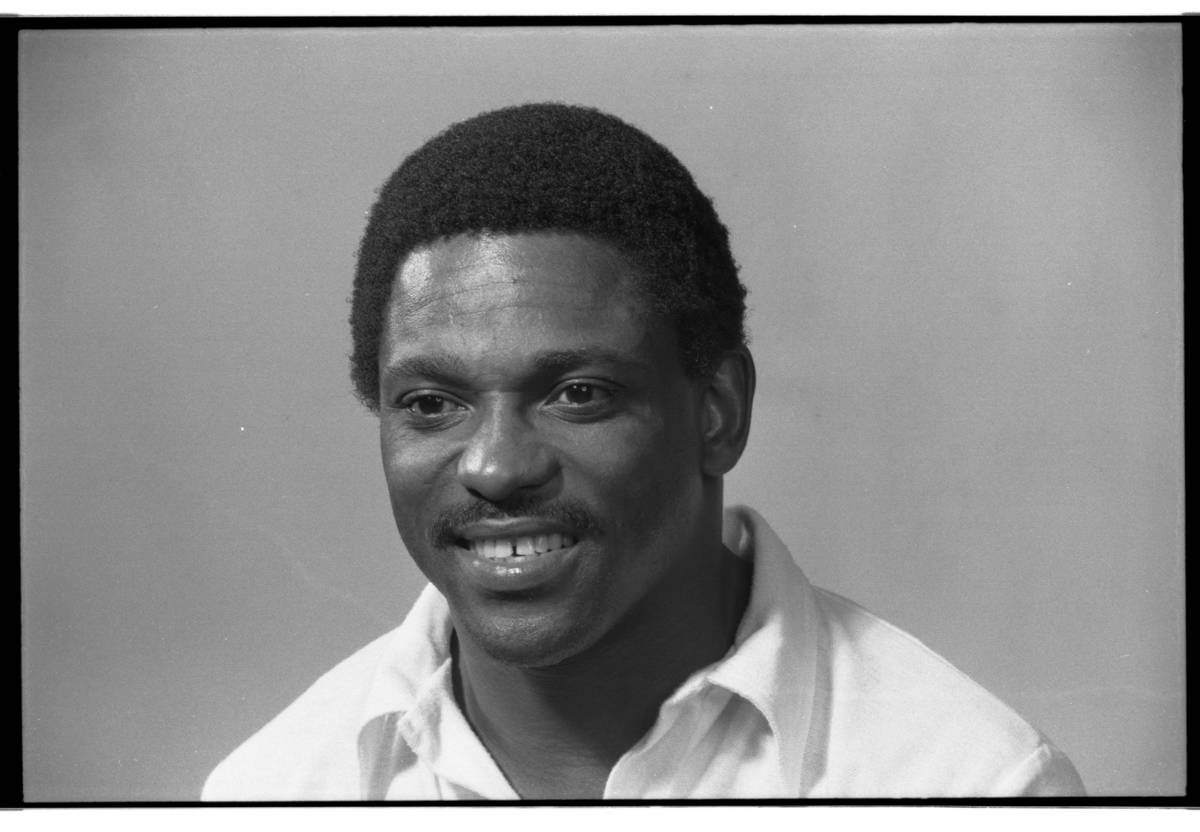 Imagine the sight of Cliff Branch playing wide receiver under today’s NFL rules. Imagine defensive backs not being able to touch him past 5 yards. Imagine the folly of it.

“He would be impossible to stop,” Nick Canepa said. “No chance.”

Canepa is a sports columnist at the San Diego Union-Tribune who has covered the NFL for 40 years. He long has believed Branch the finest player not yet in the Pro Football Hall of Fame. That soon could change.

Branch is closer than ever.

The late Raiders great has been named a senior finalist for the Hall’s class of 2022, along with coach Dick Vermeil.

Branch died in 2019 at the age of 71. That’s the cruel part of this. His having to wait so long to be sized for a gold jacket and to have his likeness carved in the clay of a bronzed bust.

Branch will need 80 percent of the vote from a 49-member selection committee when it meets early next year to gain induction. He assuredly will receive it. This is all but done.

I don’t pretend to know why it took so long or all that went into Branch not gaining inclusion as decades passed. Lynn Swann is in the Hall of Fame, and Branch isn’t yet. “Go figure” is right.

I know well some writers who vote for the Hall of Fame. People in the room when the back-and-forth regarding candidates begins. There are really (really) long discussions on most.

And then sat down.

I’m not suggesting Branch was that kind of candidate. Few are. But he owned a trait that always should produce a Hall of Fame call five years after one’s final snap.

He did as a wide receiver what Hall of Famer Ray Guy of the Raiders did as a punter.

Branch changed how the game was played.

His world-class speed forced defenses to adjust for such vertical attacks. Opponents feared his ability to stretch the field and reacted accordingly, schemed things up differently to stop him.

“You can’t measure his impact in catches or statistics,” Raiders coach Jon Gruden said. “He was a threat to go all the way all the time. A great guy, a world champion, a difference maker down the field. It would be great to see him get in the Hall of Fame.”

Branch played about half of his career (1972 to 1986) during an era when receivers weren’t just hit off the line but several more times down the field. Just for the heck of it. Just because.

That changed in 1979, when the NFL decided wideouts no longer could be touched after 5 yards.

Man, would he rack up numbers now.

Branch won three Super Bowls with the Raiders and three times was named first-team All-Pro. He had 501 receptions for 8,685 yards with 67 touchdowns over those 14 seasons with the organization. More than Hall-worthy.

Best in the NFL

“During those days, I would ask cornerbacks all over the league who the best wide receiver was in the NFL,” Canepa said. “Without hesitation, they said Cliff Branch. Every single one of them. Cliff Branch. He should have been a first-ballot Hall of Famer. He was that great.”

It was the day following Branch’s passing when each Raiders player wore his No. 21 jersey at practice.

The previous evening, Gruden showed his team highlights of Branch torching defenses. The love for him remains as steadfast as always.

“I wish this came a little sooner — I think we all do,” Raiders quarterback Derek Carr said of Branch being named senior finalist. “I’m happy. But at the same time it’s, ‘Dang, couldn’t it have been sooner?’”

Should have been, actually. Much.

Ed Graney is a Sigma Delta Chi Award winner for sports column writing and can be reached at egraney@reviewjournal.com or 702-383-4618.