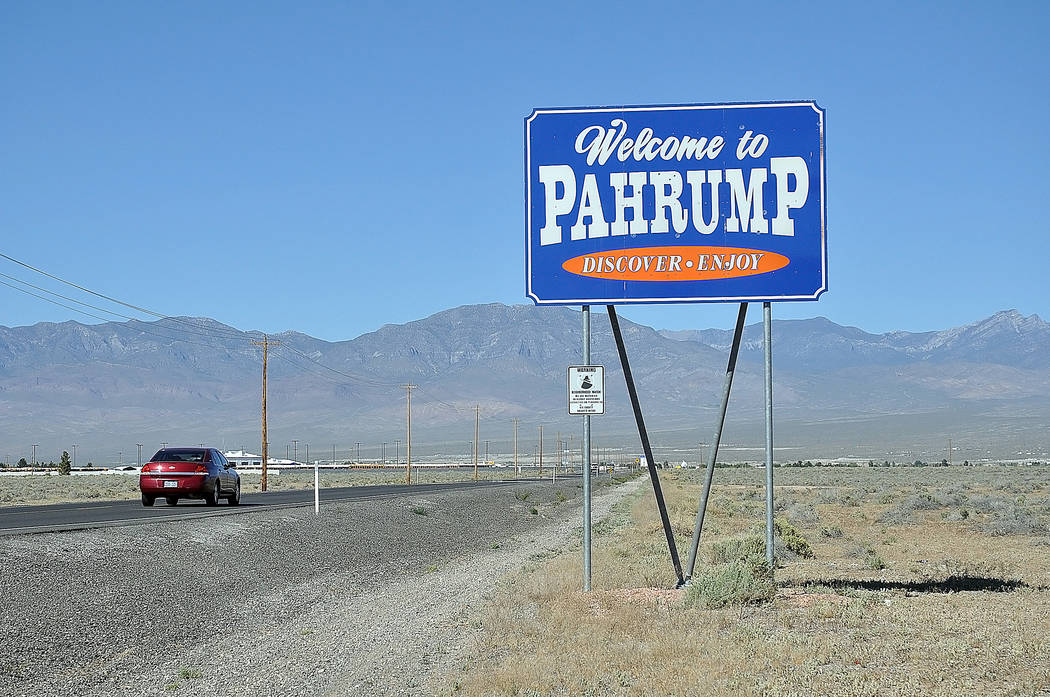 Horace Langford Jr./Pahrump Valley Times Pahrump Tourism Advisory Committee presented metrics for visitpahrump.com and its social media for April and March at the May 4 meeting.

Pahrump continues to gain clout among tourists as its social media and website traffic grows steadily.

The Pahrump Tourism Advisory Committee presented data on website and social media performance from March through April at the meeting on Thursday.

While traffic to visitpahrump.com was flat in March, April saw a 69.3 percent increase in visits and 33.79 increase in page views compared to last year.

By comparison, in March 2016, the website had better traffic and Ledbetter attributed it to last year’s super bloom in Death Valley National Park that quickly sparked a social media frenzy.

“We don’t know (that) for a fact, but we do know that the super bloom occurred for the first time in social media history. So it’s spread like wildfire on social media,” Ledbetter said.

U.S. visitors were the largest group that looked at visitpahrump.com with 70.9 percent, while visitors from Canada and India were second and third with 19.5 and 7.7 percent of all visits, respectively.

Nevada visitors top the list of all visitors to the website with 41.5 percent, followed by visitors from California with 23.3 percent and Texas with 3.7 percent.

“Twitter is a really fickle platform for us. We are not adding a lot of success on Twitter, it’s just the way it is,” Ledbetter said.

“We are having good success on Instagram, we are enjoying a lot of engagement. The photographs tell a story, they speak to people, the photographs and videos,” Ledbetter said.

Visitpahrump.com is a website that promotes tourism in Pahrump and is managed by BrainTrust.com, a Las Vegas-based marketing agency.

During March and April, the website had 73 earned media placements with a value of more than $505,000 and 129 million in impressions.

“What we are finding is that this project is performing very well. We are gaining engagement, we are gaining very good impressions and click-throughs,” Ledbetter said.