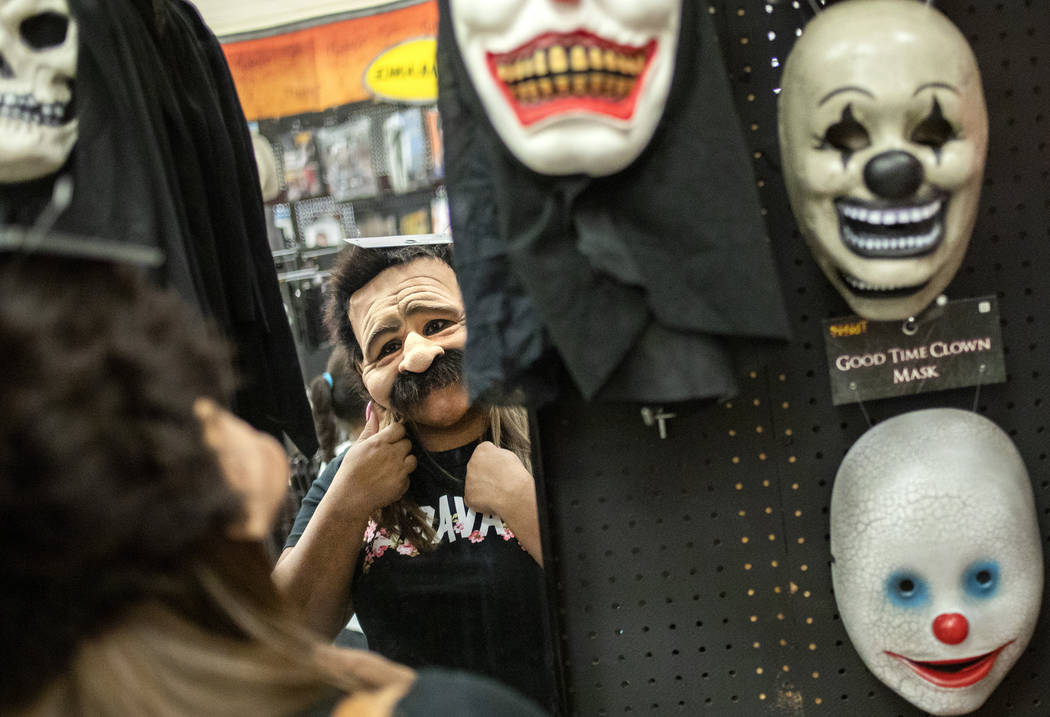 Ellen Schmidt/Las Vegas Review-Journal Laura Silva of St. George, Utah tries on a mask for her upcoming Halloween costume on Wednesday, Oct. 23, 2019, at Spirit Halloween in Las Vegas. Silva decided on matching scarecrow costumes for her and her baby. 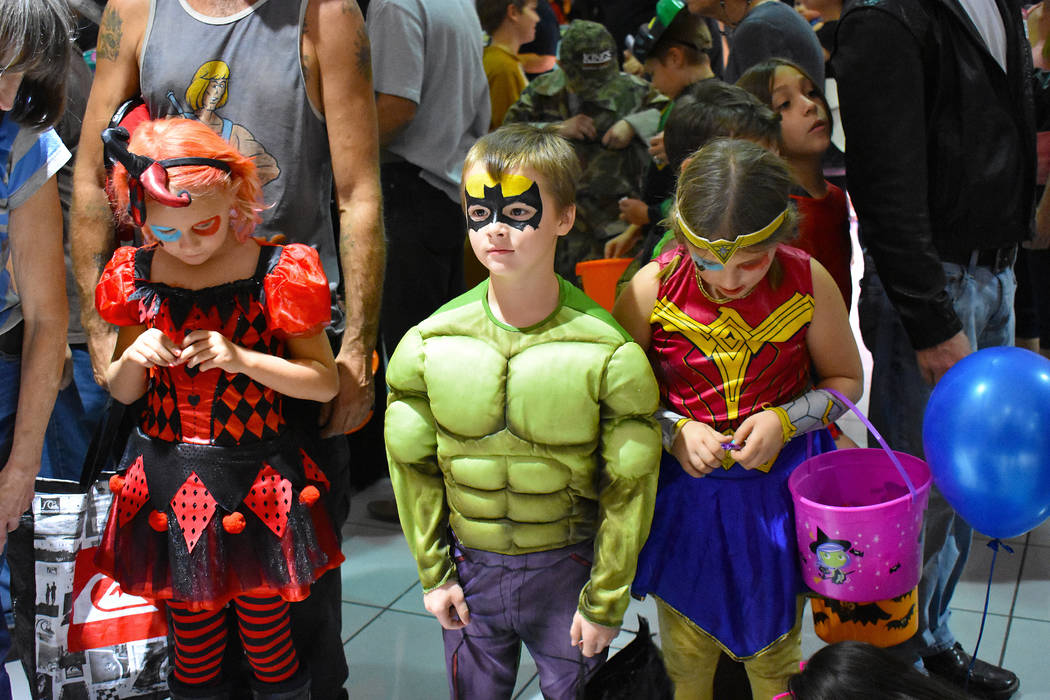 Daria Sokolova/Pahrump Valley Times file A total of 172 million people plan to celebrate Halloween – 68 percent of those surveyed – down from 175 million last year.

U.S. consumers are looking to social media for Halloween costume and decoration ideas as spending is expected to reach a near-record amount this year, according to the National Retail Federation’s annual survey conducted by Prosper Insights &Analytics, the federation announced.

Shoppers say they will spend an average $86.27, down just slightly from last year’s record $86.79. That works out to $8.8 billion in total spending, down from last year’s $9 billion. This year’s total is expected to be the third-highest in the survey’s 15-year history, after the record $9.1 billion set in 2017. A total of 172 million people plan to celebrate Halloween – 68 percent of those surveyed – down from 175 million last year.

“Spending hasn’t changed much over the past few years, but we are seeing a noticeable increase in consumers whose Halloween purchases are inspired by their friends, neighbors and even celebrities on social media,” National Retail Federation President and CEO Matthew Shay said via news release. “Retailers expect to have another strong Halloween season and have stocked up on candy, decorations and the season’s most popular costumes.”

This year, Nevada consumers are projected to spend $139.4 million on ghostly decorations, costumes and sweets to celebrate Halloween, according to estimates by the Retail Association of Nevada. Consumers in the Silver State will spend an estimated $50.2 million to dress up this Halloween, the association said in an Oct. 24 statement.

This year, decorations are projected to be the second-highest grossing category with $42.1 million in spending statewide. As expected, 95 percent of adults celebrating Halloween this year plan to purchase candy. Sugary sweets are projected to be the third-highest revenue generator for Nevada retailers this year, with the Retail Association of Nevada estimating nearly $41.0 million in candy sales. Greeting cards come in fourth with an estimated $6.2 million in sales.

“With Halloween night just around the corner, Nevada retailers are fully stocked with the essentials for the scariest night of the year,” Bryan Wachter, senior vice president of that Nevada association. “The combined efforts of both online and in-store retailers are sure to create a memorable night.”

In the U.S., online search remains the top source of Halloween inspiration, cited by 35 percent of consumers surveyed, followed by browsing in stores at 28 percent and ideas from friends and family at 20 percent.

Inspiration from social media has increased across several platforms since 2015. Pinterest was cited by 18 percent, up from 13 percent in 2015; 14 percent cited both YouTube (up from 8 percent) and Instagram (up from 7 percent).

According to the survey, consumers plan to spend $3.2 billion on costumes (purchased by 67 percent of Halloween shoppers), $2.6 billion on candy (95 percent), $2.7 billion on decorations (72 percent) and $390 million on greeting cards (34 percent).

The ongoing trade war with China is causing uncertainty among American consumers, and 14 percent of those surveyed said their concerns about the economy would impact their Halloween plans, the federation said in its Sept. 25 news release. Most Halloween merchandise was in the country before 15 percent tariffs on consumer goods took effect on Sept. 1.

“Halloween celebrations are primarily for children, and we see many of the same costume choices year after year,” Prosper Insights Executive Vice President for Strategy Phil Rist said in the release. “Grownups who celebrate may be looking for new ideas, but for children, princesses and superheroes are perennial favorites.”

The survey of 7,419 consumers was conducted September 3-10 and has a margin of error of plus or minus 1.2 percentage points.