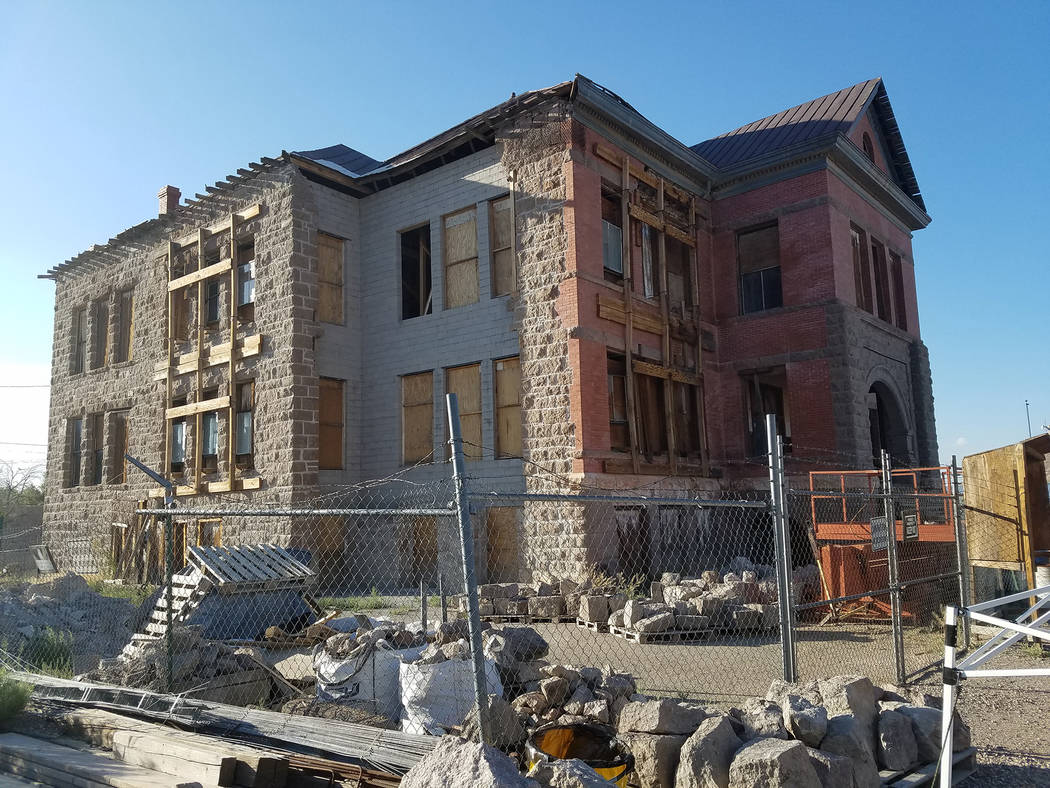 David Jacobs/Pahrump Valley Times Goldfield High School as shown in an Aug. 5, 2016 photo. Efforts continue to restore the historic building that would be used as a community and cultural center. It also would serve as an interpretive or museum center to preserve the history of Goldfield and surrounding areas. 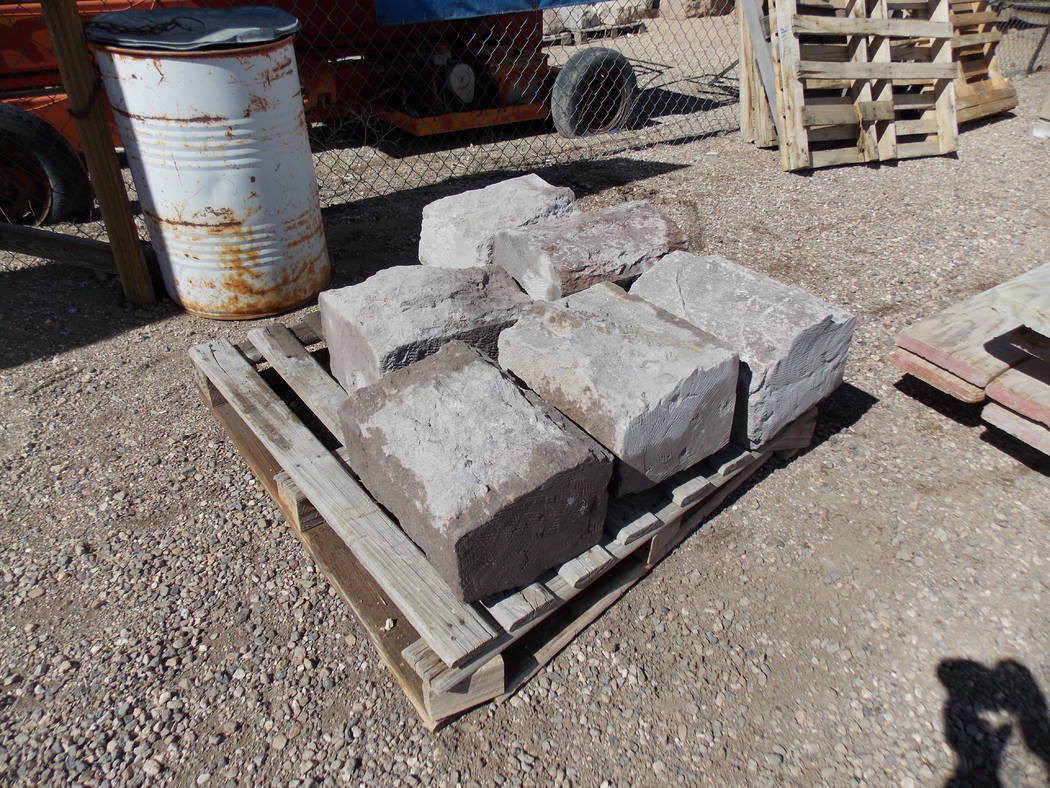 Special to the Pahrump Valley Times/Goldfield Historical Society Portions of the original stone blocks were recovered for the outer portion of the south wall of Goldfield High School restoration project. According to Sharon Artlip from the Goldfield Historical Society, stone blocks from as far as Miller's Rest Stop, 40 miles northwest from the old high school, were recovered for the project being spearheaded by the historical society. 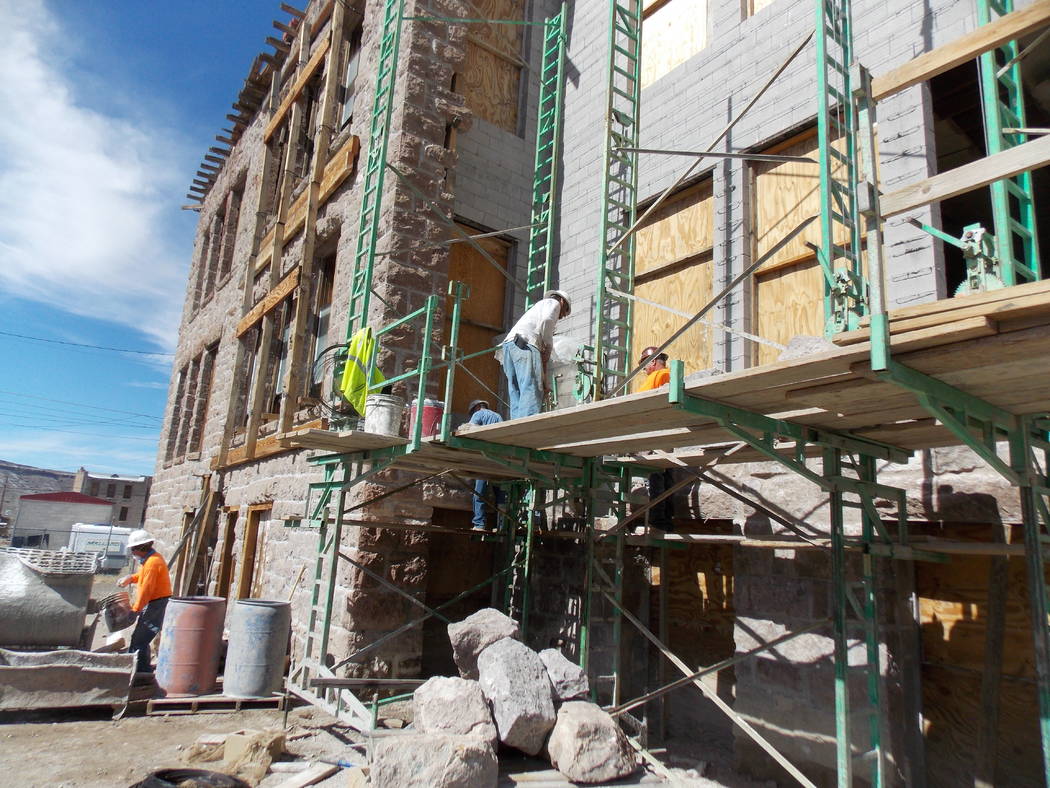 Special to the Pahrump Valley Times/Goldfield Historical Society Construction crews work on the Goldfield High School's south wall. The south wall project came to completion in March 2018 as efforts to transform the century-old structure into a community, cultural and interpretive center continue. 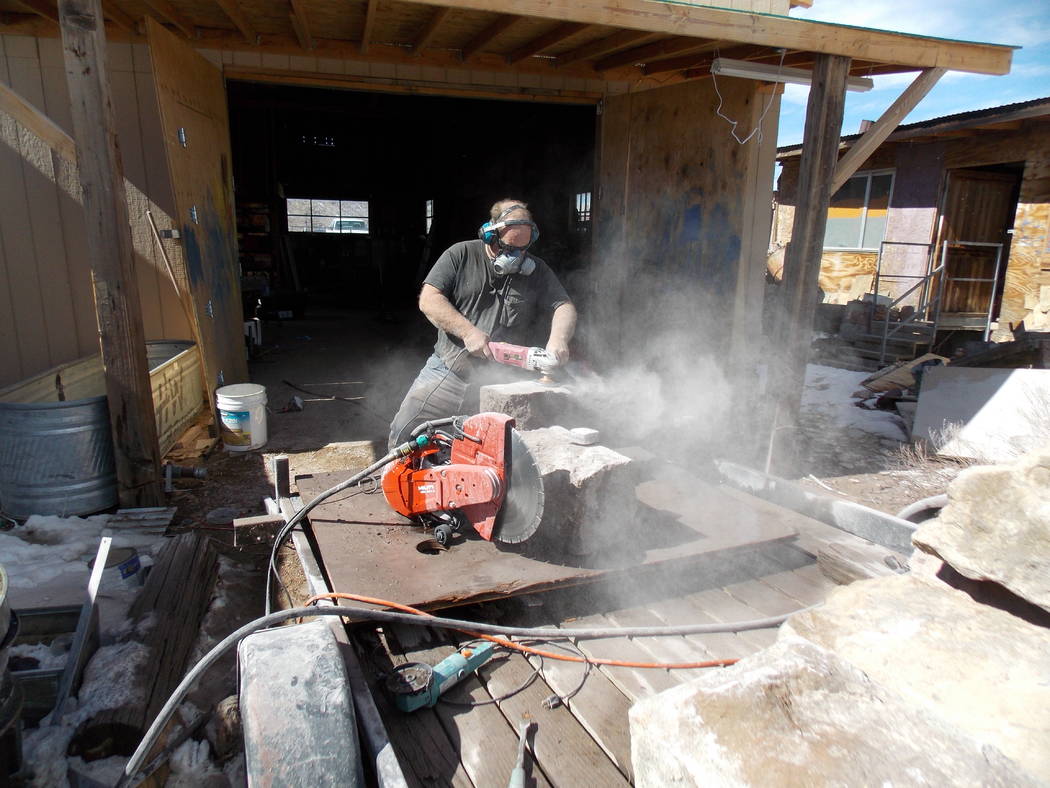 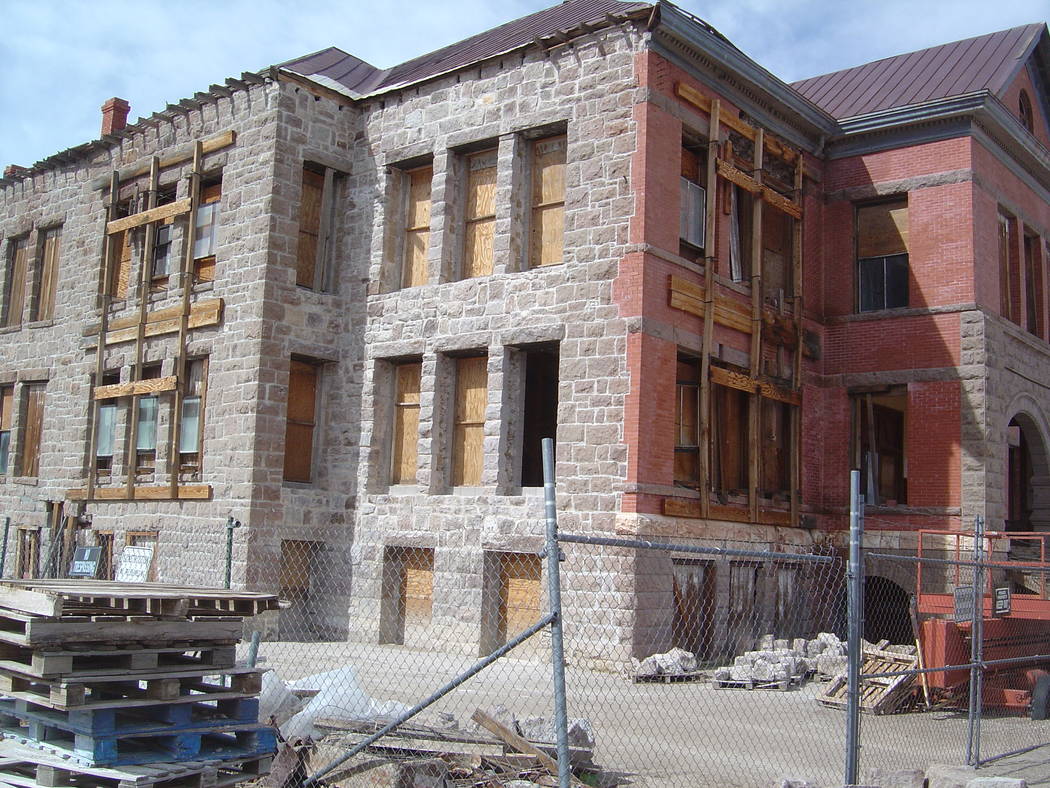 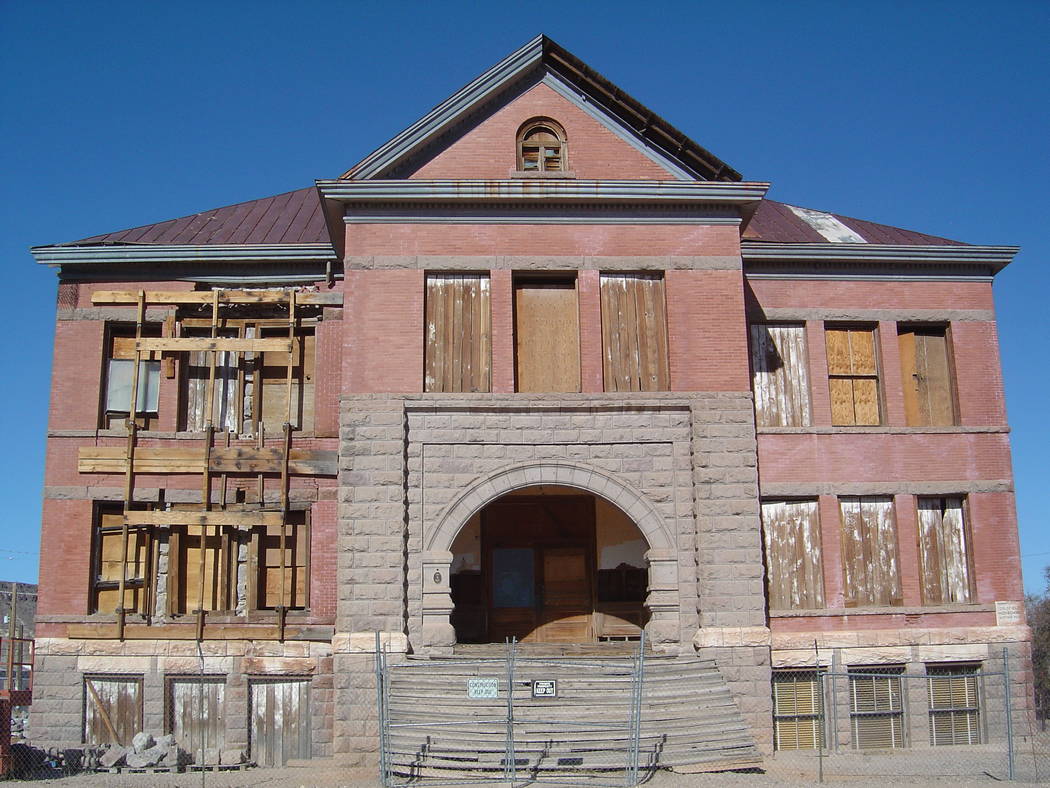 The Goldfield Historical Society is set to receive a boost on efforts to revive the Goldfield High School that has sat dormant in the desert town for more than six decades.

The Nevada Commission for Cultural Centers and Historic Preservation awarded $80,000 to the Goldfield Historical Society in April to help restoration efforts underway to resurrect the three-story, 20,000-square-foot structure that was shuttered in 1953.

John Ekman, president of the Goldfield Historical Society and project manager for the high school, said reuse intention for the old high school is a community center, cultural center and interpretive center, a modern term for a museum.

According to Ekman, the building has pretty much sat undisturbed and no work of any consequence has been done since the school was closed in the early 1950s, until 2005 when the south wall of the structure collapsed.

That’s when volunteers stepped in to help maintain the structure. A few years later, the historical society became involved in the effort, Ekman said.

A milestone was reached on the high school project in the second half of March, with the completion of reconstructing the south wall of the high school, which has been in the works for more than a decade, according to Ekman.

A multitude of grants has been obtained over the last several years to revitalize the old school.

The next steps on the project include work on the east wall, followed by working on the roof of the building that sits on the corner of Ramsey Street and Euclid Avenue, near the courthouse.

Work on the wall is set to be completed by the end of 2019 with monies from the $80,000 grant that was approved in April, Ekman said.

In the meantime, Ekman said he is planning to do fundraisers to generate private donations for rebuilding the stairs and windows in the school.

“A lot of expense was incurred just to bring it to the point to where we could start doing permanent structural stabilization and repair work,” Ekman said.

Ekman explained that, “a little over $200,000 had been put into the project because of all of the temporary stabilization required and because of the interior and exterior structure supports required by the National Park Service before we could even begin any actual physical work.”

Rebecca Palmer, state historic preservation officer at the Nevada State Historic Preservation Office, said the project has received three grants through the Nevada Commission of Cultural Affairs, all of which were used to stabilize the building, she added.

Going forward, Palmer said the next grant cycle will begin after July 1, 2019, though funding is never a guarantee because it’s a general obligation bond fund, she explained.

“The state sells bonds based on our debt capacity, and the bonds are then used to pay for capital improvement projects and other special programs,” she said. “One of those is for the Nevada Commission for Cultural Centers and Historic Preservation.”

This round of funding brought in $1 million in grants for 15 projects across the state, including the Goldfield High School and the Tonopah Historic Mining Park Foundation that was allocated $100,000.