Homebuilders reverse sales slump, but not forecast to last
By Eli Segall Special to the Pahrump Valley Times
October 4, 2022 - 10:50 am 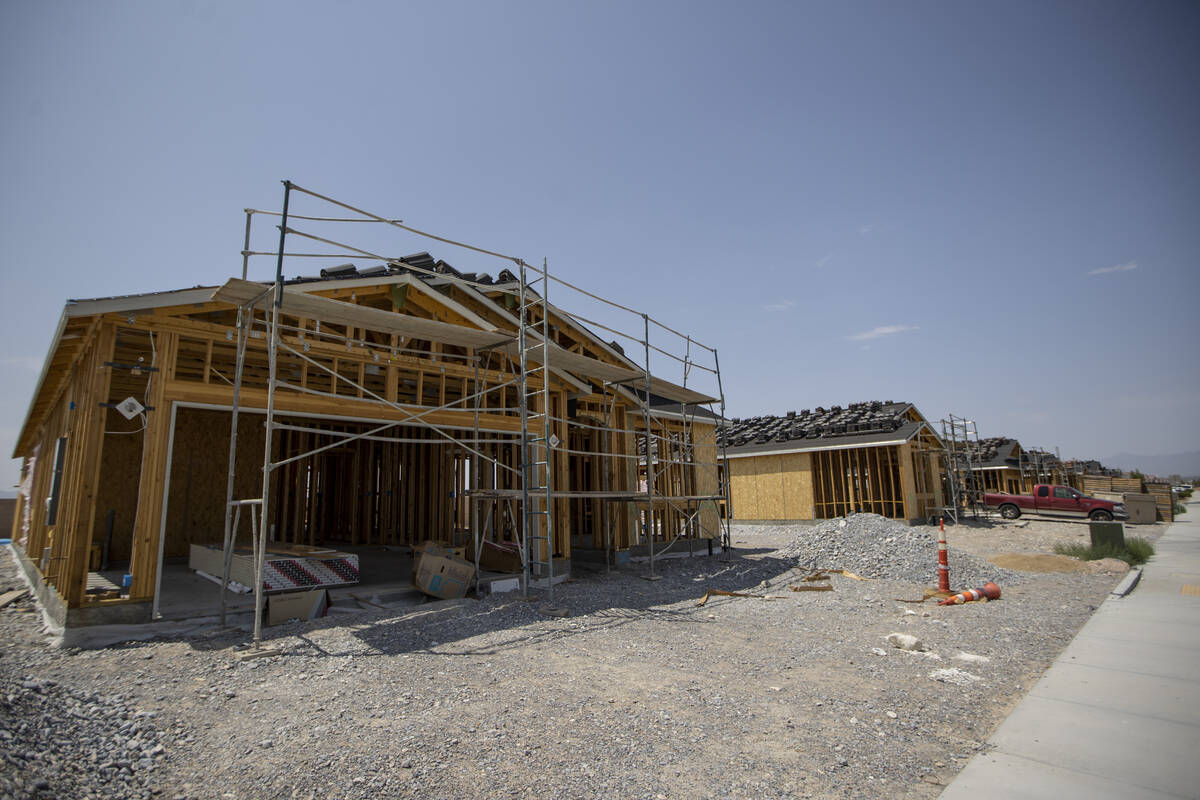 Erik Verduzco / Las Vegas Review-Journal file photo Builders logged 488 net sales — newly signed purchase contracts minus cancellations — in Southern Nevada in August, up 12 percent from July, according to Home Builders Research, which covers the Las Vegas area. In this photo, homes are under construction in the Burson Ranch community in Pahrump, Wednesday, Aug. 11, 2021. 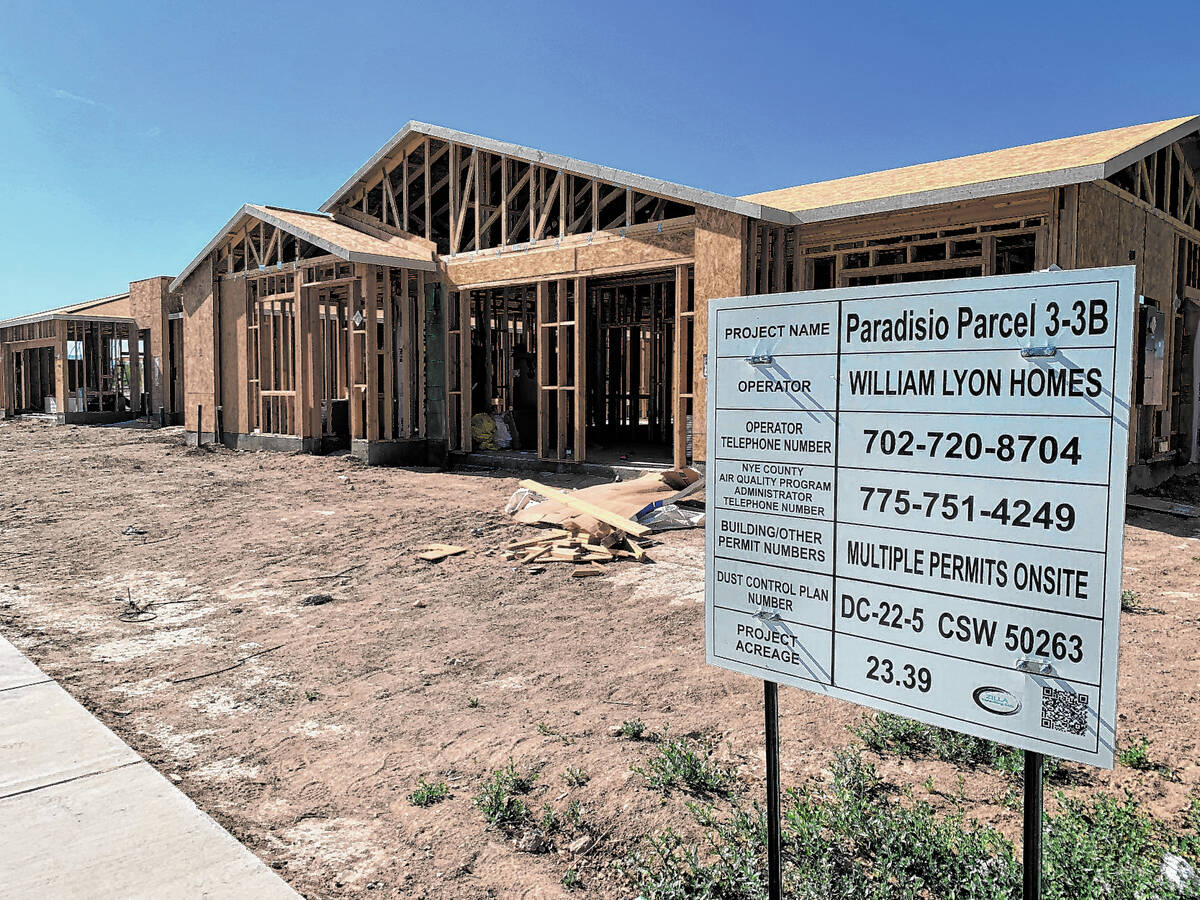 Brent Schanding/Pahrump Valley Times file photo New homes under construction on Tuesday, May 17 on Splendido Boulevard in the Mountain Falls community of Pahrump. U.S. builder confidence in the market for new single-family homes fell in September to its lowest level since May 2014, with the exception of spring 2020 at the onset of the pandemic, the National Association of Home Builders reported Monday.

Homebuilders reversed months of slumping sales in Southern Nevada and across the country in August.

But with mortgage rates climbing higher again, new home sales are expected to tumble once more around the U.S.

Builders logged 488 net sales — newly signed purchase contracts minus cancellations — in Southern Nevada in August, up 12 percent from July, according to Home Builders Research, which covers the Las Vegas area.

Before that, sales totals had dropped for four consecutive months.

Still, sales in August were down 44 percent from the same month last year, and builders’ land buying activity “has basically decreased to zero as they wait and see where things end up going into the end of the year,” Home Builders Research President Andrew Smith wrote in a report last week.

“Do not be surprised to see this lull continue for at least the next couple of months,” he added.

Not long ago, rock-bottom mortgage rates were fueling a buying binge in Las Vegas and across the nation. But house hunters pulled back in recent months amid higher borrowing costs, and at least one industry group doesn’t expect builders’ sales bump to last.

A “brief decline” in mortgage rates helped boost U.S. sales in August, though sales are “expected to move on a downward trend in the months ahead,” the National Association of Home Builders said last week.

Nationally, the pace of builders’ sales soared 28.8 percent in August from July, after falling almost every month this year, according to government data.

The sales jump showed “there is clearly sidelined demand for housing, but it is being constrained by rising interest rates that are pricing many potential consumers out of the market, particularly entry-level buyers,” Robert Dietz, chief economist with the builders association, said in a news release.

The average rate on a 30-year mortgage in August was 5.22 percent, down from 5.52 percent in June, according to mortgage buyer Freddie Mac.

Fueled by low borrowing costs — and by an influx of out-of-state buyers as people worked from home — Las Vegas’ housing market accelerated to its most frenzied pace in years in 2021.

Prices hit new all-time highs practically every month, buyers flooded properties with offers, and houses sold rapidly. Amid the buying spree, builders put buyers on waiting lists, regularly raised prices and, in some cases, drew names to determine who could purchase a place.

The Federal Reserve has raised interest rates multiple times this year in an effort to cool inflation, and in the housing market, higher borrowing costs have thrown cold water on the once-sizzling industry.

On the resale side in Southern Nevada, home purchases have tumbled, available inventory has soared, and sellers have increasingly slashed their prices.

On the construction side, buyer traffic is “weak” in many U.S. markets as more people “remain on the sidelines” because of increased mortgage rates and high home prices, Jerry Konter, chairman of the builders association, said in a news release last month.

In a survey that showed a continued slump in builder confidence, more than half of the builders reported using incentives to bolster sales, including free amenities and price cuts, the association said.