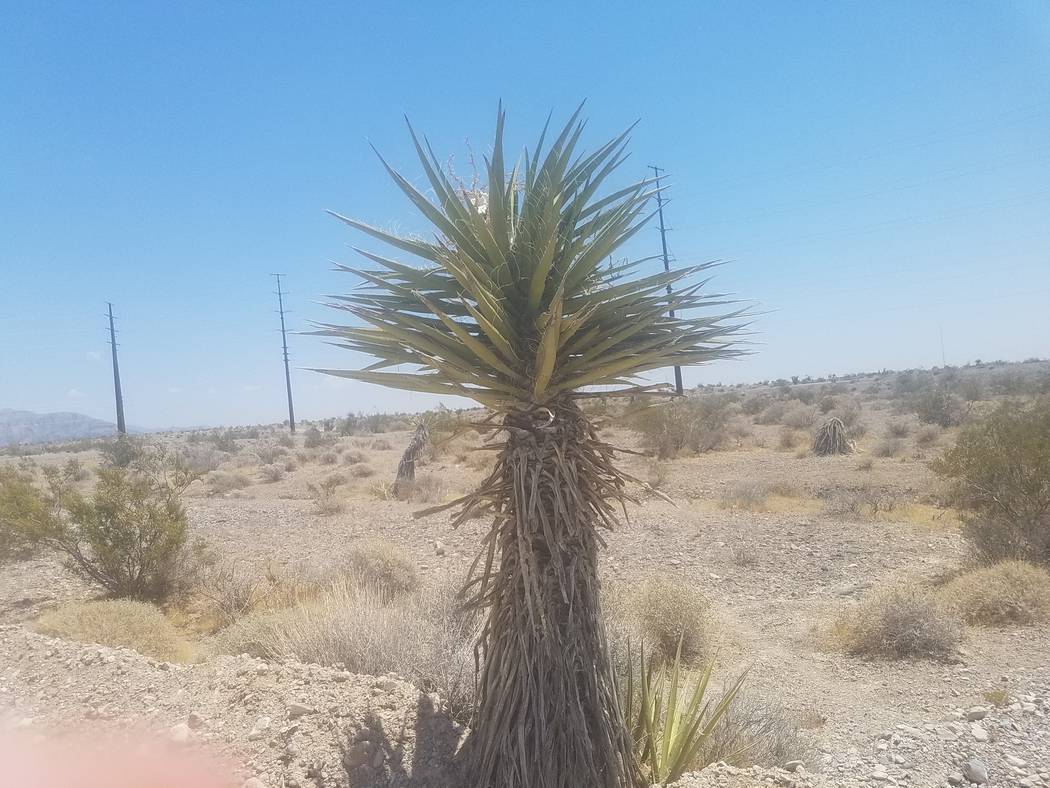 David Jacobs/Pahrump Valley Times Pahrump had an average maximum temperature of 104.6 degrees in July, while average minimum was 57 degrees for the same month. However, July wasn't a record setter, as Pahrump hit 104 degrees a few times since 1969, the National Weather Service said. The picture was taken on Wheeler Pass Road in Pahrump on a sunny hot day in July.

While Death Valley National Park just had the hottest July on record, Pahrump’s temperatures were not quite as high, according to the National Weather Service.

Chelsea Kryston, a meteorologist with the National Weather Service in Las Vegas said that average maximum temperature for Pahrump in July was 104.6 degrees, while the average minimum was 57 degrees for the same month.

The National Weather Service has weather records for the area dating from 1969 until the present, Kryston said.

“Looking at the whole period of time, there were a few times when Pahrump had 104 degrees as a mean maximum in July,” Kryston said.

“It’s hit it seven times. It’s not super out of the ordinary,” Kryston said.

July temperatures for Beatty and Amargosa Valley were unavailable through the National Weather Service.

The Community Environmental Monitoring Program, a network of monitoring stations located in communities surrounding and downwind of the Nevada National Security Site, showed that average maximum temperature for Beatty was 102.1 degrees in July and average minimum temperature for the same month was 72.2 degrees.

In Tonopah, the average temperature for July was 78.9, 4.2 degrees above normal and the warmest on record, the weather service said in a Facebook post. The measuring point is at the Tonopah Airport.

The average maximum temperature in July for Tonopah was 94.8 degrees, according to the National Weather Service.

“It’s about normal for Tonopah. Looking at the past few years, there are a few records above that,” Kryston said.

Meanwhile, the Death Valley National Park registered the hottest July with an average temperature of 107.4 degrees, the hottest month ever recorded in the Western Hemisphere, the Las Vegas Review-Journal reported.

Kryston said Death Valley’s extreme heat could be attributed to an anomalous cloud in an overnight period. The cloud cover in the night period keeps the ground warm because the radiation is not discharging.

“The temperatures were unable to drop lower, to what they normally are, which kept the average temperature for the month of July warmer,” Kryston said.