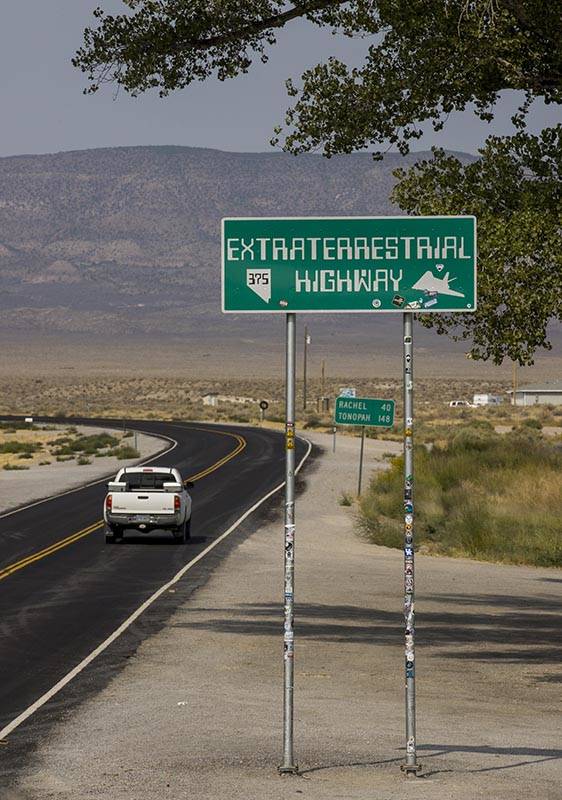 One of the Extraterrestrial Highway signs along S.R. 375 on Thursday, Sept. 17, 2020, in Hiko. (L.E. Baskow/Las Vegas Review-Journal) @Left_Eye_Images 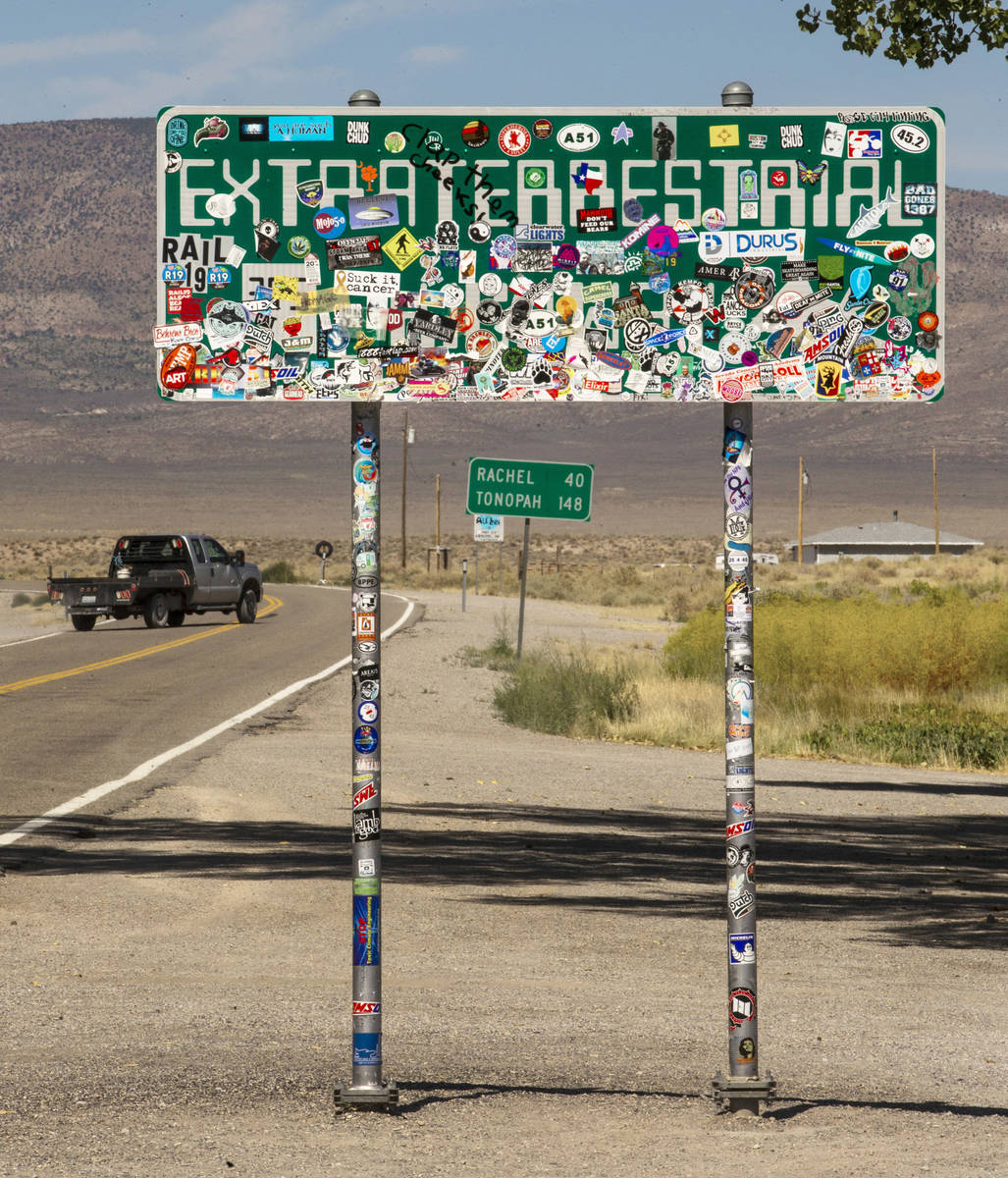 WASHINGTON — A widely anticipated report by U.S. intelligence agencies on Unidentified Aerial Phenomena was delivered to key congressional committees on Friday, but the unclassified version to the public said no definitive conclusions could be reached.

The report also found no direct link to reported incidents and alien aircraft, a theory that was heightened recently after the Pentagon released video and audio of Navy pilots who saw unexplained objects while flying missions.

Intelligence investigators did not find extraterrestrial links in a reported 144 sightings of aircraft or other devices apparently flying at mysterious speeds or trajectories. One of the sightings was determined to be a deflating balloon.

“The limited amount of high-quality reporting on unidentified aerial phenomena (UAP) hampers our ability to draw firm conclusions about the nature or intent of UAP,” the report’s executive summary stated.

One major conclusion reached in the report was that none of the phenomena witnessed appeared to be designed or produced by other nations, although it could not be ruled out.

There were 18 cases where witnesses saw unusual patterns of movement or flight characteristics, the report said. But analysts said more research was needed to determine if those sightings represented “breakthrough” technology.

The report prepared by the director of national intelligence was required by the Intelligence Authorization Act passed by Congress late last year. Intelligence agencies were given 180 days to prepare an unclassified and classified report on what the U.S. government knew about the objects.

The report’s findings were seen as just a beginning for more research, said Sen. Mark Warner, D-Va., chairman of the Senate Intelligence Committee.

Sen. Marco Rubio, ranking Republican on the Senate Intelligence Committee, pushed for more disclosure about the phenomenon. He called the report “an important first step in cataloging these incidents, but it is just a first step.”

“The Defense Department and Intelligence Community have a lot of work to do before we can actually understand whether these aerial threats present a serious national security concern,” said Rubio, R-Fla., in a statement.

The Office of the Director of National Intelligence and the Pentagon are creating a strategy to standardize data on UFOs, according to the report. The agencies said they will update Congress within the next 90 days, the report said.

“We take reports of incursions into our airspace by any aircraft identified or unidentified very seriously and investigate each one,” Psaki told reporters then.

Harry Reid, the former Senate majority leader, told the Review-Journal earlier this month he expected a lack of definitive conclusions, but said that justifies continued government research into the reports and sightings of unidentified aerial phenomena.

“I expect they are going to be fairly vague with what they come up with,” Reid said then. “We don’t have enough information now to be drawing conclusions.”

It was Reid in 2007 who urged initial congressionally approved research to determine the origin of unexplained craft and whether they might pose a threat to national security.

Reid was instrumental in the first congressionally funded research into unidentified flying objects in 2007.

Reid credits Las Vegas reporter George Knapp, of KLAS-TV, Channel 8’s I-Team, with bringing the issue to his attention years ago. (Knapp is a former columnist for the now-defunct Las Vegas Mercury and Las Vegas CityLife, both of which were owned by the Review-Journal’s then-parent company.)

Knapp persuaded Reid to attend a convention that focused on UFOs and unexplained phenomenon.

“It was interesting,” Reid told the Review-Journal last month in an interview. “There were some academics there and some interesting people — and a few goofballs.”

As majority leader, Reid urged Sens. Ted Stevens, R-Alaska, and Daniel Inouye, D-Hawaii, to tuck $22 million into the Pentagon’s “dark budget” for the Defense Intelligence Agency to carry out an initial investigation in 2007.

During a chat, the Alaska senator confessed that he had seen unexplained phenomenon as a pilot in World War II. Other sightings and unexplained observances had been reported, and the public was already hungry for information.

Reid said in the interview that he has never seen a UFO. He said he never wants to, either.

Reid’s Senate staffers at the time raised eyebrows. Their advice to Reid was to steer clear of the topic. He didn’t, he said, because of the reports and sightings and scientific research.

“I ignored my staff,” he said.

Nonetheless, Reid said he never kept his interest or his involvement in early research on UFOs quiet for political reasons, though he was conscious of negative connotations.

It was a national security interest and technology, he said. And because much was classified, he never spoke about it until he was approached by a reporter from the New York Times in 2017.

The story unveiled the program that would become known as the Advanced Aerospace Threat Identification Program and Reid’s role in helping establish it. The former director, Luis Elizondo, also outlined his role in the program in the Times article.

Elizondo has been widely quoted lately, including his recent claims that the Pentagon is trying to discredit him with a misinformation campaign about his involvement.

Meanwhile, the retired Reid has no role in the ongoing research program but sees his early interest in getting scientific research funding as a catalyst for Pentagon efforts now.

The pilots spoke publicly about their astonishment in the segment, after the incident was declassified by the Pentagon. They called the experience unsettling.