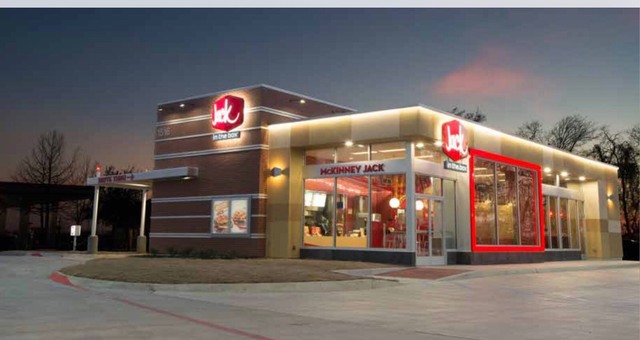 Jack in the Box hopes to have its Pahrump location open sometime this summer. The group behind the fast food chain is excited to be coming to the community. Special to the Pahrump Valley Times

With Jack in the Box set to come to the valley, the group behind the fast food chain is excited to be joining the Pahrump Valley.

Efren Perez, Las Vegas-area district manager for Jack in the Box, whose group runs 14 establishments in Clark County, explained that he and his group have eyed the area for some time.

“We have always wanted to come to Pahrump,” Perez said. “I have worked for Jack in the Box for 15 years in Las Vegas and there was always a want to go to Pahrump.”

After deciding to go ahead with the prospect of bringing a Jack in the Box to town, work to bring the popular fast food restaurant to the valley has moved slower than they had expected.

“It’s been over nine months,” Perez said. “There have been quite a bit of documents that the town of Pahrump has requested and we’re coming into a new town, so there was a lot of paperwork to get done… It’s just taking a little bit longer than we thought, but it’s a perfect time for us to come in this year.”

Perez said that there are two documents that still need to be submitted to the town before they can break ground on the site located at 640 S. Highway 160. Once they do get the shovels into the ground, things will move rather quickly.

“Once those documents are in and we get all of our permits, we will have 30 days or less to start breaking ground,” he said. “Then once we break ground, we’re looking at 90 days until we open.”

Perez said the goal is to have the Jack in the Box open in town sometime during the summer.

Perez is already looking to hire a general manager for the store but said the response has been light thus far.

“We put out an ad a couple of weeks ago, but we’ve had a very low turnout of applicants, I was surprised,” he said. “We were expecting a lot of resumes, but we only have a handful.”

The hiring for the rest of the work crew will begin right after the groundbreaking takes place, according to Perez.

“We will probably start with a crew of about 40 to 50 employees,” he said. “Depending on business, we might need more; we might need a little bit less. At this point, it’s a brand new market to us, so we’re not set on one number.”