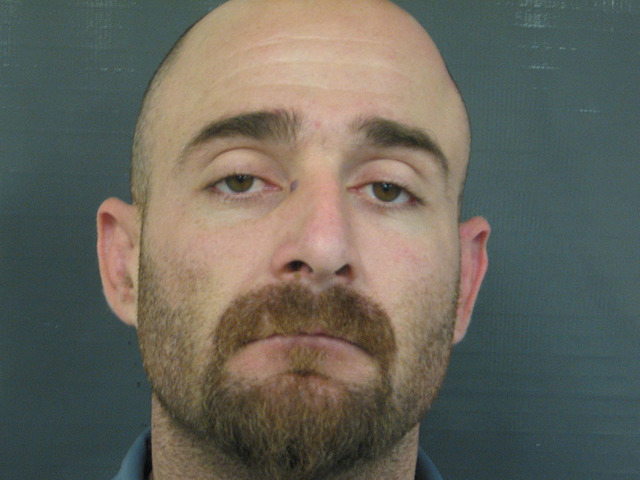 A man wanted for escaping a sheriff’s office jail work-release program was found Tuesday in a local park.

Moncada was supposed to check into the Nye County Detention Center Saturday evening after he finished his shift at a local thrift store owned and operated by his mother. It was only Moncada’s second day in the work-release program, which had allowed him to spend Fridays and Saturdays at his mother’s shop in lieu of sitting in jail.

Moncada was serving time on a District Court warrant, according to jail records. Records on file at the district attorney’s office show that Moncada has a lengthy rap sheet.

He was charged May 8 as a convicted person failing to register his address with local authorities. Additional records show Moncada was charged on April 1 with offenses involving a stolen vehicle, possession of a controlled substance, possession of drug paraphernalia and possession of less than an ounce of marijuana, first offense.

On Aug. 30, 2013, he was similarly charged with possession of a controlled substance. In 2012 he was arrested for petit larceny and in 2010 was busted on a drug charge, records show. In 2009, Moncada was sent to state prison for 30 to 75 months for burglary.

Nye County’s work-release program is only about a year old and is typically reserved for trusted inmates with few entanglements with the criminal justice system.

Sheriff Tony DeMeo said Moncada’s admission into the program was a mistake.

“There was a miscommunication, ” he said.

Assistant Sheriff Rick Marshall, who helped jump-start the program last year, said that a new supervisor was recently appointed to guide the program and failed to send Moncada’s application up the chain of command for approval.

“Those prisoners are in my custody so I’m supposed to approve it,” DeMeo said.

The new supervisor had his own superior, Lt. Mark Medina, approve Moncada’s application, but failed to get DeMeo and Marshall to sign off.

Given Moncada’s criminal history — and the fact that at first he wanted to be released to his mother’s home instead of her business — it was unlikely that Marshall or DeMeo would have allowed him into the nascent program to begin with.

“We have access to their records and things that we check that they don’t, including his history and such,” Marshall said. “We have taken steps to make sure this miscommunication doesn’t happen again.”

Moncada won’t be going anywhere anytime soon, except maybe to the courthouse. He is now charged with felony escape.

Moncada was one of only a handful of inmates allowed into the work-release program. Marshall said he thinks there’s only three or four inmates allowed to leave jail for work.