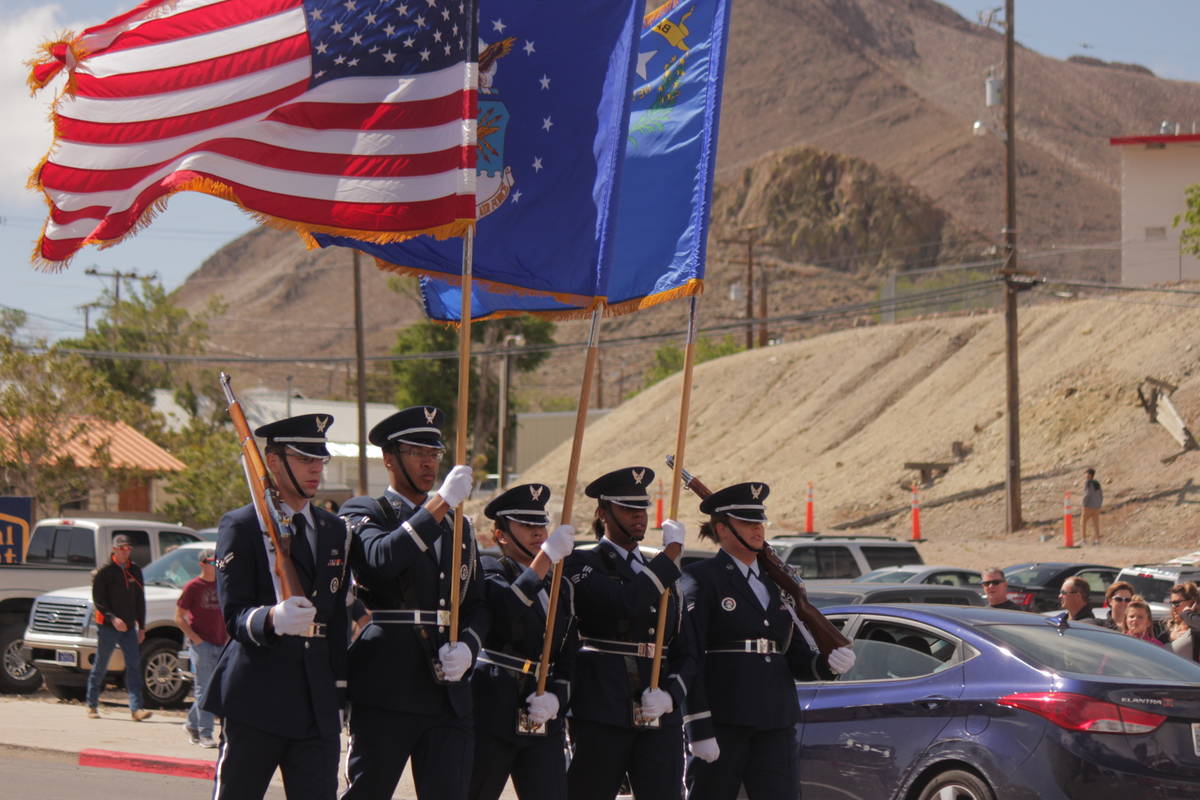 Jeffrey Meehan/Times-Bonanza & Goldfield News The Nellis Air Force Honor Guard was first to walk along Main Street in Tonopah during the Jim Butler Days parade in 2018. 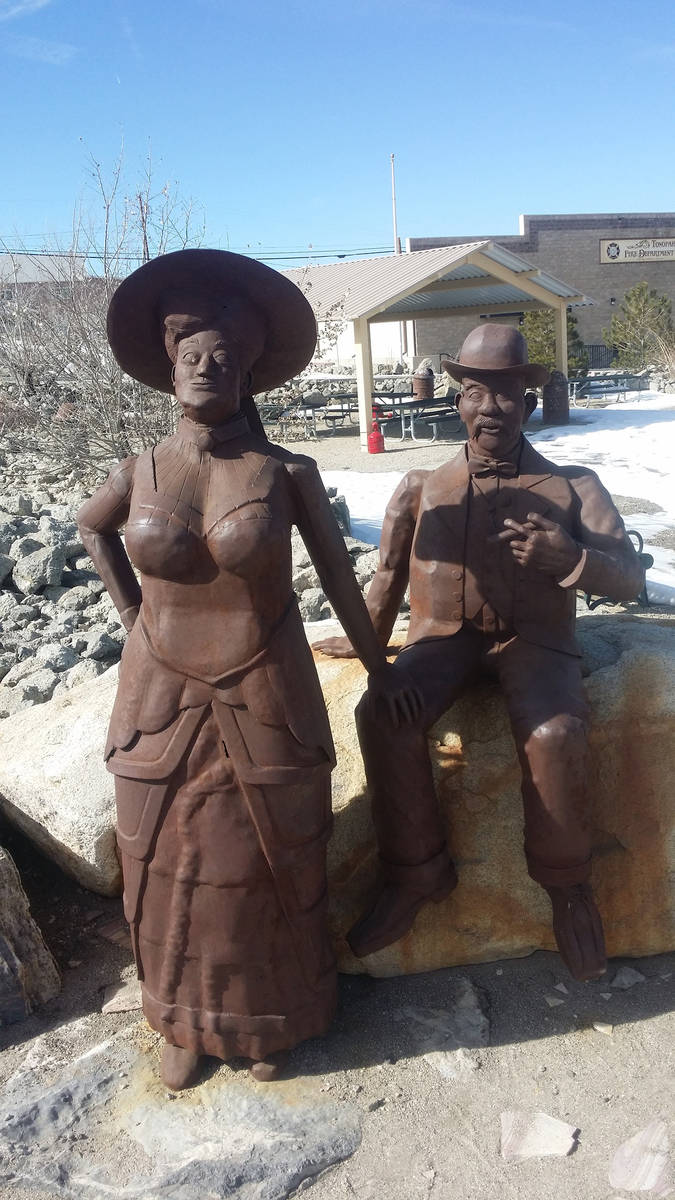 Times-Bonanza & Goldfield News--file A monument to Jim and Belle Butler is shown in a 2016 photo taken in Tonopah. 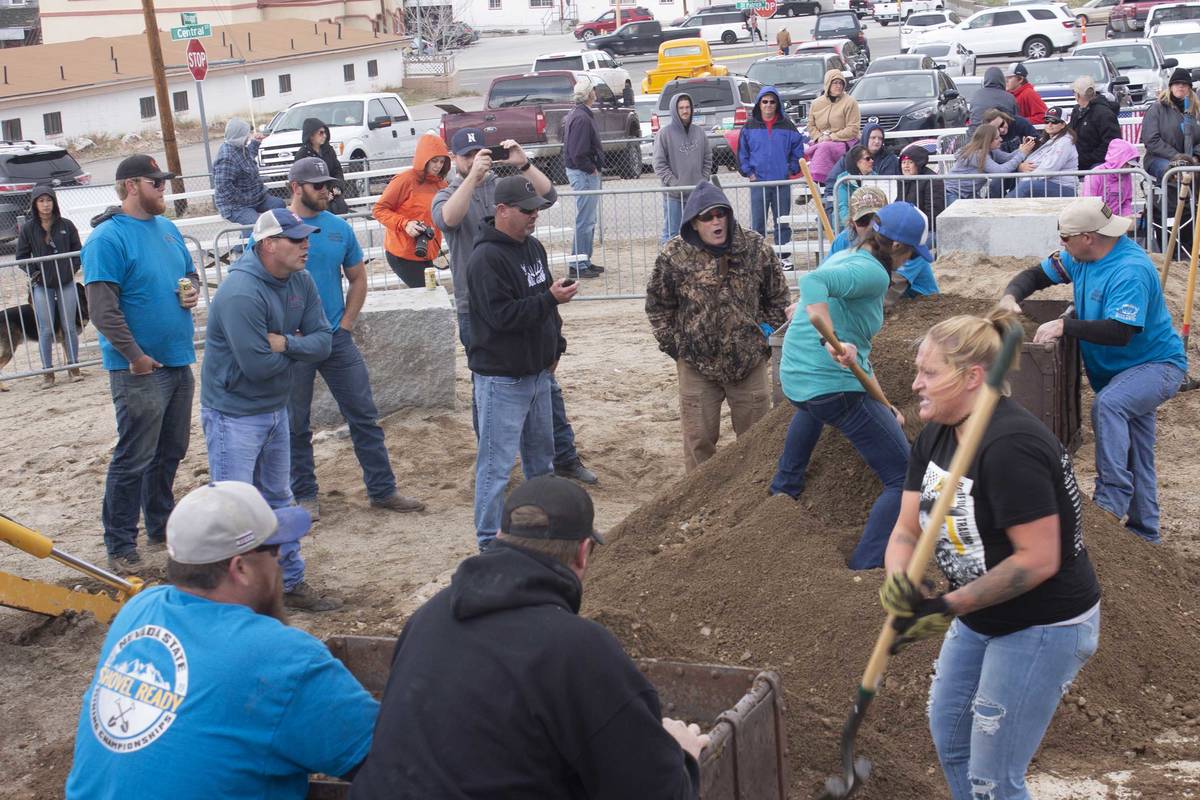 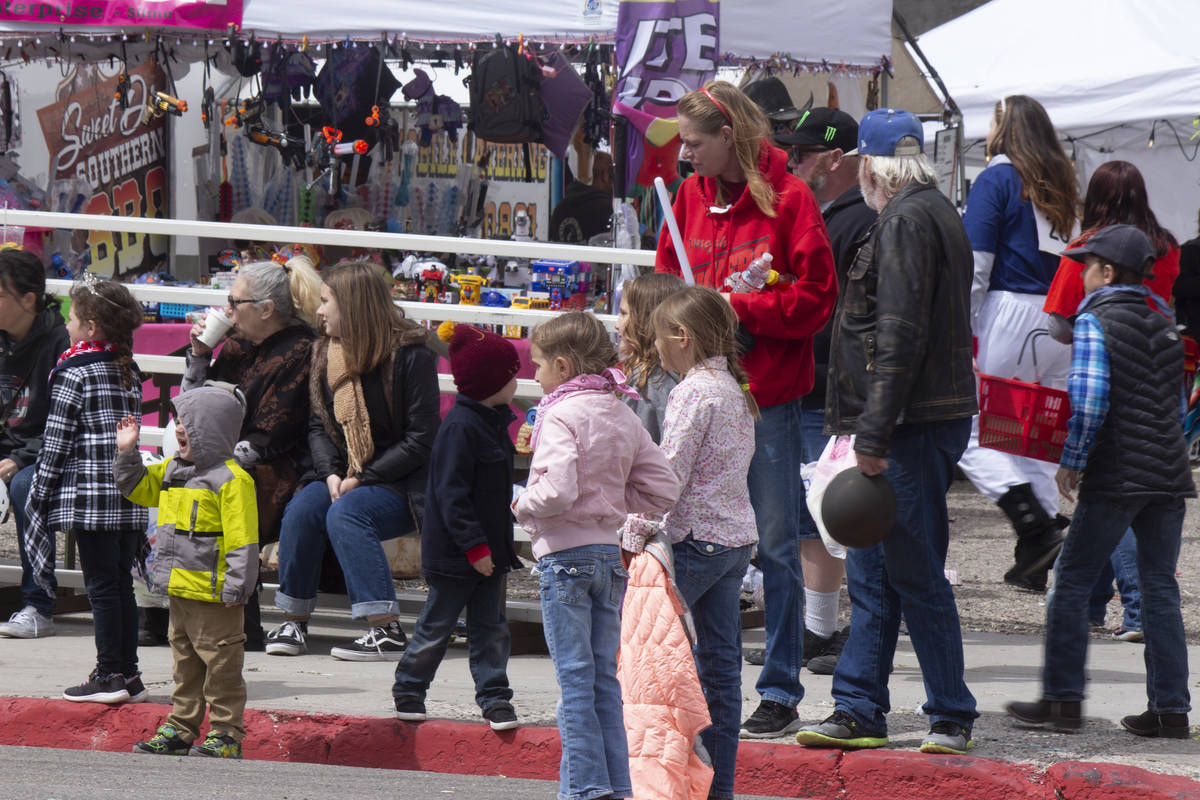 Jeffrey Meehan/Times-Bonanza & Goldfield News Children lined the streets during the parade at the 49th annual Jim Butler Days. The week-long celebration got underway on May 20, 2019. 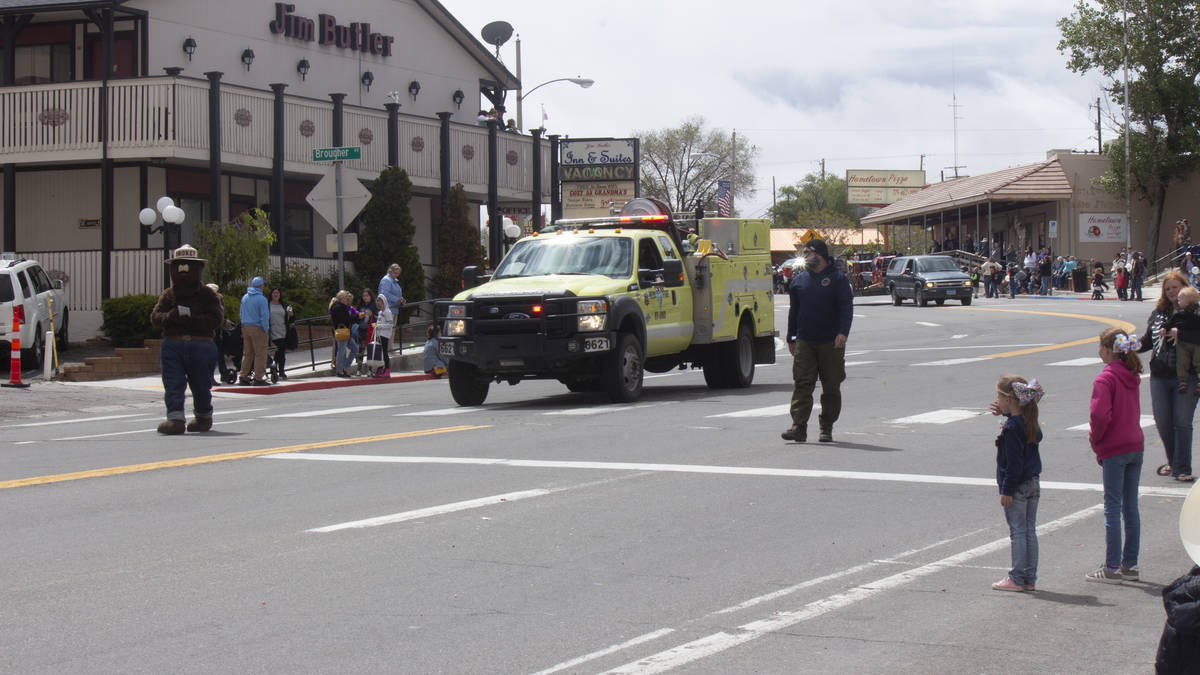 Jeffrey Meehan/Times-Bonanza & Goldfield News Candy and prizes were thrown to children during the parade at the 49th annual Jim Butler Days. Butler Days, a celebration of the town's founder, attracts people from all over the state and beyond.

The final details for the Jim Butler Days “golden” year gathering has been released and the festivities are set to get underway this weekend.

The events continue on Monday with the 2021 Jim Butler Days Talent Show, presented by the Community Youth Advisory Council. The event will start at 6 p.m. at the convention center at 301 Brougher Way in Tonopah. An admission fee of $2 per person is required, though registered performers get in free. The age divisions include zero to three, four to five, six to nine, 10 to 13, 14-18 and “older, if you dare!” the event’s literature states. More information can be obtained by contacting CYAC on Facebook @ CYAC Community Youth Advisory Council or by calling 775-482-7775.

Events pick up again on Friday, May 28, when vendors will be in the Downtown Event Plaza all day, across the street from the Mizpah Hotel at 103 N. Main Street.

Several events are planned throughout the day on Friday, including live music that gets underway at noon. A frozen T-shirt contest gets underway at 4:30 p.m. on Friday at the event plaza. At 6:30 p.m., there’s a bartender’s race at the plaza, and attendees can check out the 3-D Band starting at 8 p.m.

Vendors return on Saturday with a Muckers Pancake Breakfast at the Elks Lodge from 7 a.m.-9:30 a.m. After that, the Jim Butler Days Parade gets going at 10 a.m. After the parade, the Tonopah Library is hosting an open house until 2 p.m., where there will be games for kids, free hotdogs, chips and a drink. The parade winner will be announced a half-hour after it ends.

Don’t forget to make a stop at the Nevada State Mining Championships on Saturday. The events get underway at noon at the Tonopah Elks Lodge parking lot at 241 Central Street.

For more information on the list of events coming up, head to http://jimbutlerdays.com/schedule-of-events/

On Sunday, May 30, the Jim Butler Stampede will run from 1-5 p.m. at the Tonopah Rodeo Grounds. The Reeves Brothers will have a concert at the convention center; doors open at 7 p.m., where a no-host bar will be provided by Tonopah Liquor Co.