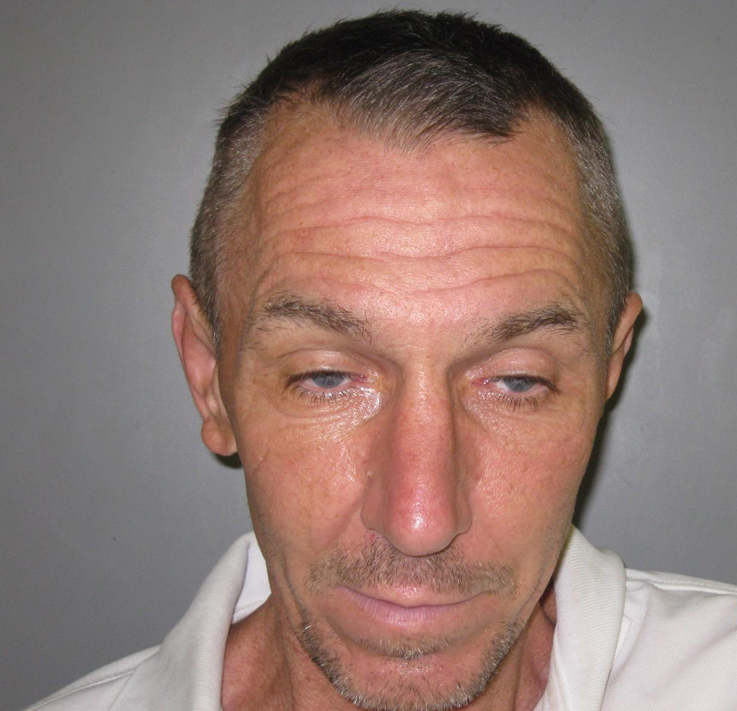 A Nye County Detention Center inmate who has been rushed to the hospital on several occasions after purposely ingesting plastic utensils and eyeglasses was denied a release from custody on his own recognizance last week by a District Court judge.

John Oliveira, 46, appeared in court Thursday morning following a report that mental health professionals had deemed him competent to stand trial in two cases he has pending.

The defendant was sent to Lakes Crossing, a state mental health facility in Sparks, for an evaluation at the request of his attorney.

Oliveira is currently facing charges of burglary and offenses involving a stolen vehicle, both of which he pleaded not guilty to during last week’s hearing.

After a trial date was set for next month in the burglary case, Oliveira’s attorney Harry Kuehn asked Judge Kimberly Wanker if she would be willing to grant his client a recognizance release from custody.

Kuehn explained his client has cost the county money on several occasions when he has ingested something inedible and had to be sent to the hospital for treatment and Nye County Sheriff’s deputies must be assigned to watch him around the clock while he recovers. He said it may be more cost-effective to allow his sickly client out of custody while he awaits further action in the two cases.

“Your honor, the Lakes Crossing report, as I indicated earlier, is probably the most uncomplimentary a client has ever had in my 33 years. But the true reality of Mr. Oliveira is this, when he was in (custody) early on he ate some Styrofoam and a pencil and he had to be hospitalized until those items passed and the sheriff’s office had to provide 24/7 coverage at the hospital. Then when he came back somehow he got a pair of eyeglasses and he swallowed those and he had to be hospitalized, he perforated his colon and had at least a temporary colostomy bag, and the sheriff’s office had to provide supervision 24/7,” the attorney told the court.

“When he was in that second time, the hospital determined that he needed heart surgery, so he was again sent to the hospital and he had heart surgery,” Kuehn said. “Having said that I met with Lt. (Mark) Medina, I met with District Attorney Brian Kunzi and just philosophically discussed how long we might keep Mr. Oliveira in custody when he’s so self-destructive and when he’s costing so much time and effort and morale.”

Kuehn said in light of those findings, it might be best to let Oliveira out of custody as he is likely not a flight risk in his diminished physical state.

Deputy District Attorney Michael Vieta-Kabell, however, told the court he believes Oliveira was the last defendant the judge should consider granting an OR release.

“He does this every time. I’ve never seen anyone go to that length to manipulate the system and to avoid their obligations to society and the courts. I feel for the sheriff’s office but they have a job to do. This gentleman is the worst candidate for an own recognizance release I’ve ever seen,” he said.

Wanker said she agreed with the prosecutor, telling Oliveira and his attorney she does not reward bad behavior by letting someone out of custody.

“This is a very, very manipulative attempt and unfortunately he thinks his bad behavior will be rewarded with an OR release and I’m not going to do it,” the judge said. “Maybe he shouldn’t be given any utensils to eat with, maybe he needs to just eat with his hands or be served sandwiches or something. The bottom line is I’m tired of him pulling these little stunts and thinking he’s going to get away with it,” she said. “The point is if he thinks he can manipulate the system and walk out the door. I don’t think so, it’s not going to happen, not on my watch.”

After he was ordered to remain in custody unless he can post bail, Oliveira told the judge he was just worried about being in custody and going through another heart surgery in the future.

“Mr. Oliveira, I told you before when you ate the plate and the cup and then ate the pencil…you should have thought about that before you behaved so badly,” she responded.

Oliveira will appear in court again on Nov. 14 for a one-day trial in the case of the burglary charge.