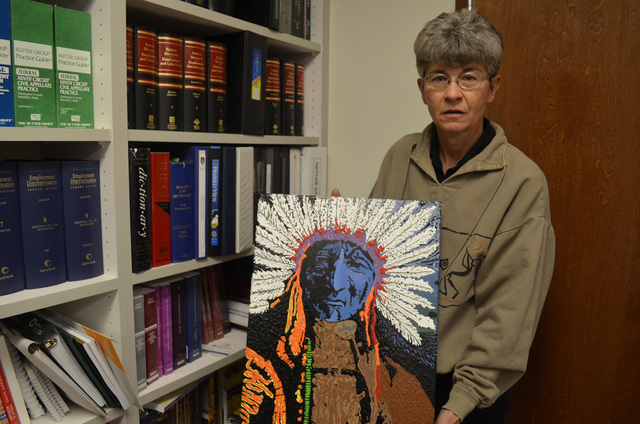 Nye County Fifth District Judge Kim Wanker meets with people from drug court every day as she travels to hear cases across the state’s largest county.

Every case is different but the common thread, Wanker said, is that those who end up in drug court often lack broader help, whether it be on a town, county or state level.

The slim-staffed adult drug court program in Nye County that is fed from other courts has become increasingly difficult to operate because of the lack of funding. The program runs in Pahrump and Tonopah and is being supported by a number of volunteers.

“We just have a lot of people (in drug court) and quite frankly, we have operated for the last year without a grant and so, that puts a lot of pressure you know, what the county finances are,” she added.

Recently, Wanker has been more optimistic after Nye County commissioners gave a go-ahead to the application for a Substance Abuse and Mental Health Services Administration (SAMHSA) grant for the Fifth Judicial District Adult Drug Court Program in Pahrump.

The coveted grant would be disbursed in the amount of $325,000 annually over the next 3 years, which Wanker hopes would pay for drug testing and other costlycomponents of the program.

According to Nye County documents, the grant will fund the existing contract with WestCare for counseling the Pahrump drug court participants, drug court personnel salaries, benefits and mandatory educational conferences.

With the help of the grant, Wanker wants to expand the existing resources and provide more supplies and counseling. She also hopes to hire two part-time court facilitators.

“We want to stop criminal behavior, stop this revolving door and rehabilitate people. Make them productive members of society. That’s our goal,” she said.

The deadline for the grant is April 4 but Wanker and her team won’t know until September whether they got it, as they have to compete with drug courts from across the country.

Nevada’s specialty courts created new opportunities for drug courts in rural parts of the state such as those in Nye County thanks to a $3 million funding that was provided by the 2015 Legislature.

In her office, Wanker has a picture from a program graduate.

“That’s one of my favorite pictures because the detail in that guy’s face is phenomenal,” she said pointing at the oil painting of a Native American man. “I get some really really talented people in drug court.”

Wanker often communicates with adult drug court program graduates. She said there are many success stories as those who have gone through the program stayed clean, found full-time jobs and were able to give back to the community.

“For me, it’s exciting to see the people change,” she said.

“We want to stop criminal behavior, stop this revolving door and rehabilitate people,” she added. “Make them productive members of society. That’s our goal.”