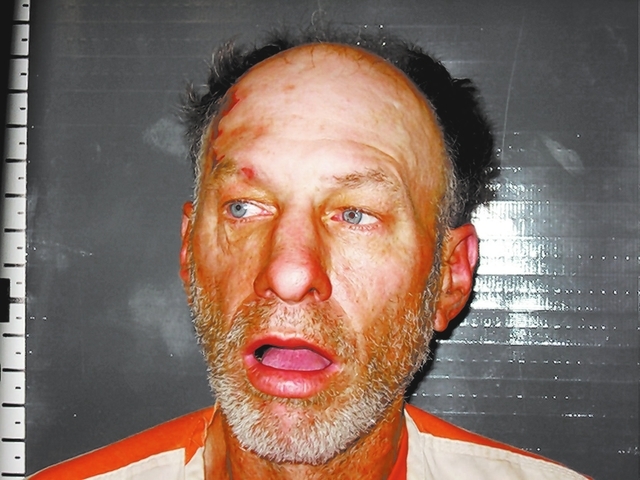 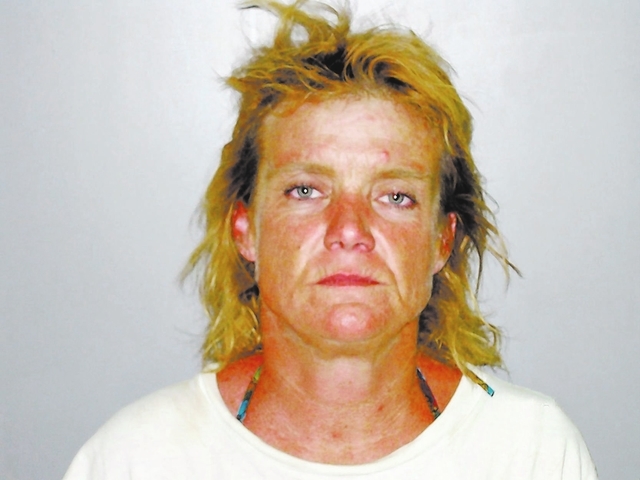 A District Court judge found two defendants in contempt of court last week after both allegedly tested positive for drugs. The judge warned both earlier not to come to court with drugs in their systems.

Ron Hoover and Clytee Phelps were each sentenced to 25 days in jail Friday during their respective court hearings after failing to heed the warning from Judge Kimberly Wanker on June 28 to come to court clean. Both tested positive in June, hence the judge’s admonition.

Wanker explained at both hearings the purpose of ordering the defendants to show up to court sober was that she could not legally move forward with their cases if they were under the influence of alcohol or drugs.

When the results of their tests came back Friday, both allegedly tested positive again for multiple drugs.

The judge said she didn’t know what else to do other than to find them both in contempt of court.

“I had Mr. Hoover drug tested and the reason I did that was when he was here on June 28 he was positive in the courtroom and I had ordered him to show up at the Drug Court this morning and submit to a drug test before the start of court, which he didn’t do. We got him drug tested and Mr. Hoover is again positive. I cannot move forward with sentencing with Mr. Hoover under the influence of drugs. And it’s multiple drugs this time, not just a single drug. Last time it was heroin which he indicated he had a prescription for, which he doesn’t, and this time it’s meth, methadone and opiates. So I don’t know what else to do other than to take him into custody and hold him in contempt of court,” Wanker said.

The judge added she didn’t believe he could follow her orders to stay clean even if she continued the matter again with him out of custody based on his criminal history.

Hoover was recently arrested after Nye County Sheriff’s detectives stopped him for a minor traffic violation and found he had allegedly thrown a bag containing meth and heroin out of his car window as he pulled over.

“He continues to proliferate a life of not being in compliance with the law and this is the only option. I warned him sternly on June 28 and told him he must come to court clean and sober and he’s not willing to do that. So if he’s not willing to help himself, I’ll help him to the point I can get him sentenced when he gets back here,” the judge said.

Wanker similarly ordered Phelps to spend 25 days in jail as well despite the fact Phelps said she had a medical marijuana card and was fully capable of appearing in court with marijuana in her system.

“Ma’am, I got my divorce and I tested positive for marijuana and I represented myself,” she told the judge.

Phelps added that she used the two substances as medication to treat her pain since she refuses to use prescription medications after a bad experience she had with them.

“I overdosed once on prescription medication, so I won’t take those anymore because of the circumstances of what happened,” Phelps explained to the judge.

“We had some concerns about her testing dirty so we continued her arraignment and we tested her today and she’s also tested positive for meth and THC. I’ve got to have her clean and sober to arraign her. So this is what I think I’m going to do, we’ll take her into custody for 25 days and set this for arraignment before then,” Wanker said.

Phelps’ attorney, Harry Kuehn, a public defender, said although he had made an objection on the record during the June 28 proceeding about his client being drug tested based solely on the charges pending against her, after some research he said the judge was free to modify the conditions of Phelps’ bail to state she must show up to all future court dates clean and sober.

“When the court announced the possibility of (drug testing), I did some research. It’s my belief you have the power to amend or modify bail and at the last hearing you essentially modified the bail conditions of my client that before she could come back and plead she had to be sober,” he told Wanker.

Hoover’s attorney, Tony Abbatangelo, similarly told the judge although he too initially objected to her decision to drug test his client when he did not appear to exhibit any signs of being under the influence, he respected her decision and agreed that she was within her rights to have modified Hoover’s bail.

Both Hoover and Phelps are scheduled to be back in court Sept. 20 for further proceedings in their respective cases.

In an unrelated matter, Phelps may now also be facing additional criminal charges after a bailiff reported to the judge during a later proceeding last week that she had allegedly broken out of her handcuffs while in a holding cell in the back and lit some toilet paper on fire with a lighter she had in her pocket.

The bailiff was reportedly going to prepare a report on the incident and submit it for review to the district attorney’s office for further review.