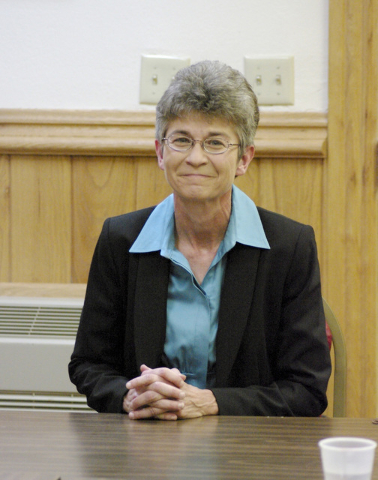 Wanker was handling a case between Kolena Brown and Robert Carson in 2012. On Nov. 13, 2012, Wanker held defendant Carson in contempt of court, sentenced him to seven days in jail and ordered him to pay a $500 fine. The finding of contempt was not in accordance with Nevada law in several respects, according to the findings of the commission.

The document that was filed by the Nevada Supreme Court on March 3, said that Wanker failed to enter the requisite order following her finding of contempt, which included a recitation of the facts constituting the contempt, the finding that Carson is guilty, and the prescribed punishment for the contempt.

Wanker failed to give Carson his right to due process, according to the documents. She also held him in contempt for statements or actions that do not constitute contempt under Nevada law.

In a statement to the Pahrump Valley Times, Wanker admitted to making an error.

“On March 3, 2016, I stipulated to a public reprimand with the Nevada Commission on Judicial Discipline. At a hearing in October of 2012, I made an error in the application of the law. I accepted full responsibility for the error and am in full compliance with the Commission,” she said.

As part of the provisions of the public reprimand, Wanker agreed to complete a minimum of two courses at the National Judicial College in Reno by no later than Nov. 1, 2016.

Wanker will complete the National Judicial College class “Management Skills for Presiding Judges” in Reno on May 16-20. She will also complete another class, “Ethics, Fairness and Security in your Courtroom and Community” in Reno on October 24-27. She will take both classes at her own expense.

Additionally, she agreed to make a private apology to Carson, vacate the finding of contempt to correct an earlier ruling and reimburse Carson for a $500 fine.

According to the documents, on Oct. 3, 2012, Wanker ordered a Nye County Sheriff’s deputy to travel to Carson’s home and to demand Carson submit to a preliminary breath test as part of an independent investigation. She also ordered the deputy to transport Carson to Quest Diagnostics and require him to submit to a blood-alcohol test. Wanker then directed one of her staff members to demand that Carson immediately pay for the cost of the blood-alcohol test.

The document however stated that Wanker failed to disclose one or more of her ex-parte communications that she had had with court staff, sheriff’s deputies and Quest Diagnostics personnel regarding the result of Carson’s blood-alcohol test.

In a document, Wanker agreed to waive her right to contest the allegations. The order takes place immediately.