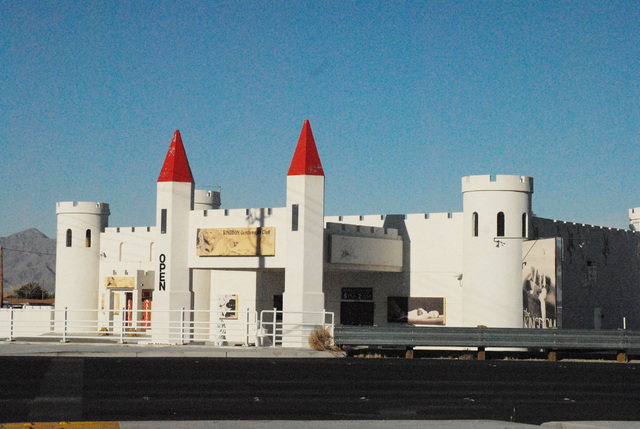 The owner of an adult themed local business, which closed its doors late last year, has decided to reopen.

Joe Richards, owner of the Kingdom Gentleman’s Club at the corner of Highway 160 and Homestead Road, said he plans to resume business within 30 to 40 days.

“I’m negotiating right now with a lease on it and I’m going to be coming back there,” he said. “We’ve been doing some work inside the building to upgrade a few things. I have kept all of my licenses valid.”

Richards said he plans to revive several of the amenities the club offers beyond drinks and dancers.

He said all of the necessary licensing for the club are in compliance.

“The liquor license is paid, The Madame Butterfly’s Bath Massage is paid and the Venus Bath Massage Salon is paid and Venus Adult Accessories is paid,” he said. All I need to do is get a few more things done and I’ll be in business.”

For several years, town and county officials sought ways to close down the club due to its sexually-orientated nature at a prominent location in the community.

The urging came from local residents who believed a sex-themed business should not be one of the first landmarks visible to those traveling into town from Las Vegas.

One method suggested was to first de-annex the property.

At the time, town attorney Bret Meich told town and county officials that the Town of Pahrump has no legal authority to annex or de-annex property.

Meich reached that conclusion after Town Board Member Amy Riches and former County Commissioner Gary Hollis sought to have roughly 10 acres of property along Homestead Road de-annexed at the request of Richards, who at the time expressed interest in selling the property.

“The law is pretty clear that an ordinance is necessary to annex property,” he said during a February 2014 town board meeting. “We can certainly review past ordinances to see if an ordinance was passed amending the boundaries of the town annexing property.”

Richards eventually made a deal with a party based in Utah and sold the property for $1 million.

“I did sell it and the owners are really good friends of mine and they had a little problem with it,” he said. “They thought about tearing it down at one time. We’ve been talking and they wanted to do something. I’m going to keep the same name because we have the same corporation, which is Kingdom and I still have a phone line in there. We’ve been doing some extra work to change a couple of things in it.”

Once the renovations are completed, and the hiring process begins, Richards said the club could open as early as May of this year.

“I’ll probably have at least four bartenders, all females of course,” he said. “I also plan to have a lot of new dancers. Most of the bartenders will be from Pahrump and a lot of the adult girls will be from Las Vegas and out of town.”

Richards also said he’s debating whether to retain his alcohol license or go in a different direction.

“I’m thinking about making it for 18 years old and up,” he said. “That would be a plus for me in Pahrump because we don’t have anything like that here.”

The original plans presented suggested the establishment would be a restaurant and bar.