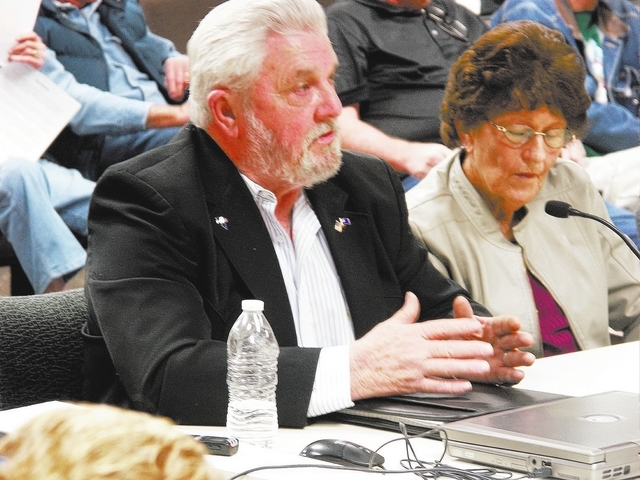 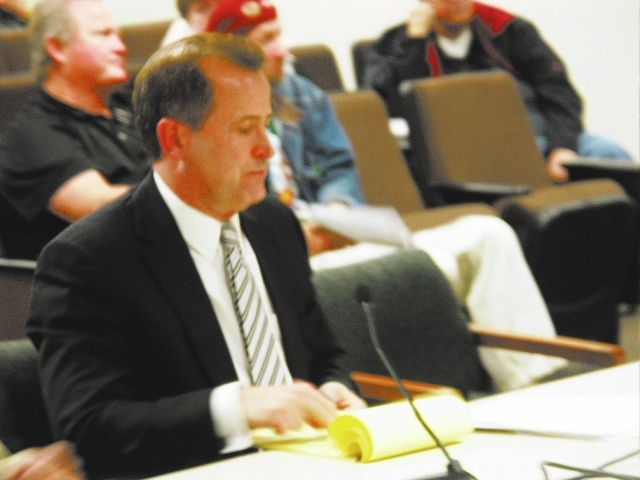 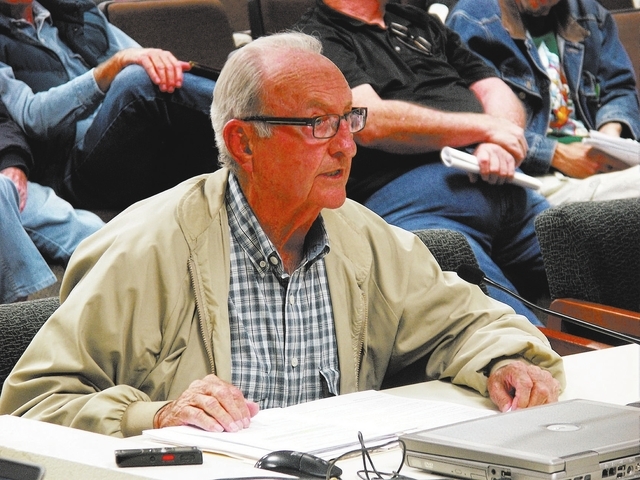 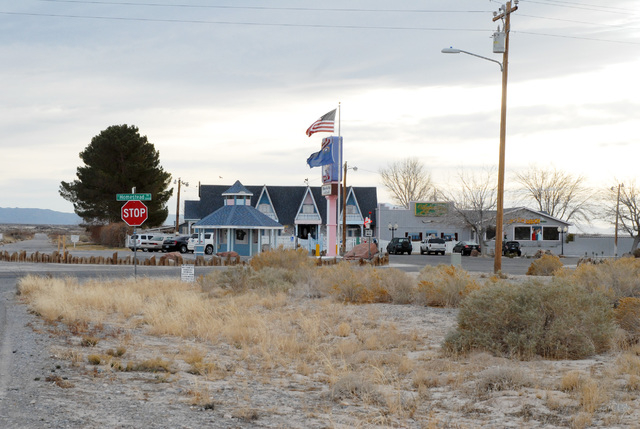 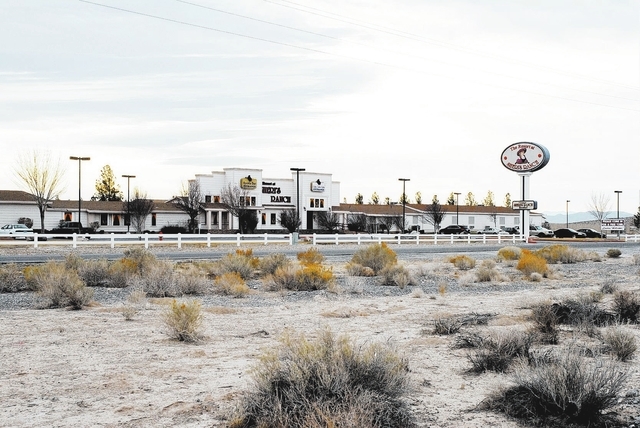 Moments after discussions started on an agenda item pertaining to the de-annexation of land on south Homestead, Pahrump Town Attorney Bret Meich made an announcement that caught many at Tuesday’s town board meeting by surprise.

“While I believe the discussion is appropriate and this board can consider any issues brought before it, it is my opinion that under Nevada law the town presently doesn’t have the ability to annex land,” Meich told the room. “Presently, Nevada law limits town boards and unincorporated towns from annexing unless they meet certain criteria and the town presently does not meet those criteria. For that reason, I don’t think we can annex or de-annex, although we are open to arguments to the contrary.”

Meich was referring to a move to de-annex 10 acres within the Town of Pahrump boundaries.

In exchange, Joe Richards, owner of the Kingdom Gentleman’s Club at Homestead and State Route 160, would agree to remove all sexually oriented advertising from the exterior of the establishment and agree to sign a non-development agreement for the property.

Meich’s revelation, however, seemed to deflate any hopes of board approval on the plan authored by board member Amy Riches.

This week Riches said she was contacted by former Nye County Commissioner Gary Hollis, who is representing Richards on the matter.

Hollis told the board he worked on the plan even when he was county commissioner.

“I had a couple of meetings with Joe Richards on this subject about what it would take to get rid of the Kingdom. After I left office, it gave me a little more time to work on it,” he said.

The former commissioner also told the board that Richards has shown an interest in surrendering his liquor license in an effort to attract a wider customer base to the gentleman’s club, which would then be able to cater to those at least 18 years of age.

Additionally, Hollis said Richards also has ideas of venturing into adult cinema at the location.

Board Vice Chair Bill Dolan reminded his colleagues on the dais that any action to approve the item could spell big trouble.

“We have no authority to say we should de-annex or annex something. This is solely on the books for the county and county planning staff to handle. By taking action on this tonight, and it’s voted to be de-annexed, we just violated an NRS (Nevada Revised Statute),” Dolan said.

Riches, meanwhile, said she has heard both sides of the issue from local residents who were quite vocal.

“I have received between 150 to 200 phone calls from citizens and it seems to be split 50-50. There’s a percentage that says they drive by the Kingdom and they don’t even know it exists. The other percentage is saying that it’s an eyesore and they want it out of town because it is not proper to have something like that on the main drag in Pahrump, especially when you are first arriving into town,” she said.

Riches suggested that the board “strike while the iron is hot.”

“This is our opportunity to get rid of it. I think Mr. Richards is being more than fair on this agreement,” she said.

Board member Dr. Tom Waters raised the question on why Hollis did not follow through on the issue while serving as a county commissioner.

Waters said after doing some research it appeared that Richards was less than forthcoming in previous proposals with local officials about the Kingdom property.

“The property owner promised the Board of County Commissioners that the property on 160 would be a family-oriented restaurant, but it became the Kingdom instead. So why would this agreement or any agreement would be treated any differently? And if it is such a good idea, why wasn’t it done when you were part of the commission?” Waters asked.

Hollis responded by suggesting he did not have ample time to complete the deal before leaving office in 2012.

“That’s a very good question, but I had to be careful as a county commissioner meeting with Joe and bringing it back to the board. Time restraints for me were the main thing. This didn’t happen in one meeting. It happened during several meetings and most of it was after I left. I am telling you Dr. Waters that if you want to get rid of the eyesore at 160 and Homestead, I have done my job,” Hollis said.

One person who had a difference of opinion with Hollis was attorney Mark Connot, who represents Sheri’s Ranch.

Tim Hafen, a Pahrump resident since 1951, and developer of the Artesia and Cottonwoods subdivisions, also was not in favor of the proposal.

“I agree with the movement to get rid of the gentleman’s club at the corner of Highway 160 and Homestead Road. It’s my feeling that the investment in the Kingdom is way too much just to close it up and walk away and I don’t believe that will happen. History tells me that the Kingdom will continue one way or another with a similar business. I just oppose this proposal because I don’t believe it will accomplish the intent, which is to close down the white castle. It will never happen. The contract is only as good as the two parties involved,” he said.

After further discussion, the board voted unanimously to allow staff and legal counsel to look into other options.

The board is expected to revisit the item at a later date.