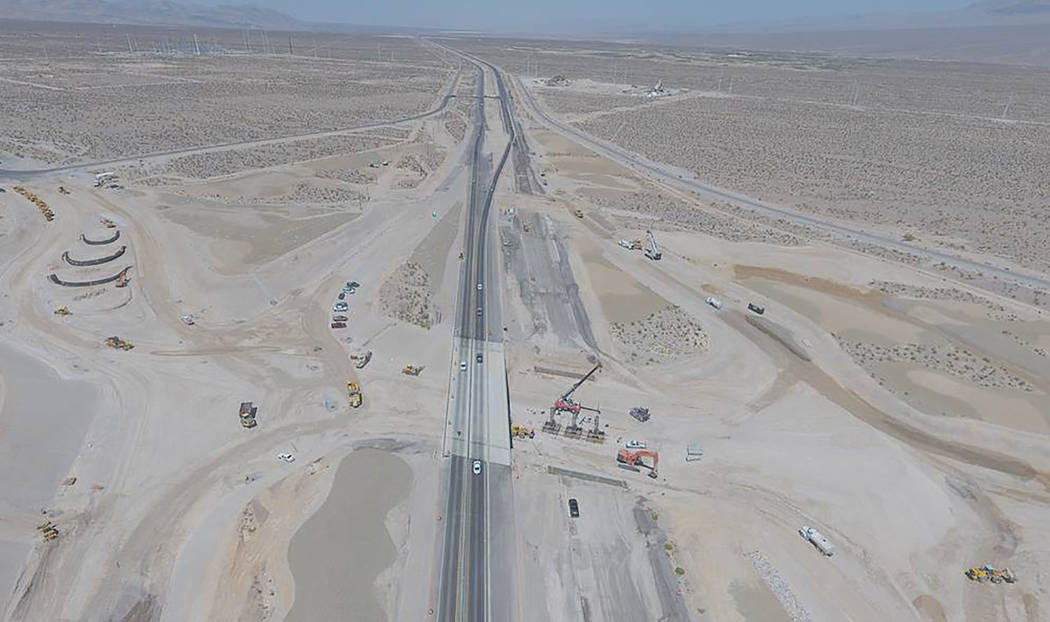 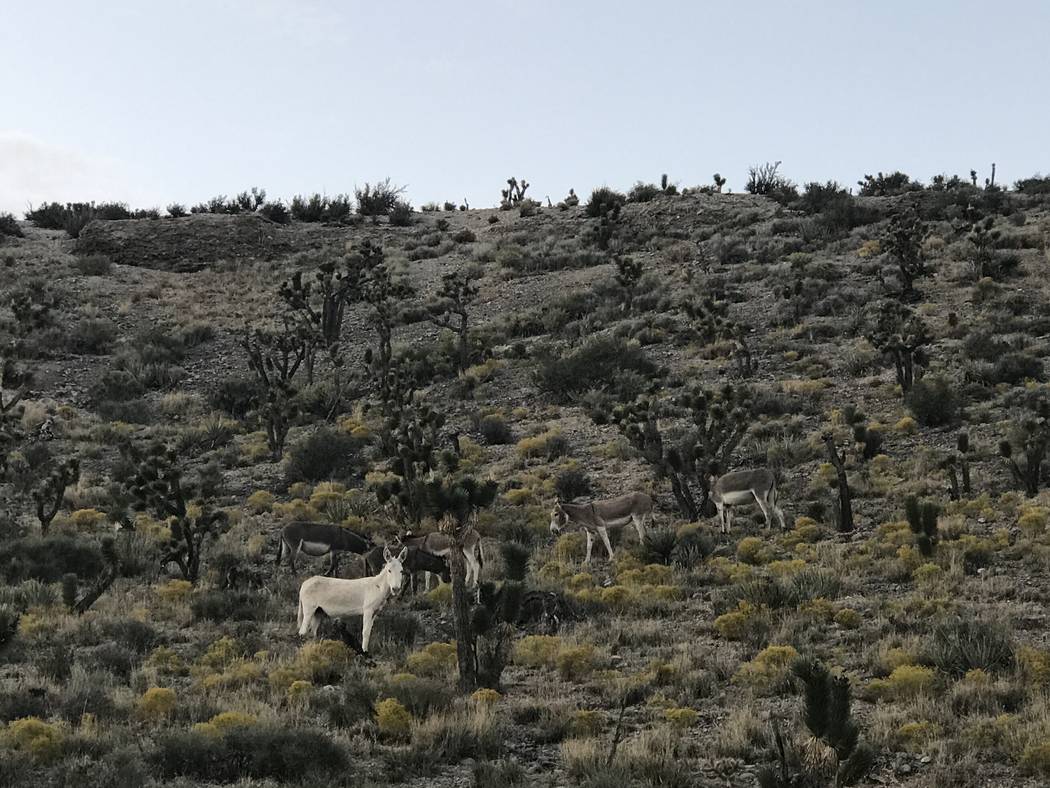 Henry Brean/Las Vegas Review Journal A rare all-white burro stares down from a hillside along Kyle Canyon Road as shown in a 2017 file photo.

The concrete cast-in-place structure measures 184 feet long – the length of two basketball courts laid end-to-end – and carries three lanes of traffic, NDOT said. Both directions of traffic will travel over the new southbound structure while construction of the northbound bridge continues. Work will finish in the spring of 2019.

“This project will relieve congestion, improve efficiency and enhance safety in fast-growing northwest Las Vegas while providing capacity for future growth and development,” NDOT Director Rudy Malfabon said in a statement. “Currently, over 52,000 vehicles daily travel through this corridor; however, traffic is expected to more than double over the next two decades.”

Wrong-way detection signs have been proven to reduce wrong-way events by 38 percent, according to the Texas Transportation Institute.

Additionally, the project will place 11,200 feet of concrete box storm drainage and 400 feet of open channel between the Centennial Bowl and Grand Teton Drive for the Clark County Regional Flood Control District.

Motorists should use caution while traveling through the work zone, heed construction signage, and take alternate detour routes, if possible, NDOT said.