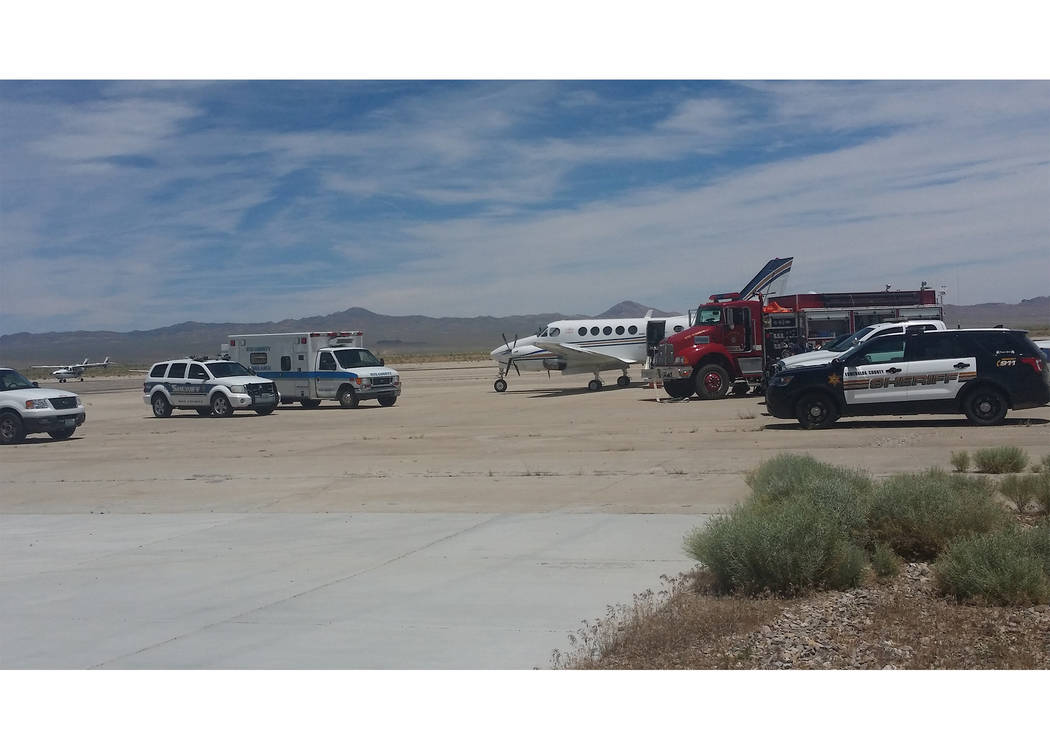 David Jacobs/Pahrump Valley Times A medical airplane from Life Guard International/Flying ICU is shown in a 2016 photo at Local Public Safety Day at the Tonopah Airport. The event included representatives from Nye, Esmeralda and Mineral counties and the Town of Tonopah.

A Las Vegas-based company that provides medical transport services to the ill and injured is reaffirming its commitment to Tonopah and the region, a wide geographic area that’s been without a hospital since August 2015.

“We care about this community,” said Carl Bottorf, Life Guard International’s program director. “Tonopah is something we have come to understand. We love working here. We know that we have resources to offer that no one else has been willing to offer to this point.”

“We plan to continue to fly patients from here, save lives from here and be an integral part of the emergency medical community,” he said.

At issue was the status of a Life Guard aircraft for Tonopah.

“So no one is doing anything other than that, just taking care of a lease,” Wichman said. “It has nothing to do with the service. They are still here as they have been in the past.”

On March 15, Bottorf expressed concern about the Feb. 7 meeting.

“We feel they (county commission) were provided information to say that we had abandoned the community…” Bottorf said. “I don’t know where they got this information from, but it’s pretty clear we haven’t done that …We are not ghosts. People who abandon the community don’t save lives. We save lives.”

Life Guard said that it has requested by official letter that Nye County commissioners withdraw the lease termination.

“Without the hangar, Life Guard will be unable to provide these services, and then the concerns of the public will be realized,” the statement read.

In an interview, Bottorf cited concerns over whether a Life Guard medical plane remained in Tonopah or had been pulled out of town.

“When we pulled our plane in August, the plane was scheduled for maintenance,” Bottorf said. “The plane had to go to North Carolina and have engine overhauls done. That is a regulation. The plane is back. The plane came back. There were delays, but it came back Feb. 7.”

Wichman said last week, “If they want to put a plane in there, they can definitely re-up their lease.”

“If they’ve got their equipment back out there, and they need a hangar, you bet we’ll help them,” Wichman also said, adding that she would be willing to listen to Life Guard concerns.