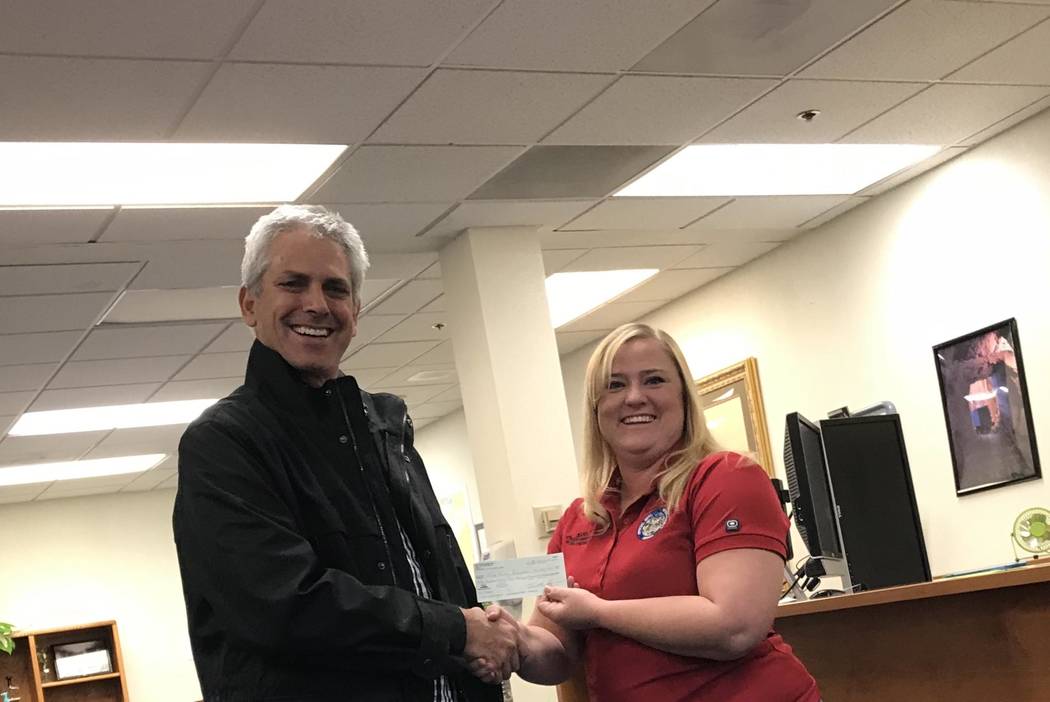 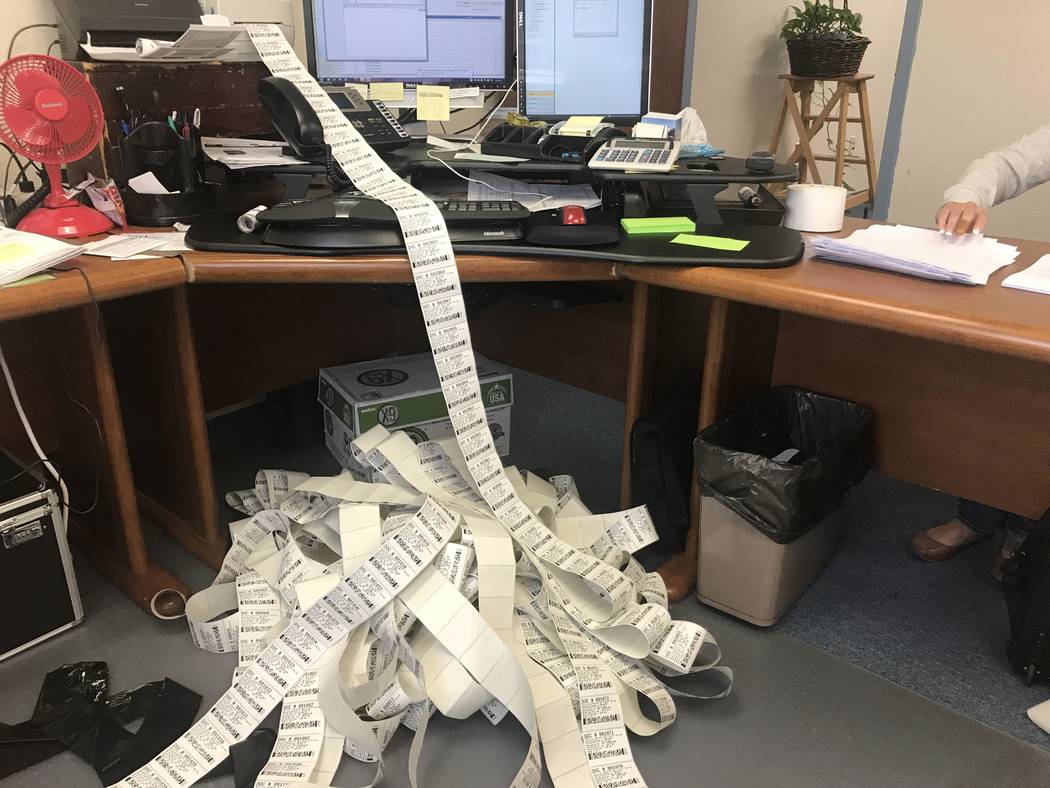 Special to the Times-Bonanza & Goldfield News Hundreds of claims were processed by the Nye County Recorders Office on Oct. 18 for a mining company seeking to explore Railroad Valley for lithium. The company, 3PL Operating Inc., made 2,843 claims in the region. The group now holds 94 square miles of land for its exploration efforts.

The Nye County Recorder’s Office in Tonopah had a busy day in the second half of October when a group seeking to mine for lithium in the Railroad Valley area staked hundreds of claims.

The mining group has been working in the region for several years and started to see competitors eyeing the area of the claims, said Vincent Ramirez, CEO of 3PL.

“…We decided to pull the plug and take the claims that we believe is a lithium discovery,” he said.

The mining group, a private company, picked up the claims for about $20 each. Ramirez’s total claims for the Railroad Valley area in October equate to 94 square miles, he said.

Ramirez has years of experience in the oil and gas industry, working across the globe over the last three decades.

For the last decade, Ramirez said he’s been focused on Nevada.

He has focused on the Nye County claims for the last five years, he said.

The mining group also has a list of investors, many of which are Canadian.

To date, there is only one active lithium mine in the nation, which sits in Esmeralda County in the town of Silver Peak.

But Ramirez’s group could change that.

“We’re not as speculative as our competitors, as evidenced by the amount of acreage we have claimed and the amount of investment we have put into this so far,” he said.

Ramirez pointed to the cost of several years of research and over $1 million, just in fees, paid out.

“I think it’s going to be a real eye-opener for a lot of people what we’ve learned about lithium,” Ramirez said. “Of course, the truth will be in the drilling.”

“We are investigating direct extraction,” Ramirez said. “This is lithium that goes through a plant and then you run the water, the brine, back into the subsurface.”