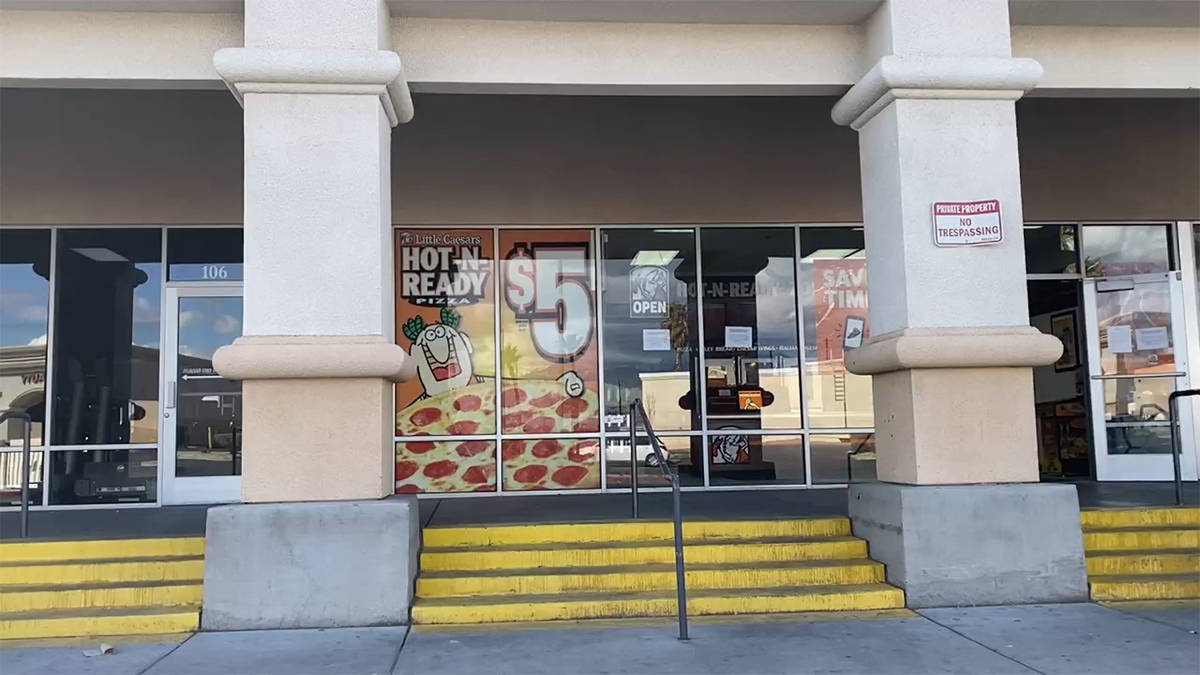 Jeffrey Meehan/Pahrump Valley Times Participating Little Caesars have been asking customers to “pie it forward” to their nearby hospitals, police and fire departments through the Little Caesars app or order online at littlecaesars.com

Little Caesars in Pahrump has worked to deliver pizza to area first responders as part of a national effort to deliver a million pizzas to health care workers and and police and fire crews across the nation during the COVID-19 pandemic. Nye County’s law enforcement officers and fire crews have been on overtime to serve the public during the public health crisis.

Conrad Serrano, owner of Little Caesars, started a donation process to sheriff’s officers in Nye County and to Pahrump Valley Fire and Rescue, to thank them for their hard work.

Little Caesars began donating pizzas two times a week since mid-April. Little Caesars, at a national level, has worked to donate one million pizzas across the U.S., which the company estimated could serve four million meals to hospitals and first responders across the nation, to show their appreciation for their work during the COVID-19 health crisis.

Serrano stated, “Our crew in the store are heroes themselves. They continue to serve our community day in and day out. We are truly blessed to have such amazing staff that cares as much about the citizens of Pahrump as we care about them.”

The crew at Little Caesars handled the deliveries because this is important to them as well.

As for the pizza, each pie goes into a 500-degree oven and is never touched by human hands after that. Every pizza is boxed and sealed with a tamper-proof sticker. The pizza is then held at a safe temperature until it is sold.

Little Caesars has an app to order through. The food is put in a warmer and you can pick your food up without interacting with anyone at the store.

Participating Little Caesars have been asking customers to “pie it forward” to their nearby hospitals, police and fire departments through the Little Caesars app or through online ordering at littlecaesars.com

According to Serrano, this program is voluntary for independent franchisees, and states, “It was never an option for us. We would never miss an opportunity to say thanks.”

For more information about Little Caesars, visit their website at LittleCaesars.com or call 775-751-5556.