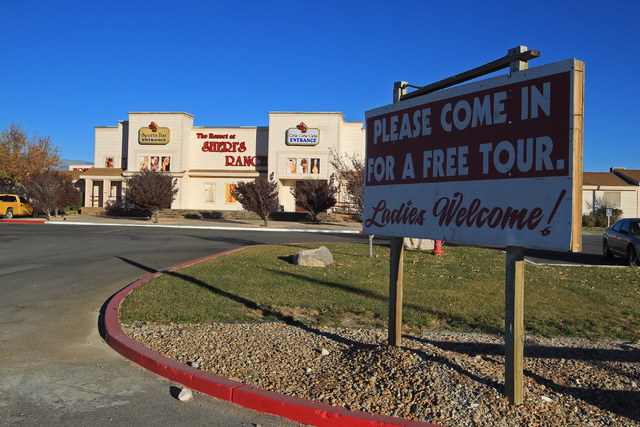 Now that Senate Minority Leader Harry Reid has announced he will not seek re-election in 2016, everyone is trying to get in on celebrating his career, including an industry Reid tried to abolish.

Pahrump brothel Sheri’s Ranch extended an offer to Reid and his associates to host his retirement party at their property, offering their full range of services.

“We have a beautiful 20-acre property with a hotel and restaurant on-site, and a full time chef, service, and security personnel,” a blog post on Sheri’s Ranch website stated.

The post even went as far as to allude those who work around Reid may already know exactly what Sheri’s Ranch has to offer.

“As far as activities that we can offer attendees, many of your colleagues are intimately aware of our offerings, but we may have added new options since they last visited,” the blog post said.

Despite Reid being an outspoken opponent of the prostitution industry in the state, Sheri’s Ranch thanked the Senate leader for a variety of topics that they claim have improved the legal prostitutes well-being.

Citing Reid’s involvement in Obamacare, helping pass the Patient Protection Affordable Care Act, and being a supporter of LGBT rights, which have all benefited the brothel workers’ living situations.

“Harry Reid has been a critic of legal prostitution in Nevada and when we heard he was retiring we really thought about it … and we realized while he was a critic, he really didn’t gain that much ground with regard to his criticism,” said Sheri’s Ranch spokesperson Jeremy Lemur. “We realized he (Reid) actually did more good to Nevada’s brothel industry than ill, over the course of his political career.His actions have actually improved the lives of Nevada brothel workers.”

A lot of the ill will between the brothel industry and Reid came from remarks he made in February 2011 at the Nevada Legislature.

“Nevada needs to be known as the first place for innovation and investment, not as the last place where prostitution is still legal,” Reid said in a 2011 Las Vegas Review-Journal article.

Although Sheri’s Ranch would live up to their offer, there’s no expectation for Reid to respond to their invitation.

“Realistically speaking, we don’t expect to hear from his office,” Lemur said. “However, if he were to be interested in the offer we would certainly make it happen. We would be delighted to host his retirement party.”

The Reid retirement offer is the latest publicity stunt from Sheri’s Ranch, as they have used notable events in the past to come up with some interesting propositions.

Playing off what many are billing, “The Fight of the Century,” the brothel offered fans a promotion tied in with the Floyd Mayweather versus Manny Pacquiao showdown in May.

For a mere $100,000, Sheri’s Ranch would give anyone that would ante-up the money “The Sex Package of the Century.” Included in the six-figure price is two tickets to the fight (which are going anywhere from $1,500 to $10,000 a ticket), round-trip airfare from the patron’s hometown to Las Vegas, limo service to the fight and back to the ranch, and last but not least, “quality time” with all 24 ladies that Sheri’s Ranch houses at any given time.

Other promotions used were a “Fifty Shades of Grey” experience package trying to capture the excitement of the successful movie and book franchise.

Another stated that if the recent rash of professional athletes and sports commentators getting busted for illegal prostitution, including former UNLV and NBA star Greg Anthony, used Sheri’s Ranch, then they would have a variety of benefits including: keeping their jobs, staying out of the media, and “team building” with their legal courtesans.